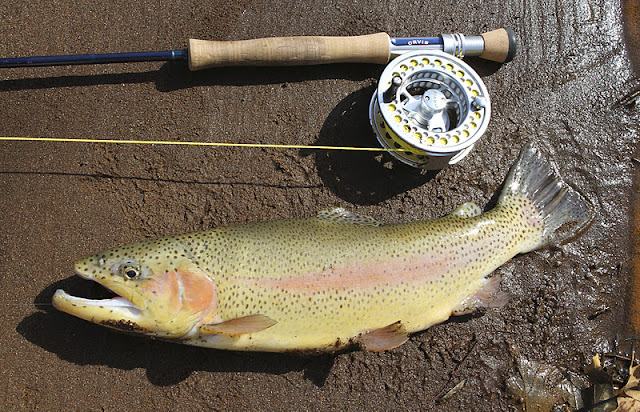 I am finding the striper bite has slowed down the last few days. Guys were into fish Saturday night and Sunday morning and since then it's just about stopped, although I met a guy late today who said he got one this morning. I think the ridiculous rock crab hatch is done, and now we will find the bass on something else, like sand eels. The crabs had been hot mid MoCo and sand eels off Sea Bright and Monmouth Beach, well now I think the sand eels are coming down to a town near you.
So today was such a nice day that after finishing up some image file sorting and editing I decided to change 180 degrees and go TROUT fishing! It has seemed like an eternity since I've been out on a stream or river, and it was great. It was such a nice day that I didn't even care if I caught anything, but the above beauty made it even better. Not only was it pretty, it was strong. After a quick pic and some to and fro in the water it splashed me good bye, or, said f@%k-off! I had another nice fish on while fishing low and slow with a dark brown Woolly Bugger but lost it on the way in. I look forward to getting back out there soon. 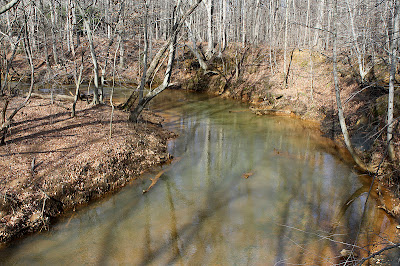 It was really the first time I was able to fish with the new Orvis Hydros floating line, and man it stays on top of the water like a bobber. It was great because there were so many hazards in the water all I had to worry about was the fly getting caught, and not my line. 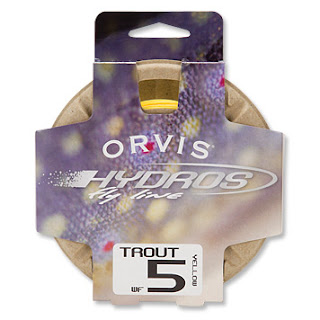 I had to see what was going on down by the ocean on my way home so I stopped and found at least a dozen guys fishing the groins along the shore towns. I watched and bs'd with some guys for a while and neither they or the guys we watched hooked up. I did watch as a fly fisherman and his buddy launched their kayaks from the beach. I don't now how they did but there were birds working off in the distance and they were pointed and rowing out towards them as I left. 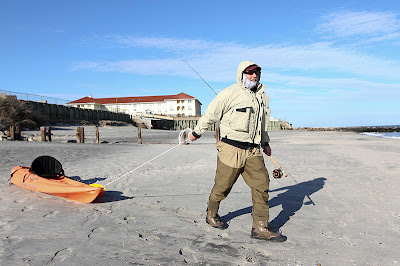 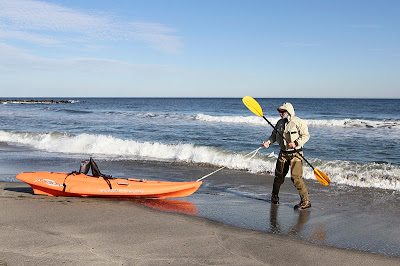 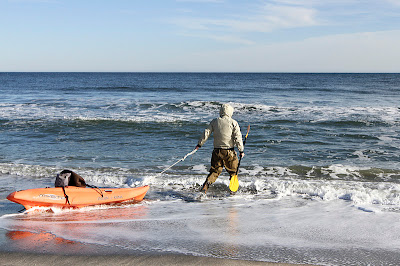 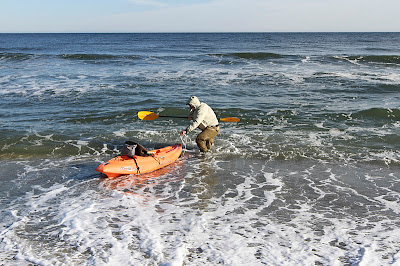 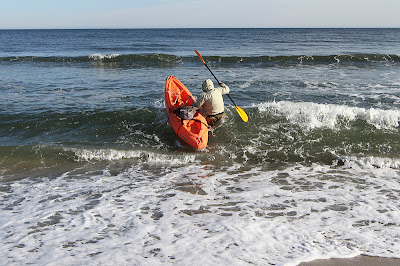 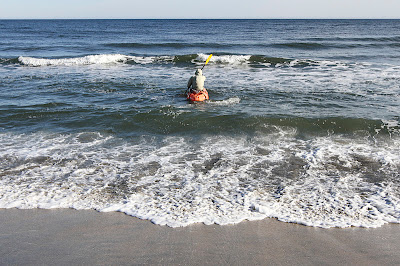 Posted by The Average Angler at 4:13 PM