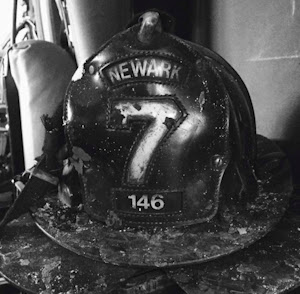 On the last day of this tough year I got up to have a cup of coffee and watch the news. My heart sank when I learned of a Newark fireman in grave condition following a multi-alarm fire in the cities North Ward. It happened last night in a tire joint on Park Ave right near Summer and Bloomfield Avenues. It's a building I know, and may have a fire in myself when I was on the job. 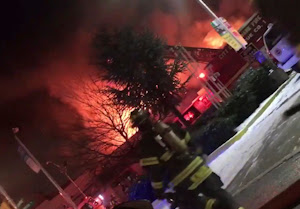 Paul Leber is from 7 Engine and has been on the job 10 years. It sounds like evacuation tones were sounded and was separated from his men briefly and was found by his company and Rescue 1. He was brought to UMDNJ and transferred to Jacobi in the Bronx, I'm thinking for the hyperbaric chamber treatment. Godspeed Brother. 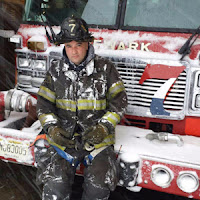 Each year has its highs and lows. This year we got hit hard a big low. The holidays have ben tough since Ryan's death. I miss my son greatly. Since he went to school and lived away from home I still catch myself thinking he's just away and will be returning soon. I hope 2018 brings health and happiness, and better striped bass fishing, to you and yours. 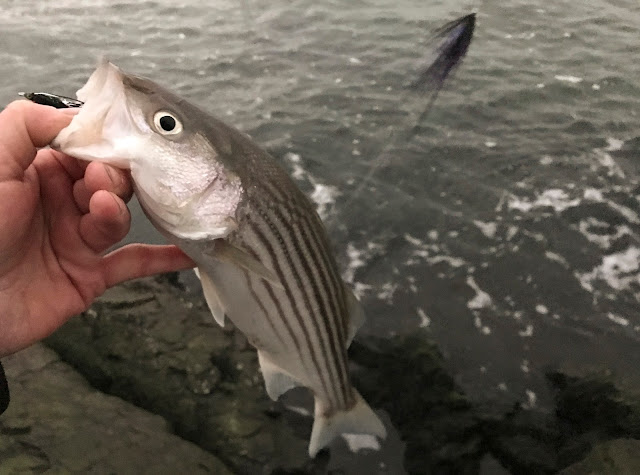 It's been about 10 days since I was last out. Anglers up and down the coast have been having fun with the micro and schoolie bass as of late. They're chasing small bait and herring. Funny thing is the herring chasers are usually those fat footballs from 20" to keeper sized bass.

I was excited to go but then got bored real quick. Incoming. Flat. Gin clear. Not signs of bait or birds. I started on the beach and then moved to Ryan's Rock. It's interesting when you spread a loved ones ashes somewhere and the connection you have with them and that spot. Ryan was never on that rock, nor on Phillips, but for me it is a place where I feel a connection. It was worth getting up from bed early for that.

I fished for about an hour and managed two little guys. That's it for me. Lot going on. Tough holidays this year. Wrapping up school. Maybe a move in our near future. You never know where life is going to take you. 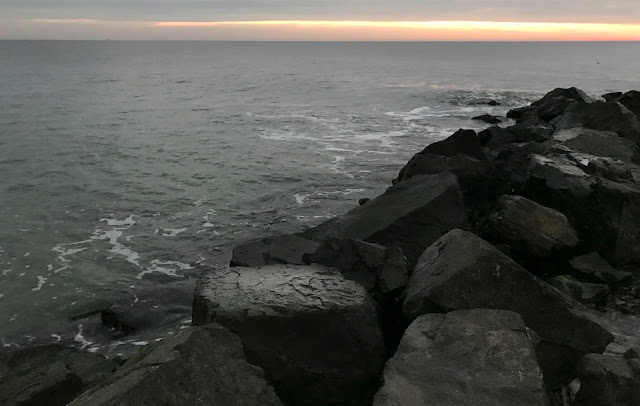 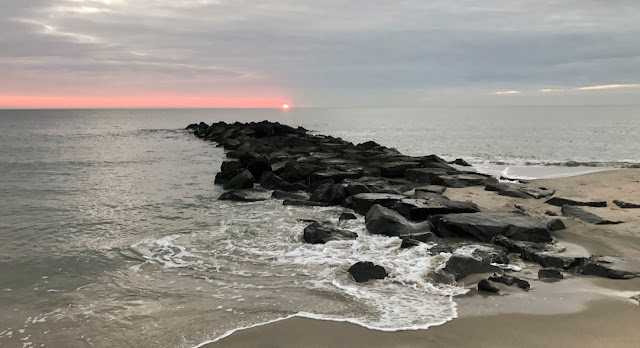 Posted by The Average Angler at 2:15 PM 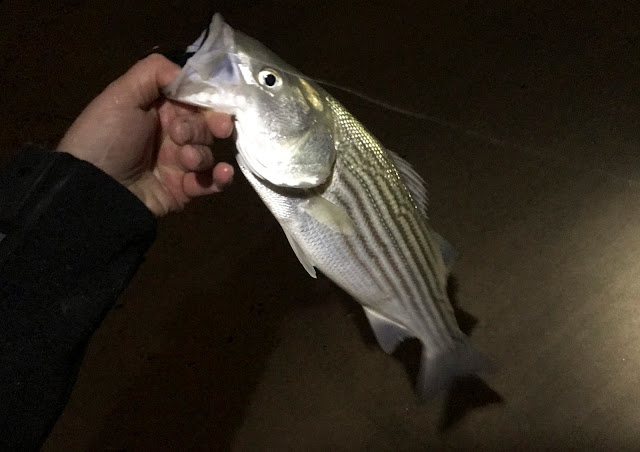 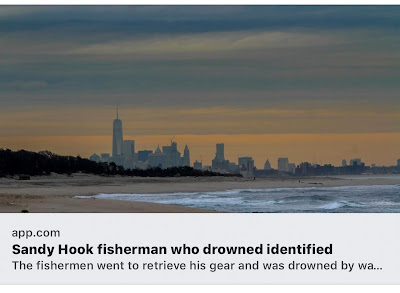 This past weekend we decided to have a change of scenery and headed up to my sisters house in Saranac Lake. The cool country air does the body, mind and soul good. Although it was quick it was nice to see my sister and her family and spend some time outdoors. Above is the view from one of the high peaks, well, not really, its Baker Mountain in Saranac lake. 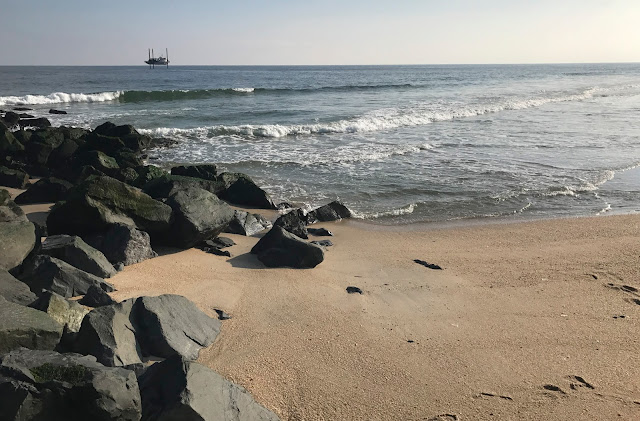 It was back to clinical and cramming in to meet the requirement for hours for this semester. After I went down to the ocean. It was just about dead low and it looked like the dead sea. Not sure what the large structure on pillars is off Deal but I am sure its up to no good. I gave it a go walking out on the bar but didn't get a tap. I planned on heading back out this evening in the dark. 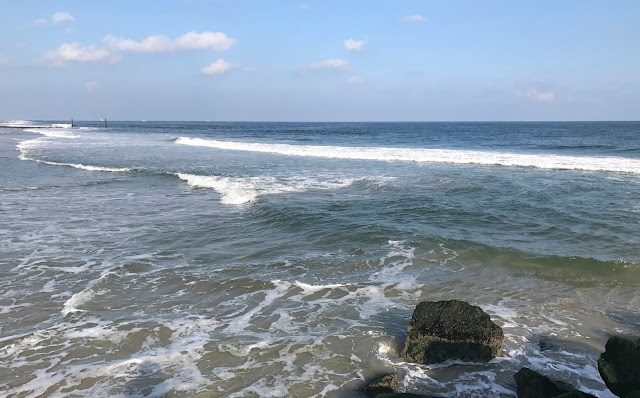 I got down around 5 o'clock and it was just past the mid-flood tide. The big moon and the E-SE wind had some bigger water and waves rolling in. I found a perch on the rocks and used a black and purple sand eel fly which I got eight to eat. The biggest was 24" which is this falls keeper-sized-prize. I have heard of some bigger fish, the 26-32", being caught down south. And I still am reading about 6-800 fish days on the Captree boats in New York. If that bait and those fish don't move then they will all be caught and kept, or gaffed and released. 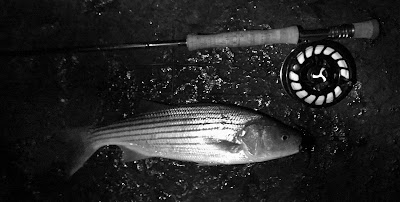 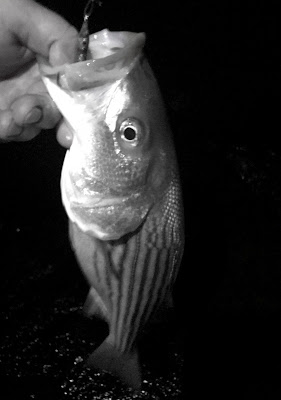 Rain and cold on the way so who knows what will happen. Seems like less and less anglers out until word hits when someone starts catching consistently, or a keeper is caught and posted online. Would be nice to have some bigger fish hit the beaches, at least up this way.