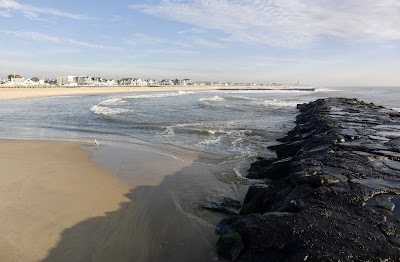 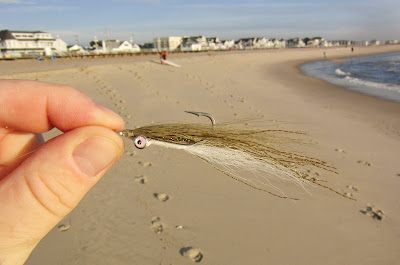 Got out around 530 and headed over to Phillips Ave to see if the surf and wind had calmed down any. Alan was out throwing metal in the suds and I worked the south side of the jetty for a bit. If you wanted to catch a surfer the north side was the place to fish. I couldn't get into it today. Last night I watched some Popovic videos on the Atlantic Flyrodders website...that was enough to ruin me for a few days. All kinds of fish, all kinds of blitzes... I only stayed a short while before heading down to Avon to fish around the jetty for Shark River Inlet. Unlike last week, I saw no bait, nor fish. I like fishing that jetty pictured above. As I go out each time I take a while to study the water, and see where and how the bait might travel and where the fish might lay in wait. The weather is going to be nasty for the next few days, which works out since I'll be busy at work and with the kids.
PS- West Branch at Hale Eddy- It's UP to 207 cfs @ 62 degrees. The rains should be heavy and will probably blow out the river, by Sunday it will be down to 9/28's 185 cfs
Posted by The Average Angler at 10:14 AM 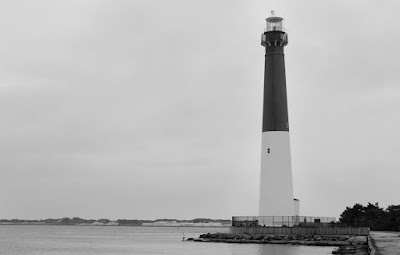 So now I am married man, again. My wife, Cindy, and I, had a great wedding weekend in Lambertville with family and friends. Then we went to Atlantic City for two days. Of course I brought my fly rod, just in case I could get out while in AC. The weather was nasty and winds strong and just not what I wanted to fish in. On the way home we went to LBI and drove down to Old Barney and there I made a few casts. Blues were blitzing in the channel of the inlet, ripping through spearing that was just all over. A guy there stuck the water and it was 73 degrees. Those temps got a little help from a strong hard SE wind blowing the last few days. When I got home I unpacked and headed down to Allenhurst and then down to Deal. I caught myself a few times with the fly, trying to cast in what seemed like 50 mph winds. Tonight things seemed to slow down a bit and I going to head out for a first light bight in the morning.
Posted by The Average Angler at 9:57 PM

went out around 8pm for an hour at Allenhurst. Beautiful night, flat ocean, warm temps, high moon= no fish. Looks like it will be this way for a few days, good thing, since I won't be around, getting married on Saturday. Sunday I'm heading to Atlantic City for a few days and will bring the fly rod just to give the south jersey beaches a try. Be back next week.
Posted by The Average Angler at 9:12 PM 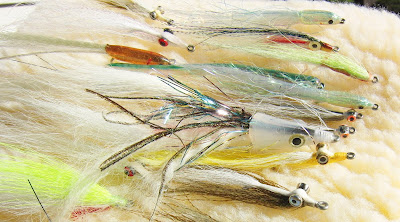 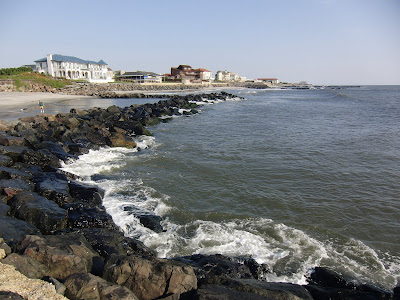 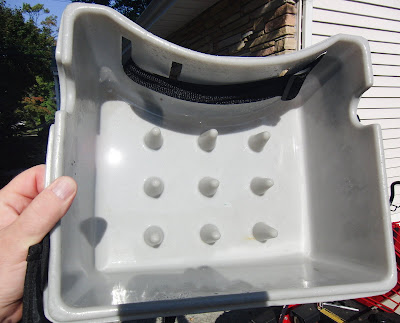 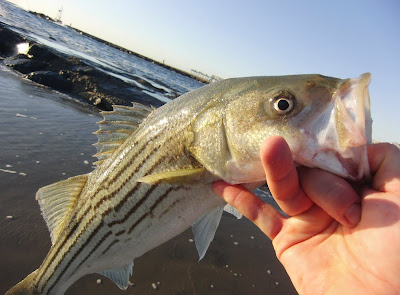 Went back at it this morning in Avon near the inlet. Hit the backside of the jetty and picked up two stripers, one around 16 and the other over 20 inches. I started again at 520 am in Monmouth Beach where it was jut too rough, stopped by Allenhurst and Asbury Park before heading south. When I pulled up I said to myself, "What I am doing out here?". Just then I scanned the beach and saw a guy with a bass on, on a fly rod. For the next 1-1/2 hours I made casts into the rip and wash and landed the two I hooked. There is tons of bait in the wash. Spearing, mullet, who knows what else. Should make for a great few weeks if it stays around.
Posted by The Average Angler at 9:18 AM 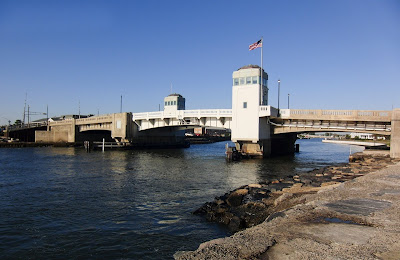 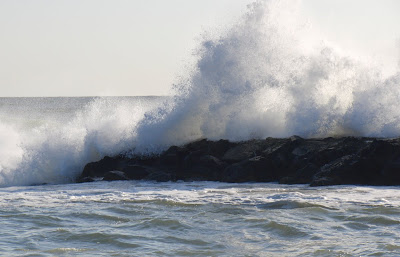 It was a really nice morning, up out the door at 520 am, and headed back to Monmouth Beach. As I walked across Ocean Ave I could hear the thunderous roar of the waves crashing at the foot of the sea wall. I could also tell that the waves sets were close to each other. On top of the wall I could see that I wouldn't even be casting here, so I headed south. I decided to go to the Shark River Inlet right at the bridge. The waves were crashing the jetty but the inlet was pretty calm. I didn't see anything on top, and stayed there for almost 2 hours. One guy caught a big fluke and another a sea bass. Back at it tomorrow when hopefully the waves will have settled down a bit as Igor moves away.
Posted by The Average Angler at 9:07 PM 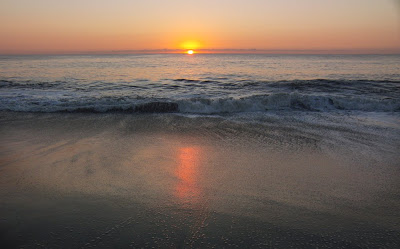 Yep, did it today. Got my stuff all ready last night and headed out at 520am this morning in the hunt for the albies that have been spotted from Sandy Hook down to Island Beach State Park. I started at Sea Bright and blind casted for about an hour before heading south to Monmouth Beach and fishing the rocks near the tennis club. There is a ton of bait in the water, but I only saw a few cocktail blues bust the surface. Fished till about 830 and then had to go do CCD drop off duty. The ocean was flat but the 3-4 foot waves on the beach didn't help. I'll be back at it tomorrow, but I think the fizzled out hurricane Igor will still be around.
Posted by The Average Angler at 3:44 PM 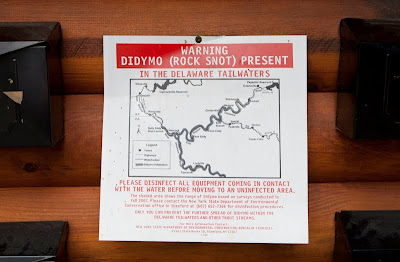 Ran up to the West Branch after getting a request froma magazine for Delaware river system didymo type images. I reached out to Joe D. and he suggested some locations. The only problem is the upper West Branch was moving around 1,000 cfs and was stained from Deposit to Shehawken. I tried the East Branch and then the main in Callicoon but came up dry. These are images I should have had in a hard drive somewhere. Anyway, spent most of last week 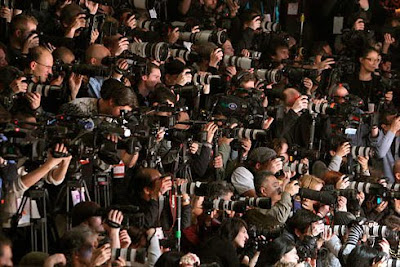 shooting Fashion Week in New York City, which I'm sure isn't interesting to most of you. Fishing wise, it was nice to look at the West Branch again, but I'll be gearing up for the insanity of "catching" the albies the times when they are close to the beaches down the Jersey shore.
Posted by The Average Angler at 10:03 AM