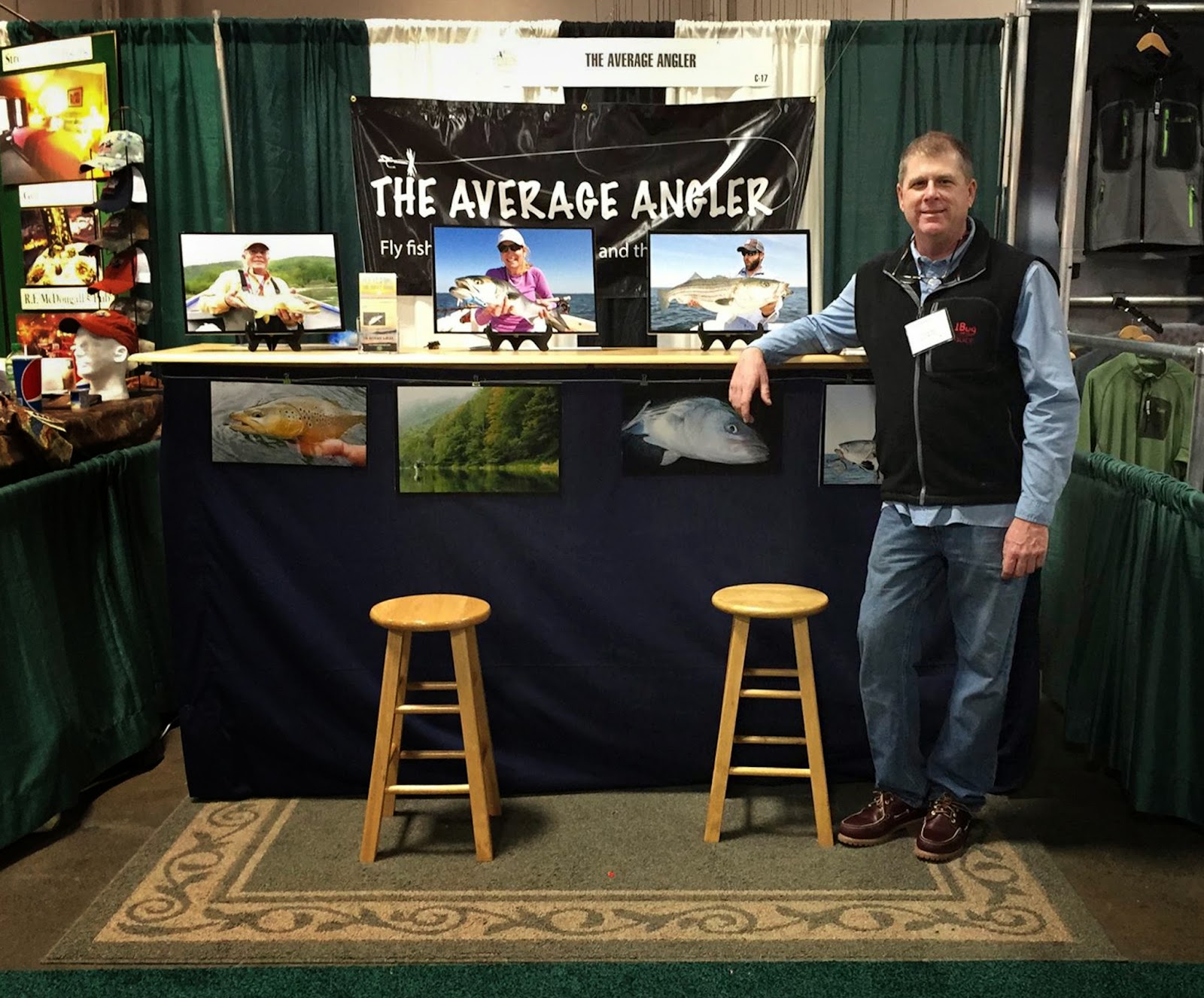 Well after nearly twenty years of attending and working The Fly Fishing Show in Somerset I finally had my own booth. It was a big decision getting a booth because the truth is it isn't cheap and it's a lot of work but I think it was a good move.
I have to thank everyone who stopped by my booth or attended my seminars. I presented "Fly Fishing The Jersey Jetties" and had a great turnout with the best being on Sunday where I had over 40 come out. It was also a pleasure being a part of the Women's Fly Fishing Showcase where I presented 'Kids and Fly Fishing; The Good, The Bad, and The Ugly"
I was able to walk the floor several times and noticed how many "destination" booths there were. All of the big manufacturers were on hand and it was good to see Orvis back at the show. I looked for something new and innovative that jumped out at me but nothing really grabbed me. I was next to the Kast booth and there's a pretty big hype on the Kast gloves and I was able to try them on for size. I might be including them in my foul weather gear arsenal.
I was surprised but I didn't make a purchase all weekend, except buying raffles supporting the local fly fishing clubs. My phone hasn't rung yet so I guess I didn't win.
I look forward to fishing with my old clients this year, and hopefully with all of the "new" people that attended my seminars or stopped by the booth. I think it was a successful show for me and if you had to ask me right now I think I'd sign up for next year.
Posted by The Average Angler at 11:43 PM 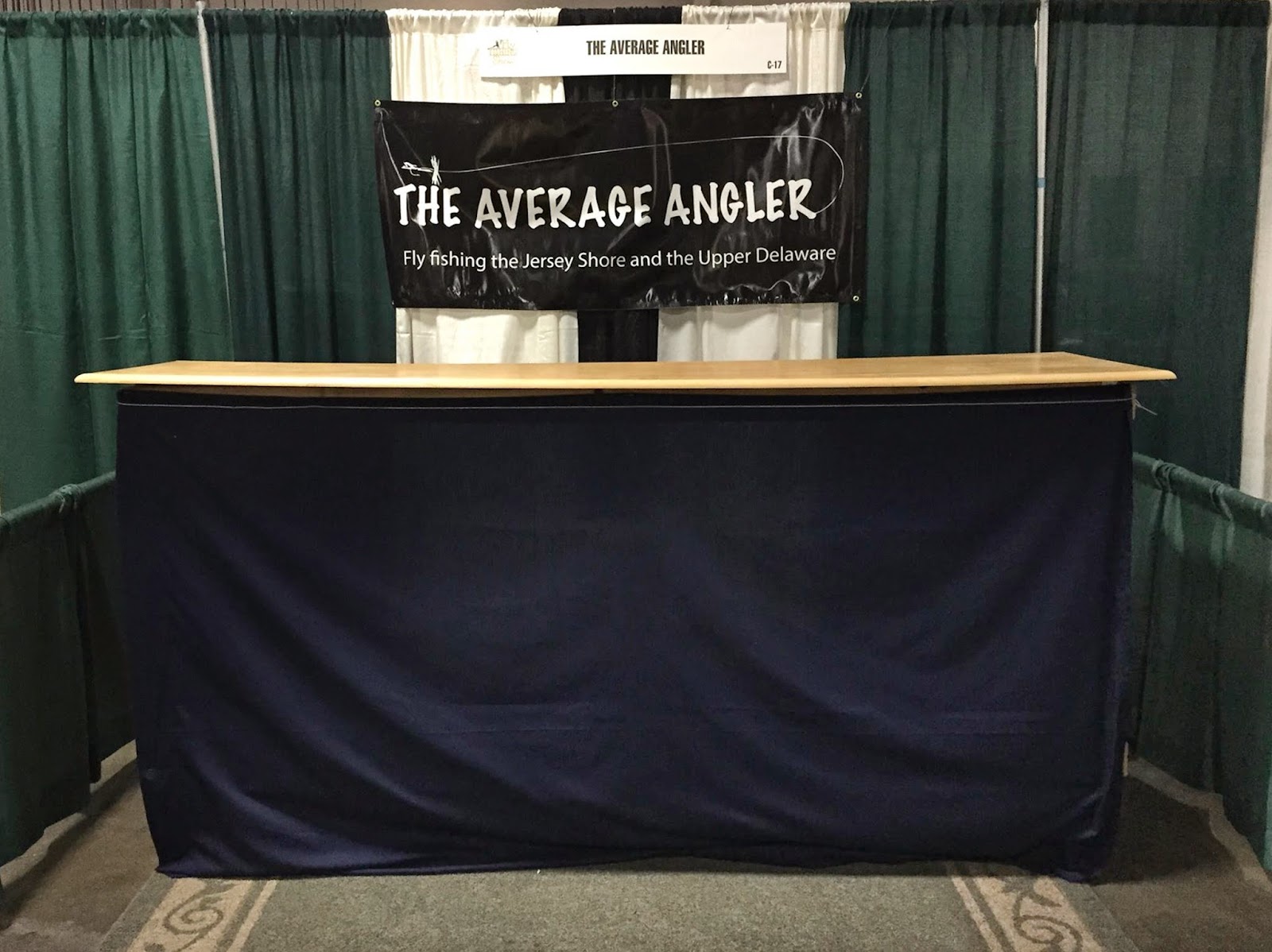 It's that time of year again.......and boy do we need it. It's not like we all have cabin fever because winter hasn't really set in yet. But, if you are a saltwater fly fisherman you have most likely been hibernating since October.
I have been going to The Fly Fishing show since it's early years. I worked The Fly Hatch booth with my buddy Dave Choinard several years and a few years back hung my hat at the Orvis booth for the weekend. Since Orvis wasn't in attendance last year I figured it was time to man-up. So this year I'll have a booth at C-17. I'm looking to see old friends and clients and meet new ones. In addition to the booth I'll be giving a few talks. "Fly fishing and Kids, the Good, the Bad, and the Ugly" at 5 o'clock on Friday and 230 on Sunday in the Women's Showcase Room. On Friday I will be presenting "Fly Fishing the Jersey Jetties" in the Techniques Room.
It looks like a good weekend for the show and hopefully the snow isn't to bad and gets people to come out and stay for a while.

Posted by The Average Angler at 1:19 PM 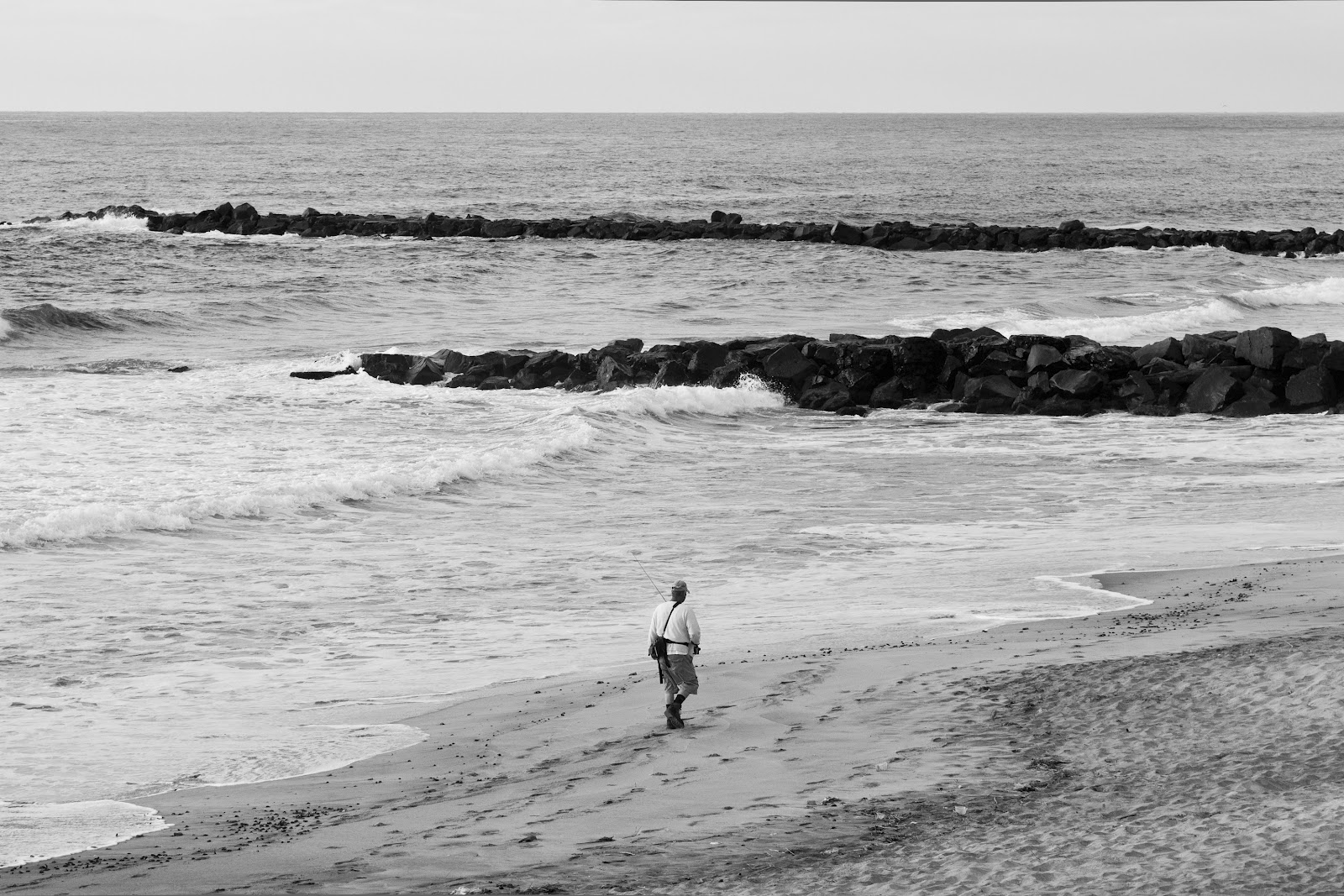 Yep, New Jersey disappointed the angling and conservation world once again. On Thursday the New Jersey Marine Fisheries Council stood up and showed how serious we are about the striped bass and the declining numbers of the stock.

Just when other states, like Virginia, took a hard line on size and bag limits New Jersey voted like there is nothing wrong. Our council voted to keep a two fish limit for the 2015 season. Instead of dropping it to one fish at 28", or the 1@32", we set the following limits. 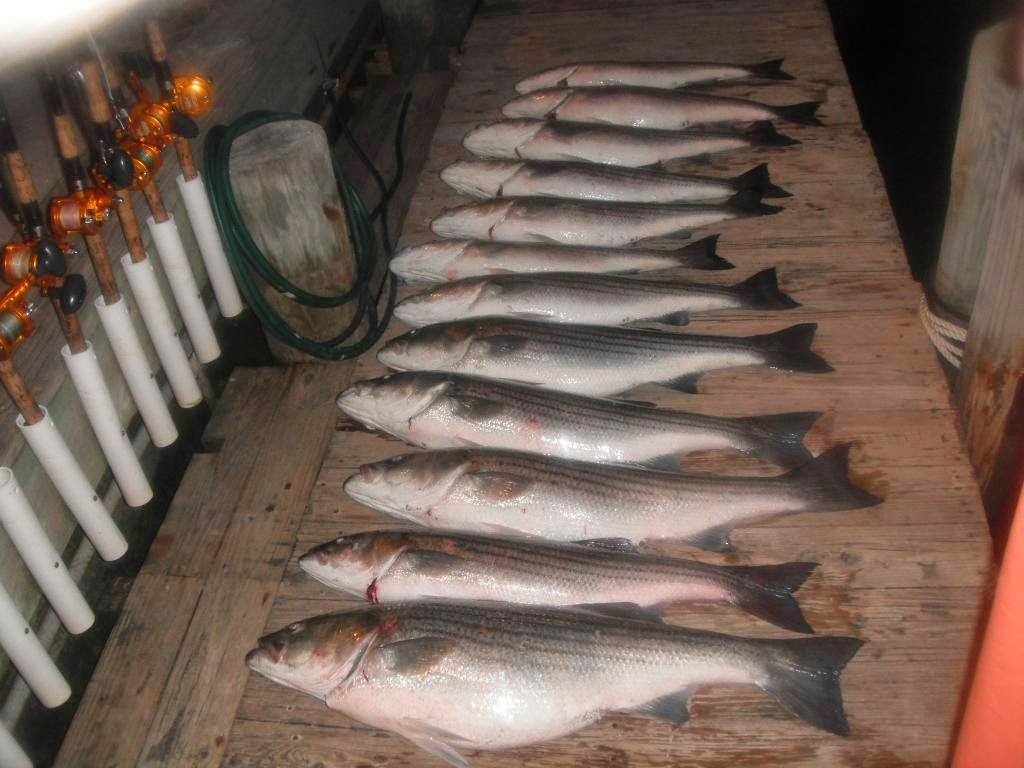 What they have done is now started, or just ended, a war between the boat and beach angler. It used to be that the recreational and commercial fisherman we pointing fingers at each other. That was easy. They would use the argument that recreational anglers took 27 million pounds of striped bass each year to the commercials 9 million. And those numbers aren't factual. I always said that charter boats, from six packs to party, numbers should be put into the commercial category. They are vessels for hire. They are commercial operations. Even though the fares are fishing for and taking "meat" home for their own recreational pleasure. 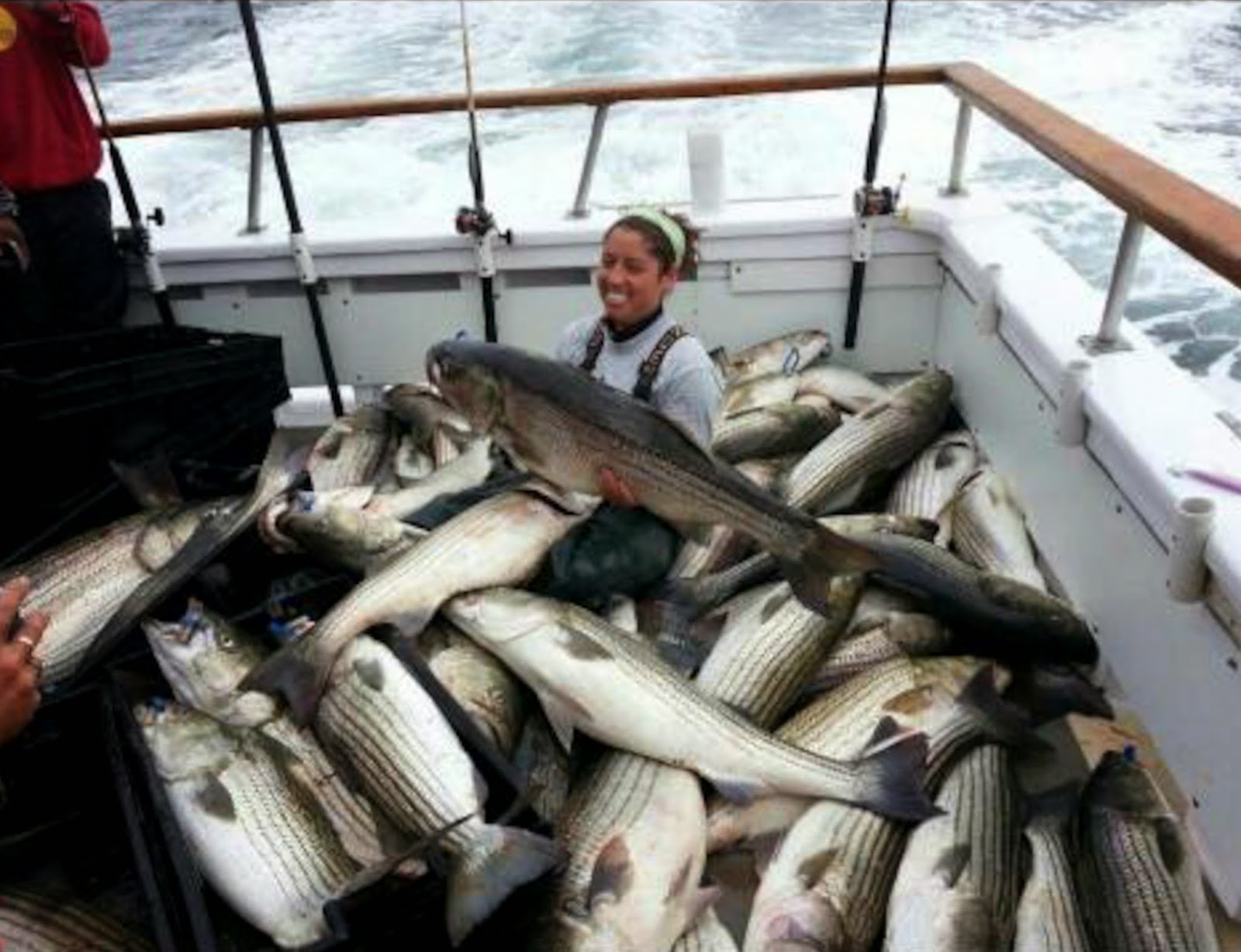 But what this new regulation does is pin surf fishermen against boat fisherman, well there was always a divide, but now it will get ugly. In this age of social media, from blogs to fishing forums to fishing report pages, readers are able to see, almost in real time, who is catching when and where and how. 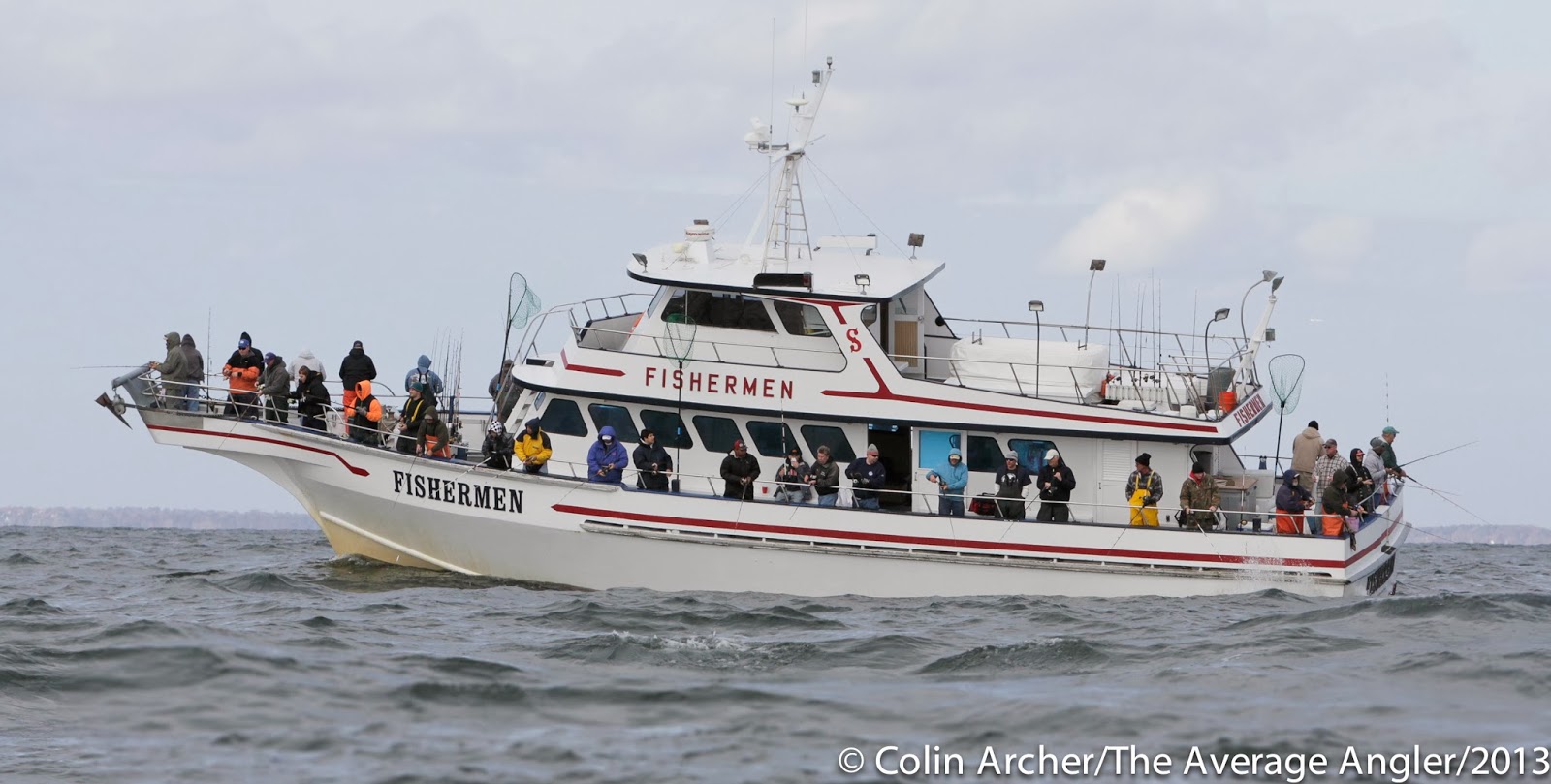 What it came down to was pressure from charter boat captains who feared that reducing a paying customers haul to one fish would hurt an already hurting industry. Duh, yes it will. But that already hurting industry is happening because of the reduced number of fish available to catch and kill. You want to save a fishery......its simple......reduce mortality.

So the early spring clam and bunker bite massacre that happens in Raritan Bay to pre-spawn Hudson fish will continue. Then the bunker snag and drop massacre will continue into the early summer. Then in the fall it will pick up again.

We will continue to see charter boats decks and docks loaded with dead bass. We will now see anglers "catch and releasing" those second fish that don't make the 43 inch mark. So, if your fellow angler next to you doesn't want your second 38 inch fish, and the captain doesn't want it for the boat.....guess what? That means that 10/0 treble snagging hook stuck deep into the striped bass' esophagus will be ripped out and that fish released, if you can call it that, so the angler can catch a "legal" greater than 43" fish. Just look at what happens to those summer flounder shorts. 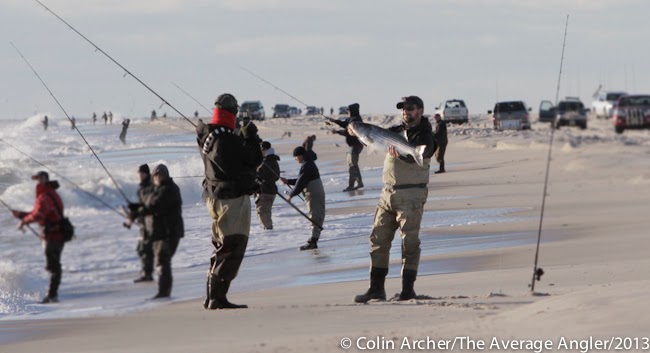 Most surfcasters seemed to be okay with the one fish limit. Some will take one for the table if at all. It was a mentality shift from the weigh-in and kill tournament mentality that has existed for years to a more conservation minded approach. That felt like they were doing their part.

Enjoying the sport and protecting the fish that they love.

New Jersey should be proud of itself. The ASMFC was looking for a 25% reduction......and according to Russ Allen of the NJDEP, we gave them 25.1%, way to go New Jersey. 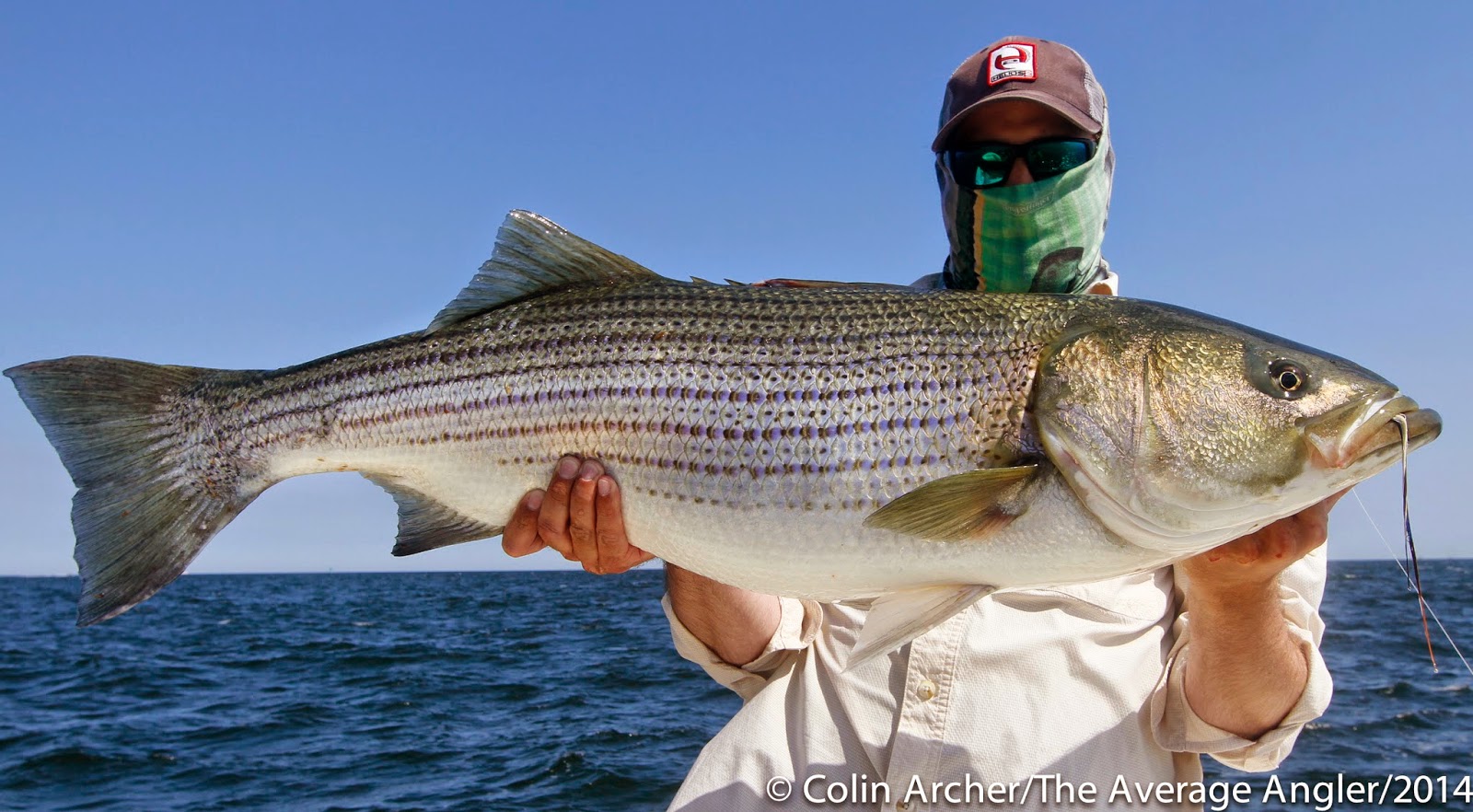 Posted by The Average Angler at 7:26 AM 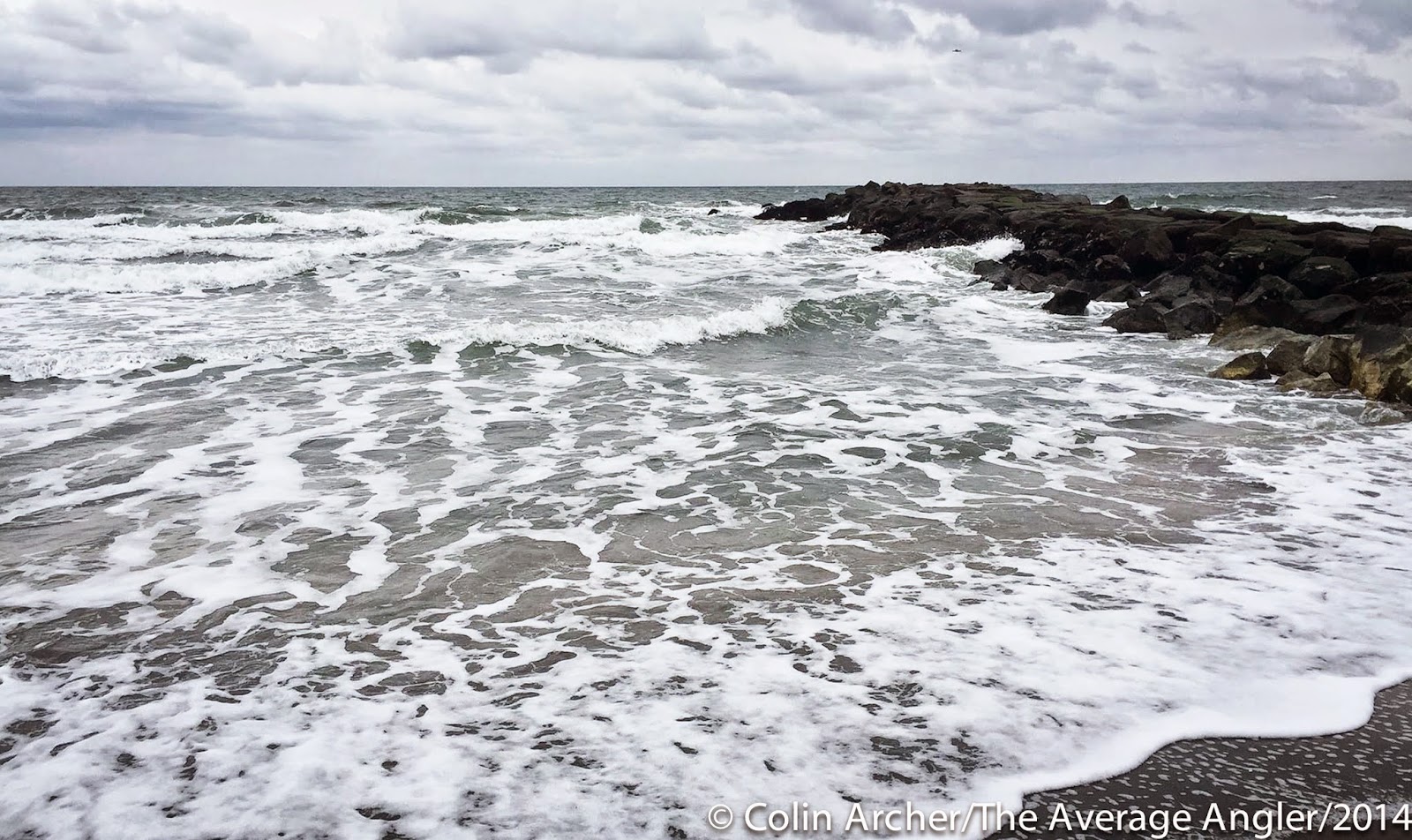 Finally the wind has changed and white water is back. Coming off the two day the flurry last week the ocean went flat and dead. I think if todays conditions continued after the few fishy days there would still be fish around.
This morning was perfect and the water looked like it should hold fish but working a fly up and down the beach and from the rocks on the ebb tide proved for naught. Looks like the cold and rain and snow is going to start up tonight which may put the nail in the coffin till spring. 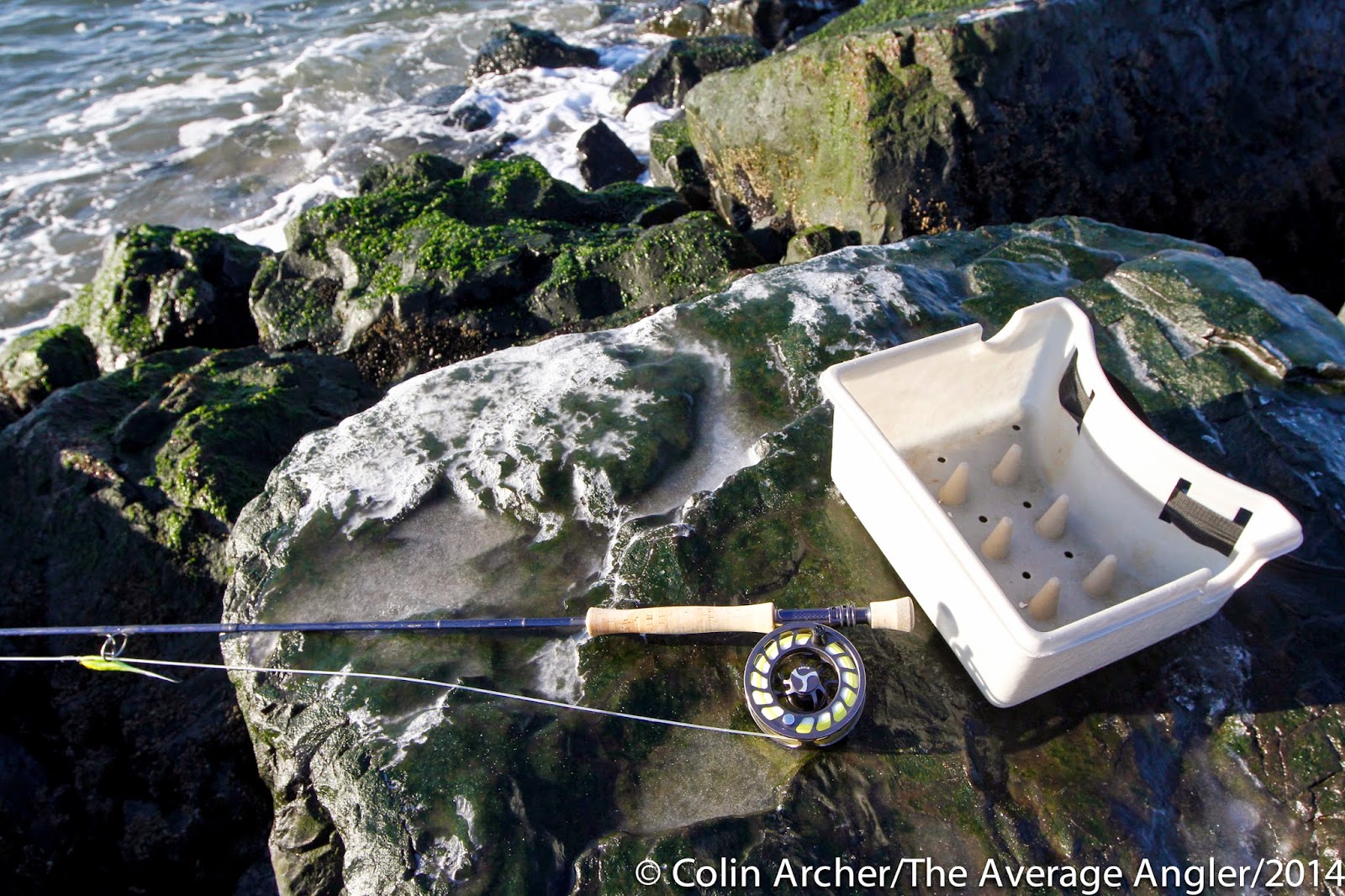 Happy New Year to you and yours. It has been an interesting year for me all the way around. From professional to personal it has been a year of ups and downs.......and it just keeps on coming. In the end "It is what it is" but more accurately "It is what I make it". I look forward to a great 2015 and I wish the best for my family, friends and enemies.
This morning it was 28 degrees out and the water was like a lake. Gave it a go looking for a New Years Day, first fish of 2015, and January striped bass. I could tell as soon as I saw the water that wasn't going to happen. Had to be careful as the ice was just starting to melt off the top of the rocks. That would have sucked falling and getting hurt on my last outing till spring.
Today I will say I am done and put away my fly rod, waders, stripping basket and StormR jacket. I am now going to shift to other more important things going on in my life and preparing for The Fly Fishing Show in Somerset. 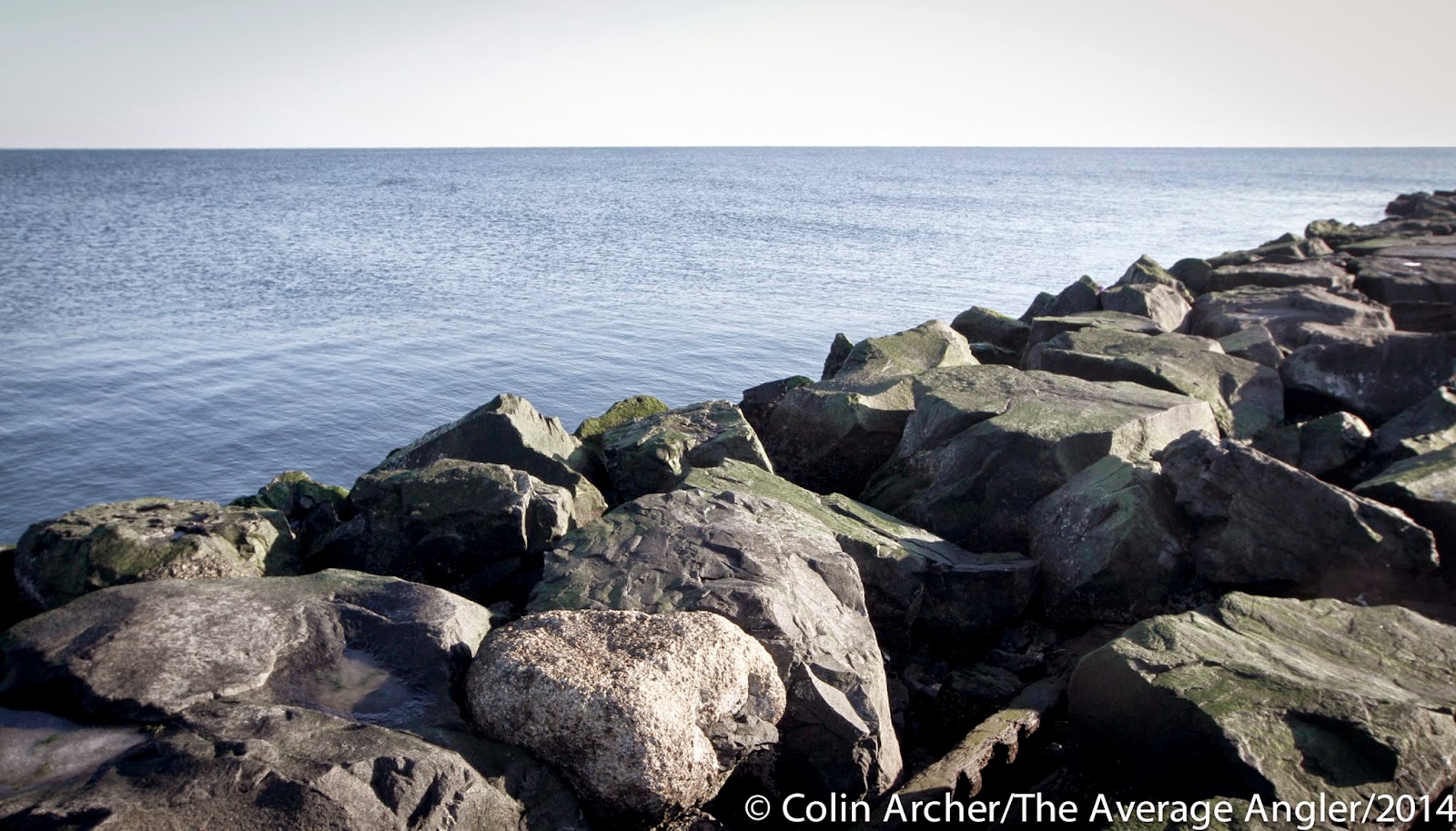 On another note it was nice to see The Average Angler blog top 300,000 views. On February 26 2014 we hit 200,000 views. Some quick math says that the blog is averaging 325 views per day since then. I will continue to post even though the fishing for me is done until we start back up on the Upper Delaware in April.

Posted by The Average Angler at 12:17 PM