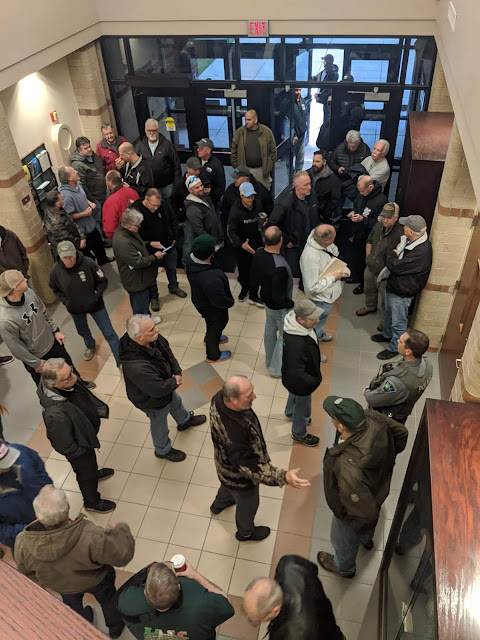 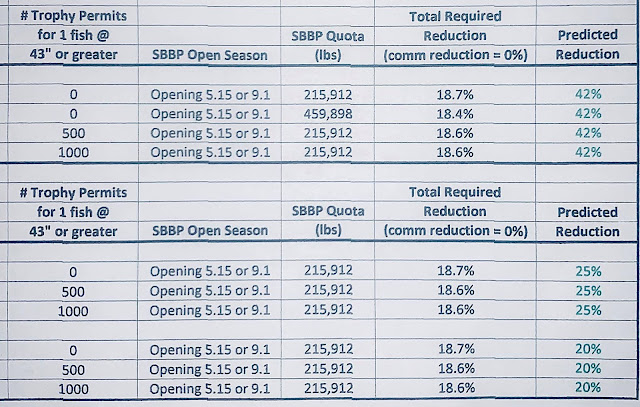 So tonight the New Jersey Fisheries council is having a public meeting as they attempt to iron out regulations for the striped bass fishery. As well known, by angler in NJ, and up and down the east coast, our state, and Maryland also, are a laughing stock.

NJ will decide on the slot size, closed seasons, and the Bonus Tag system-all trying to justify and meet a 18% CE, or reduction.

I won't be able to make it, and its killing me, but I thankfully have a full patient load today and tonight.....thanks for all who are going!

·       In an effort to keep the lower end size of the slot at 28 inches, that decision by ASMFC could allow New Jersey the ability to implement a maximum size limit of 38 inches on a one fish bag limit. Final word on striped bass regulations, including the future of New Jersey's Striped Bass Bonus Program (SBBP), should occur when the New Jersey Marine Fisheries Council takes up the final striped bass options at 5 p.m. on Thursday at the Stafford Twp. Municipal Building on 260 East Bay Avenue, Manahawkin, NJ. The meeting is open to the public, and the public is encouraged to attend in order to provide final input for a vote.

·       According to the the latest tallies from the New Jersey Department of Environmental Protection, the SBBP in 2019 accounted for less than 15% of the overall allotted commercial quota of 215,912 pounds, by way of just 5,382 tagged 24- to 28-inch striped bass for a total of 31,239 pounds. The New Jersey Marine Fisheries Council is expected to take up bluefish regulatory changes as well this Thursday in Manahawkin.

·       Hajna said the New Jersey Marine Fisheries Council will be considering two options for the recreational striped bass bonus tag program, which is derived from the state’s allocation of the commercial quota: “One fish as 24 inches to 28 inches per tag per day opening May 15, 2020 and closing December 31, 2020, or one fish of 24 inches to 28 inches per tag per day opening September 1, 2020 and closing December 31, 2020,” Hajna said by email on Tuesday afternoon, adding that staff will present several options that were reviewed with the Advisory Committee for public information and potential comment.

·       “Once an option is selected an approved by the Marine Fisheries Council, it will be sent to the DEP Commissioner for final approval,” Hajna added."

·       My talking points for tomorrows meeting in New Jersey. Please show up and speak up.
·       Support the coastal standard of 28"-35"
·       Follow Connecticut example and suspend the bonus tag program until stock recovers
·       Delay the opening of the season in Raritan Bay until May 1. Protect the pre-spawn fish that will head up the Hudson.
·       Cooperate and reciprocate with New York on regulations due to our shared fishery
·       The Hudson spawning stock needs more protection now than ever
·       Increase funding for conservation law enforcement
·       Create and fund angler education program on catch & release (virtual or in person)
Posted by The Average Angler at 11:57 AM

I guess thats it for another mid-priced Orvis rod line..... 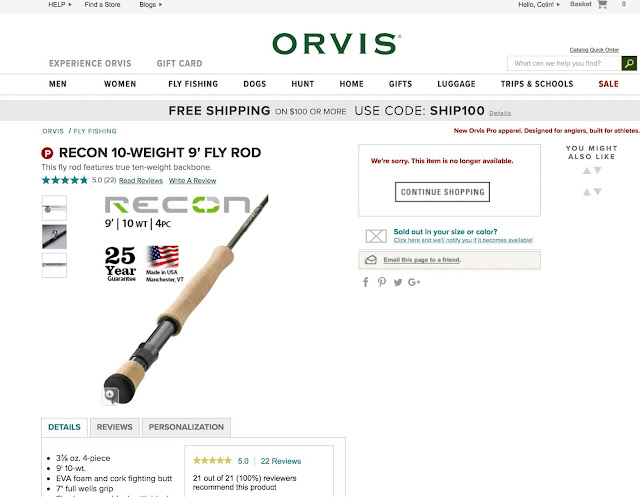 This morning while checking my email I saw one that came from Orvis. This one was titled Orvis Pro Newsletter. It comes every month directed to guides that are part of their program. I was once an Orvis Endorsed Guide, having gone through the vetting process, which included an application and day on the water with one of the representatives from the Mother Ship.

I was part of that program fro 3 or 4 years, when I split my time between the Upper Delaware and the salt waters of New Jersey. There was a yearly "fee" that came with being in the program, one that came with some controversy among other non-Orvis guides. It was kind of, and you know this term because its been in the news for a year, quid pro quo. 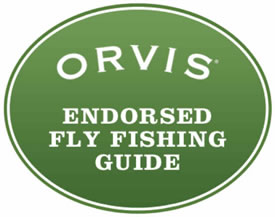 One of the benefits of the program was that, as an Orvis endorsed guide, was a deep discount on gear, gear that you would use exclusively and put in the hands of your clients. But, as I found, guides didn't do that. They may have used some of the Orvis product line, but it wouldn't be uncommon to see an Orvis Endorsed Guide wearing Simms Waders, a Fishpond pack, an Orvis Helios rod, coupled with a Hatch reel, throwing AirFlo line. And the kicker to me was, any guide could get the same discount, in %, as the endorsed guides.

I have never been a gear head. Give me a decent rod and I'm going fishing. Some anglers like the newest and greatest, me, well just call me, well Average. I always went for the middle of the line rod. There was the Hydros, then came the Recon. Well, today, according to the website, the Recon has come and gone. It leaves angers the choice of the H3, or the Clearwater product line. 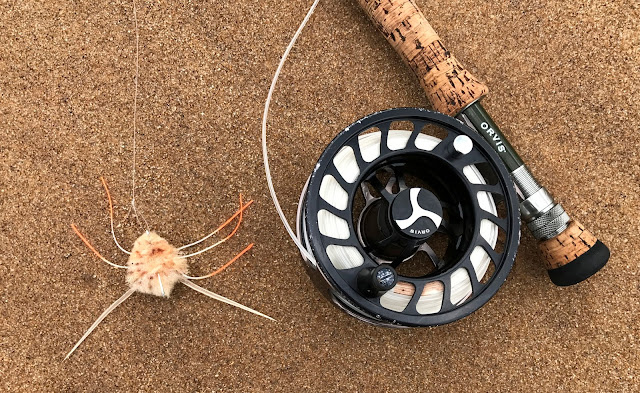 One of my complaints of the lower price-point rods is the grip. The cork grips are often filled, and after exposure to the salt, they (the fill pieces) loosen and fall out. You can see that above on my Clearwater 10 wt. Orvis claims the tapers are the same, its just a lower priced rod with some lesser expensive options in the real seat and guides. Also, it depends on where its made. You can there is no Made in USA, Manchester Vt. sticker, so this product line is made overseas, they just don't tell you which Communist country they come from. 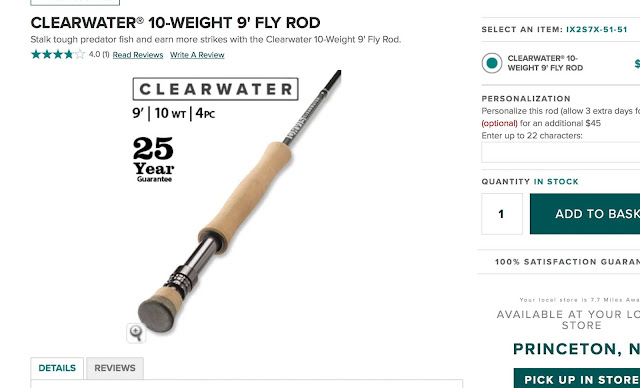 Since I started fly-fishing in the early 1990's, around when A River Runs Through It came out, I have always been an Orvis guy. I have stayed consistent for nearly 30 years. I've been through the terrible bootfoot waders, the change in company direction- likes catalogues with guides tossing PBR's between drift boats, and I won't even get into the 50/50 On the Water recent push, and I've stayed put. 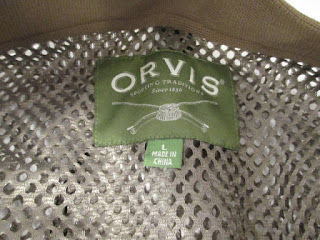 Most guys and ladies cant swing the $8-900 fly rods that are out there today, and that's just not Orvis, and prefer that mid priced rod, better than entry into sport that companies are offering. Yes, you can go to a TFO, made in South Korea, where the rods are good and cheap (made overseas), but if you wanted to stay with an established, sometimes American made company, it seems Orvis is missing the mark. Just stay true, don't cower to the competition, or the political correct world we live in, and stay true to what Charles Orvis started in 1856.

Posted by The Average Angler at 8:34 AM 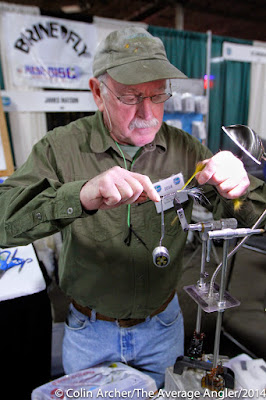 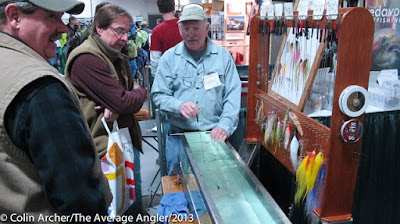 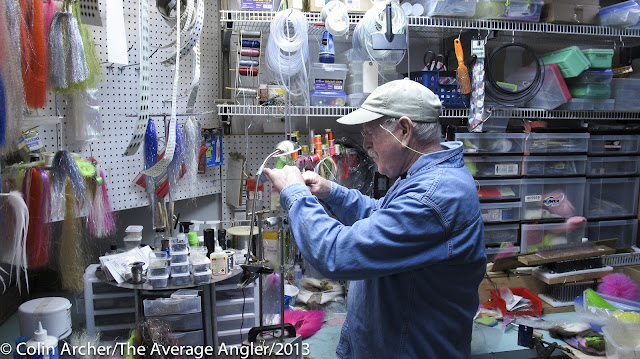 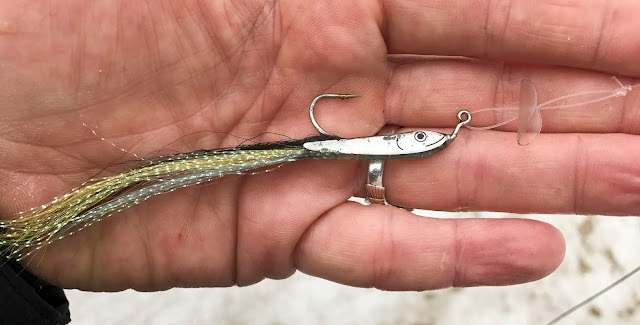 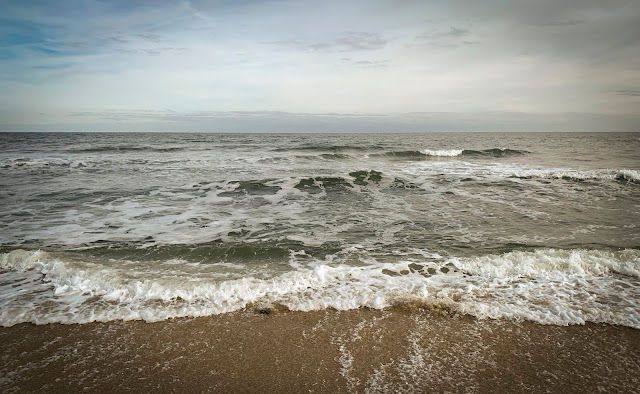 Was down in the area so decided to take a peek. Outgoing tide with about two hours till low. Air temps below 40 and water temps just above. First noticed the crabs on the beach and was brought back to 2012 when we had spring-like conditions all winter with lots of fish around, mostly on the rock or Jonah crabs. 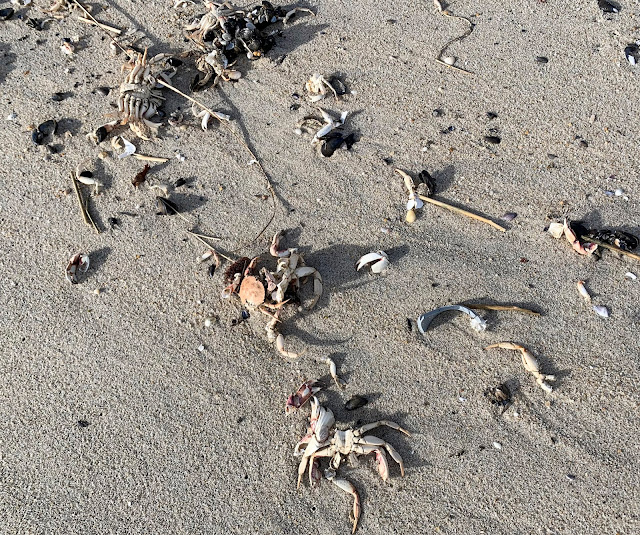 I had tied up a crab fly which I thought looked good until I placed it down next to a pair of actuals...maybe thats why I didn't get a sniff. Looking at it now I see where I have to make some improvements, for one, after seeing it during the retrieve, is to add some tungsten powder on the underside so it rides flat in the water.

Good to be able to get in late January...spring cant come soon enough! 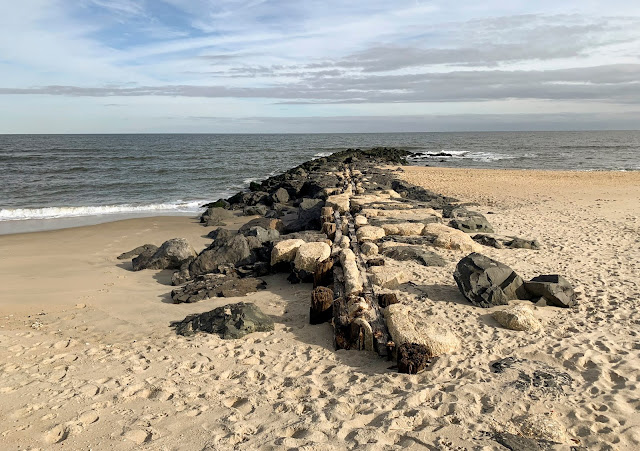 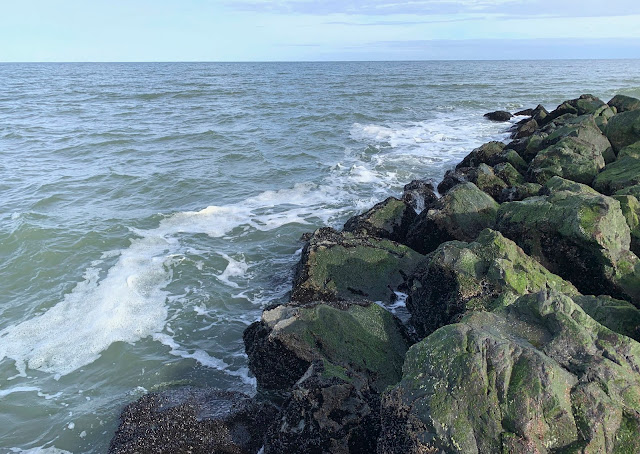 Posted by The Average Angler at 12:28 PM