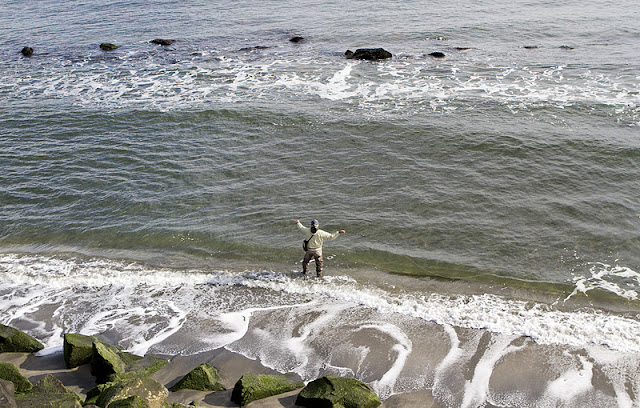 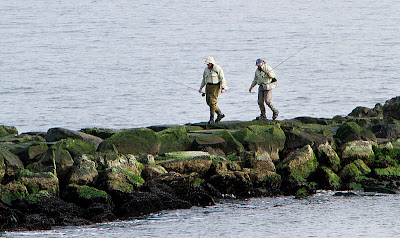 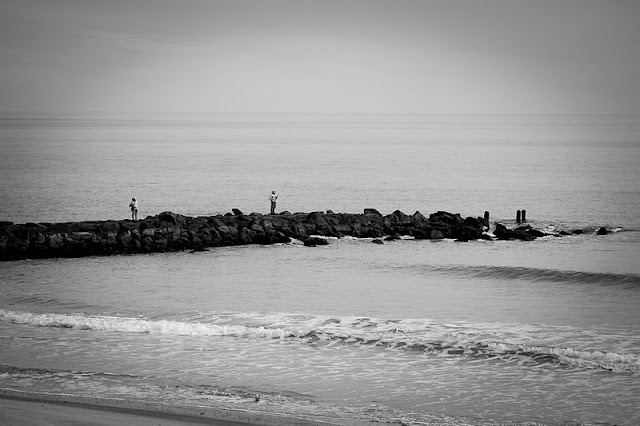 On my way back to my office from Monmouth Beach I stopped and scouted a few regular spots. I found a small group of anglers on one groin and was lucky because two of them were fly fishermen. What was better was soon they all left except the fly fishermen. I enjoy shooting fly anglers, sometimes it's just very hard to find them. Well these guys were great, good casters and they moved around so it gave me several different looks.
I stopped and talked with the kayak fisherman before he launched and who would later hook up with what looked like a nice keeper sized striper. I was able to get a few images of him after going back to the truck for a monopod and 2x extender. 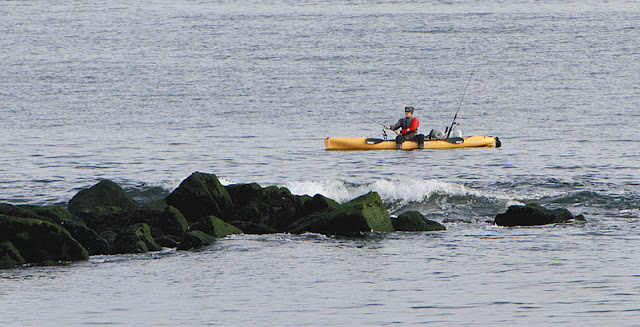 One thing I do wish is that fly rods were about three times as thick as they are and anglers threw big bright yellow floating line, it shows up better in the pictures. Clear intermediate is hard to find especially when you're trying to catch the backcast.
I didn't see these fly guys hook up but I spoke with them briefly and they had one short earlier off the groin. They were obviously fishing buddies and you could tell they fished together more often than not. I could see them stop and trade ideas on what areas to work next and what flies they had on. I am sure they will remember when they were able to spend the day casting flies to striped bass in the middle of winter on January 9th, 2012. 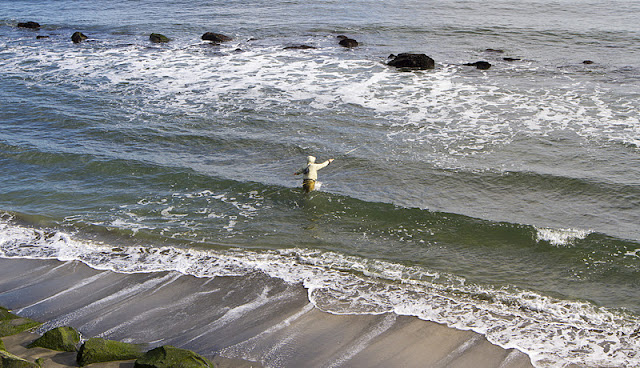 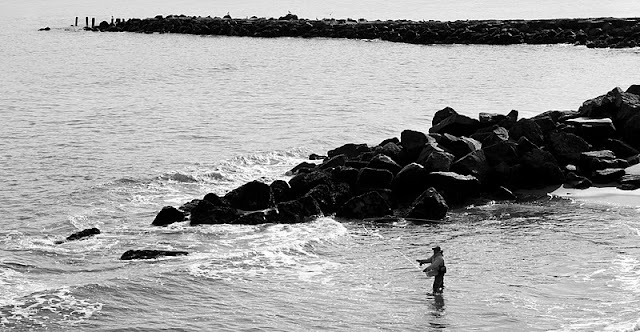 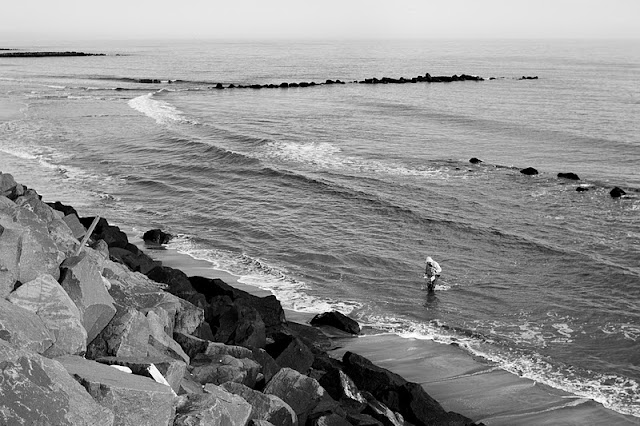 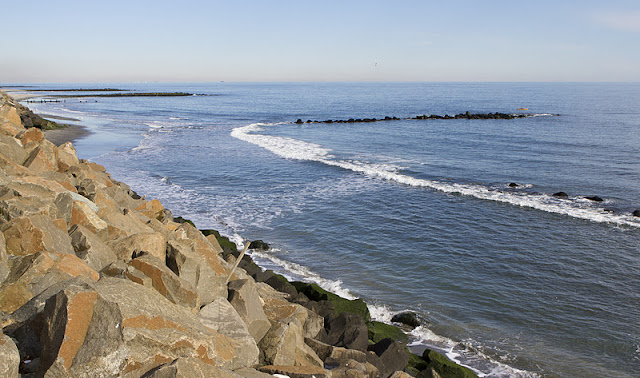 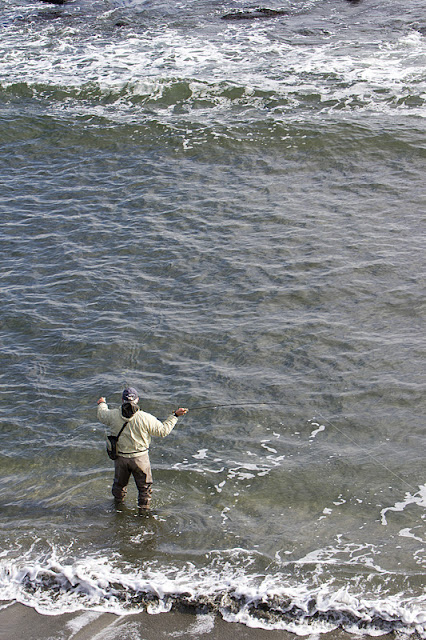 Posted by The Average Angler at 3:13 PM