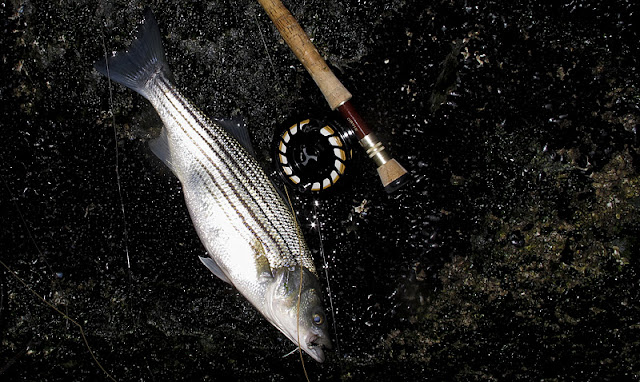 Well after the Giants and Tebow and the Bronos' victories I went out to catch the outgoing on the full moon. Tonight was a little different than the last two, a little stronger WNW wind, a little colder, and less anglers and I think less fish around. 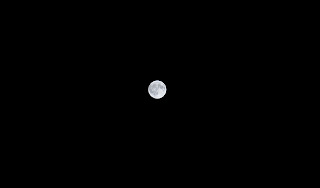 Lucky for me it was football Sunday and tomorrow's Monday so it was quiet as far as groin traffic was concerned. I was able to get to my rocks and my favorite perch before anyone else did, although I had to walk to the end and then wade through the rocks. I was eventually joined by four other anglers. Soon after I got into position and the second angler got into place he hooked up with a small fish. I found that I had to use a slow retrieve and lost several fish on the subtle take and subsequent hook set attempts. I landed four fish over 2-1/2 hours but between the ones landed and the ones missed it was a steady pick. Being that far out and low in the rocks I stayed put where I was. 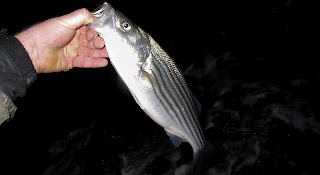 I noticed that some of these fish are probably the Young-of-the-year striped bass and not the football sized fat schoolies that I have been catching. I also believe that the little hot streak of the last few days has slowed down. The birds are still picking during the day and the crabs are still washing up on the beaches, but I haven't seen and gannets diving on the herring. If the herring left moved out or south then they might have lured the bigger fish we've been seeing with them.

Posted by The Average Angler at 12:29 AM