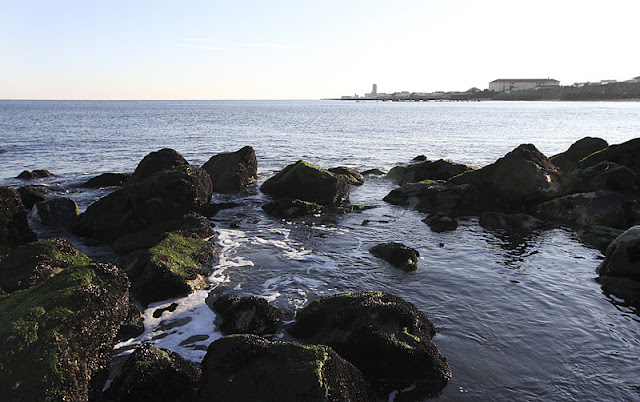 So after the Fly Fishing Show I was all jazzed up with the news of a local hot bite throughout the last week. I put my stuff away on January 11th.. or so I thought. So last night I decided to go give it a shot. I got out at 9pm and fished till 330am. I fished in Asbury with three guys and none of us got a bite and then moved to Deal where me and another spin guy fished hard and came up empty. I was fished tight to the rocks and snagged and snapped off a few flies. Right after I lost and re-tied I felt the fly on the rocks, I pulled up hard, only to have the rock-BASS flip off right at the surface. I tried a 2-for-5-dollar fly show special that just looked like something that possibly might resemble the crabs that bass are on. I walked that fly along the bottom and up and over the rocks, and, well, it didn't didn't get a sniff. 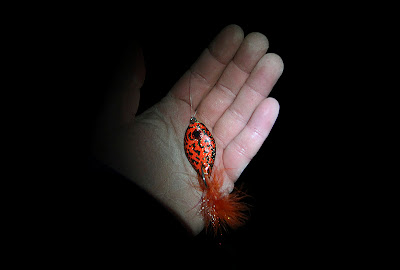 I hit it again this morning in skinny water and didn't last too long. So after some editing I gave it one more try after a friend said he was going out around 330 pm. I went and he was a no-show. I walked way out to the end and then up and down the rocks to a perfect perch. I had my fly dangling as i moved into the last position and don't you know it I got it stick on the rocks, and wedged in on the mussel bed that called the two rocks home. Forget it. I took a shower trying to get it and didn't want to get hurt for it 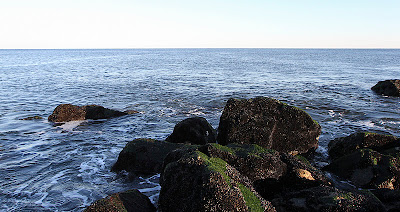 so I snapped it off. Problem is it snapped all the way back to my butt section. I reached into my Orvis Gale Force bag and swirled my hand around trying to feel my fly wallet and camera looking for a spool and came up blank. I forgot to put them back in my  bag. So I took the long walk back to my truck and decided to see if my buddy Joe was out fishing so he could hook me up. He wasn't out but I found Jerry who just got done giving it a whirl to no avail. We sat and talked for a bit and watched the below anglers for about an hour and not one of them hooked up. I decided to pack it in, maybe I'll give it a go in the morning. Then I will be done till spring, for sure. 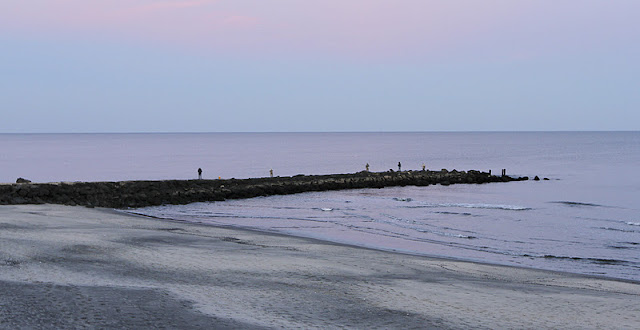 Posted by The Average Angler at 6:27 PM