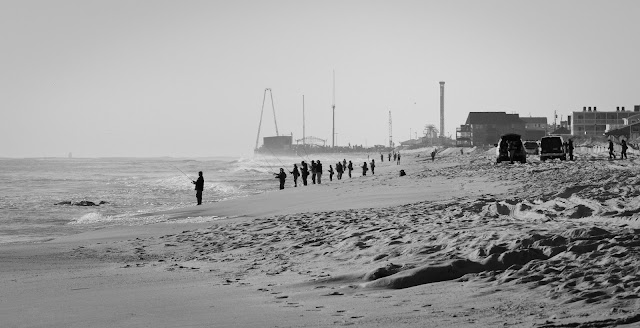 I want to test my sand eel theory this morning. If they were on sand eels, and they were there, they would eat in the dark. Got on the rocks at 530 and quickly had a few strange hits. They were either the tiniest of bass, fluke, snappers, or, as it turned out hickory shad. I landed one on the rocks but couldn't get an image, slippery, feisty, and not cooperative. It was pretty out there and I left some friends to take a short drive south, or so I thought. Leif connected on a school using a small chartreuse and white Deceiver. 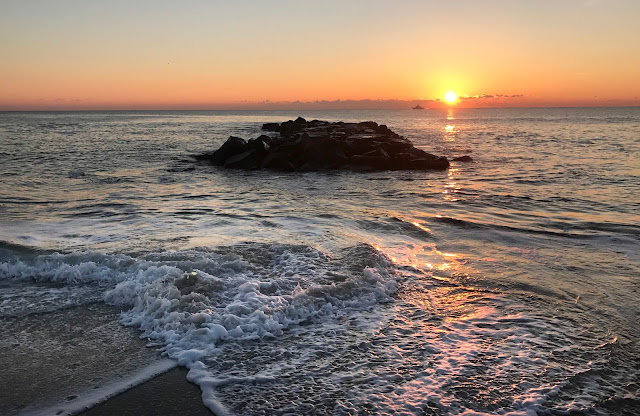 After a coffee and buttered roll I drove south, and kept going. When in Sea Girt I said to myself, "I'm almost in Ocean County anyway", I might have been because I don't know if Sea Girt is Ocean or Monmouth. I stopped in each town south of the Manasquan Inlet and had to smile when I came to a place I had fished before, one that Al had told me about when he fished years ago. If you know the place from the image below than that's cool. 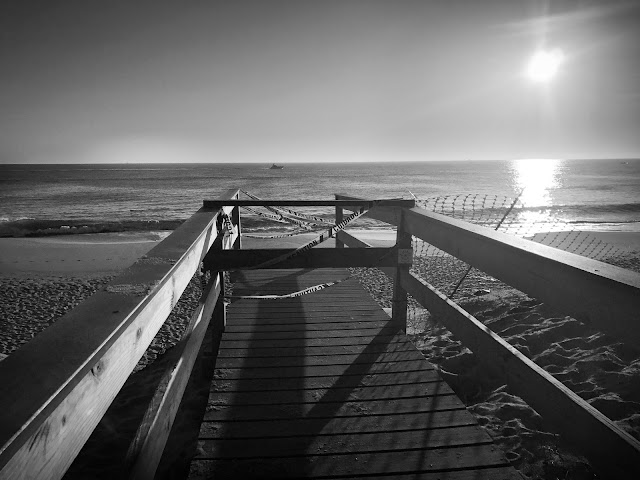 While I am no Ocean County beach expert I do know most of the access points so I stopped basically every where a beach buggy can access. I finished up as far south as I wanted to go and watched and waited, and waited. I saw a ton of bird activity north and south where I was but nothing happened between the rocks where I stationed myself. 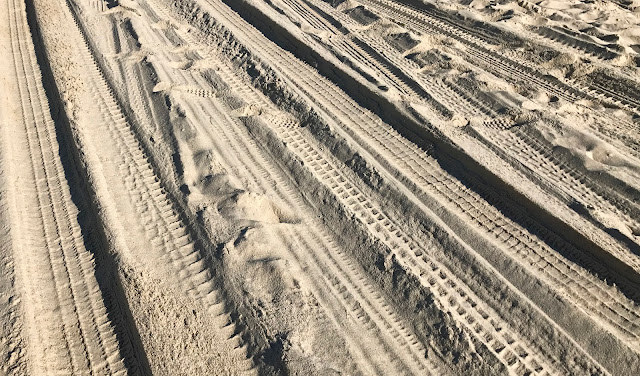 The birds where on the beach, and then up and out, when they did settle on a spot over the water, the buggy's would follow and so would the boats. It was a wait and see, or run up the beach for the guys on the sand. 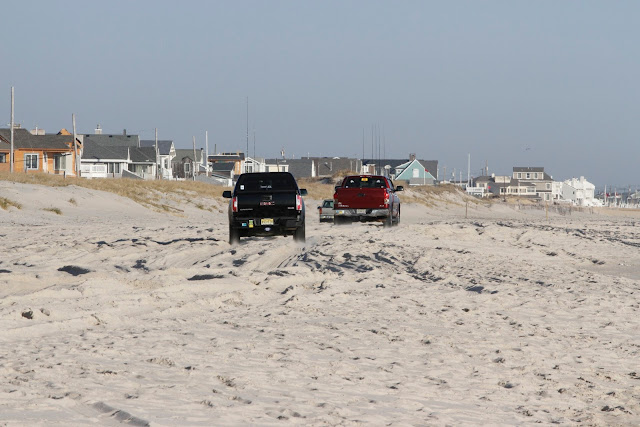 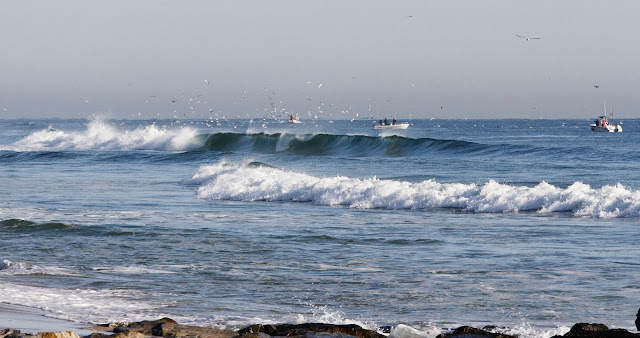 I stayed for a while, hoping to catch, so I could say I was in on one of the best fall runs down south here probably since 2011, but I didn't. On my way back north I found bunker on the beach with an hour left in the ebbing tide. I ran out and followed them down the beach without seeing a thing. In my hast I locked my keys in my truck, luckily I had an open back window to reach through and let myself in. 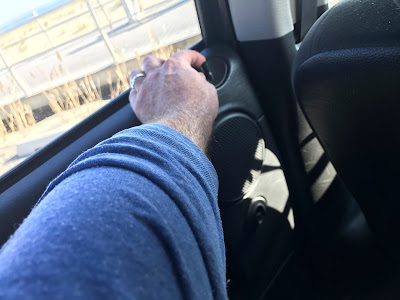 Yesterday it was a new bait in sand eels, today is was mullet. Steve George posted the below pic on Facebook. I had heard, but doubted, that the mullet were still on the menu, but the proofs in the picture. Gonna be south wind which will drop the water temps and rainy the next few days. I'm up to the top of my waders this week in school work and am doing the graveyard shift at work, so, I might be done, for a little while at least, but I may go for a quick minute tomorrow at first light. 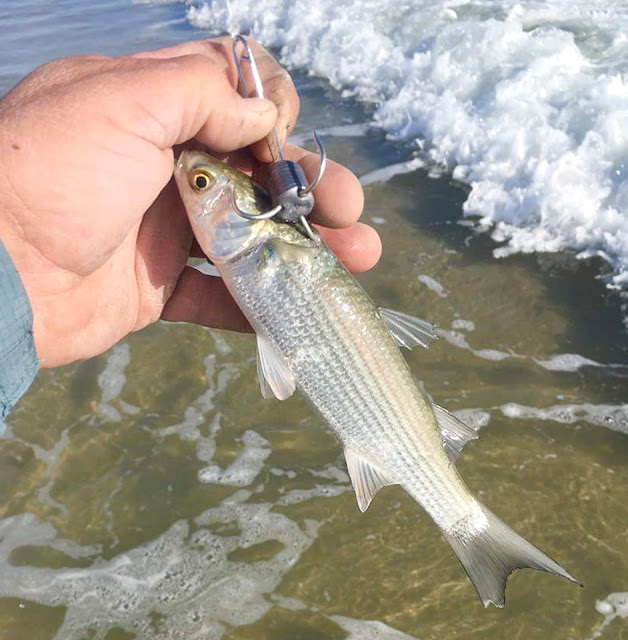 Posted by The Average Angler at 1:09 PM