I love when a plan comes together. Off today, back to the hospital tomorrow. Didn't go to the well and ask my wife to take Erin to school. Worked out just as well as it was dead low tide at sunup, especially in my favorite spots.
So I got out around 9, but you couldn't tell the tide was coming because of the honking west wind. It took awhile for the water to fill in over the sand. But I started out in a different town, and the fish were there. On the peanuts and on the beach. I left them biting, to find other fish, and luckily I did. Moved to the rocks an had fish there as well. Today the birds were the best fish finder you could ever have. If the birds were active, there was bait, and under them mostly bass and big blues. Luckily I never found, or got bit off all day. I made my way to the groin tip and just waited for the fish to come down the beach. One thing about the crazy west wind you could get extra distance on your cast. 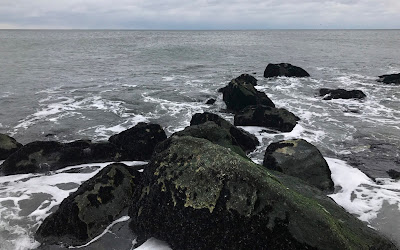 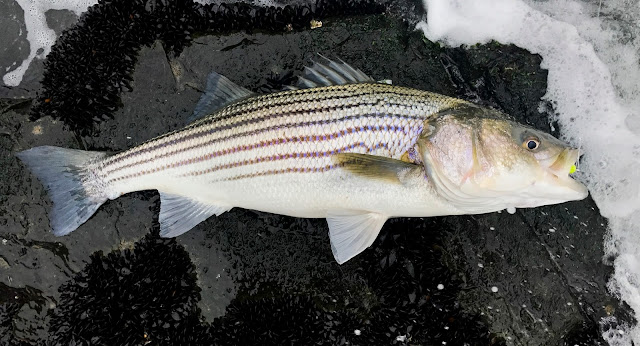 I jumped in and out of my truck a lot today covering five towns, and finding fish in each of them between 9 and 5. So I had the incoming and outgoing tides, with the flip to the outgoing the best.

I happened to be driving by and looked over and it was on, but it didn't last very long. So I moved again. At this spot I found spotty life, but saw good bird action up the beach but not within walking distance. So, it was another quick drive before settling in to a good looking spot, and it was a GOOD spot.

There were five of us there, spread out when things went off. I mean OFF! There was a ton of bait, and a ton of bass. The problem is that on almost every cast I snagged a peanut bunker. It was game as far as life was concerned, but it wasn't easy with the fly. During this flurry I had a few swirls, short strikes, and a few fish on for a second, but nothing came to hand. I changed flies a bazillion times today, and caught with each, but not when I wanted the fly to work. 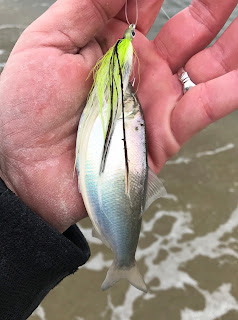 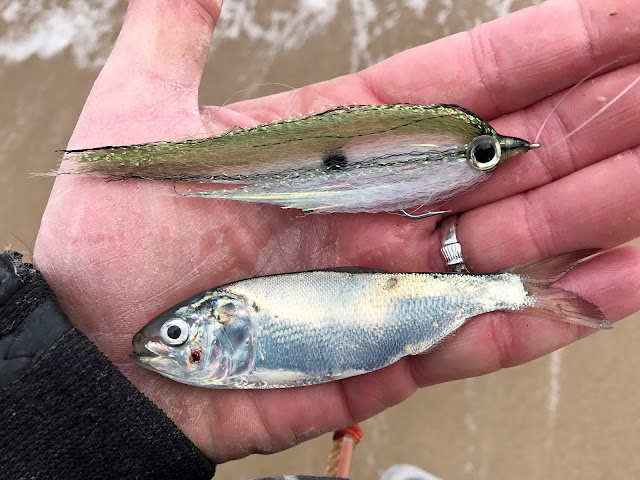 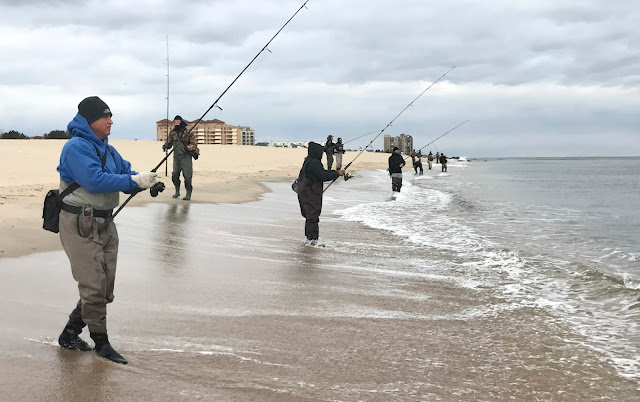 Within 20 minutes our five had become 50, and then that seemed to double as I looked further up and down the beach. I was joined by Charlie who had been out all day and caught fish in another place, but had no luck next to me. We were joined by another fly-rodder, Charlie's friend, who went tight on his first cast, and then his third. As things slowed I decided to call it a day, or so I thought. 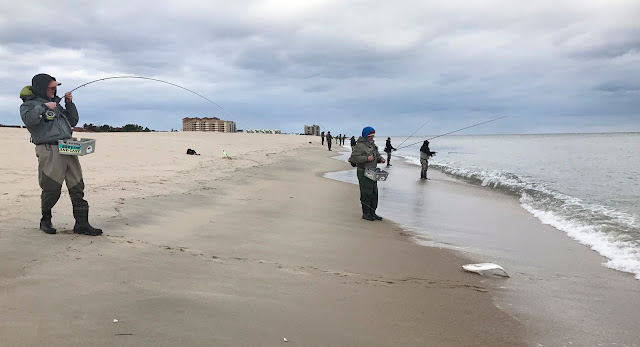 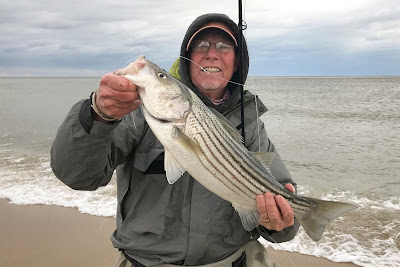 I stopped and looked at two more spots, before settling in at my last stop of the day. It was slow when I got there with just another guy on the beach. As I walked I saw the water get nervous near him and then it erupt. As I got close, he hooked up, and as he fought the fish I asked if it would be okay if I made a few casts. He said, "With a fly rod, sure". And so I did, quickly landing two more before I chased a flock of seagulls down a desolate beach. 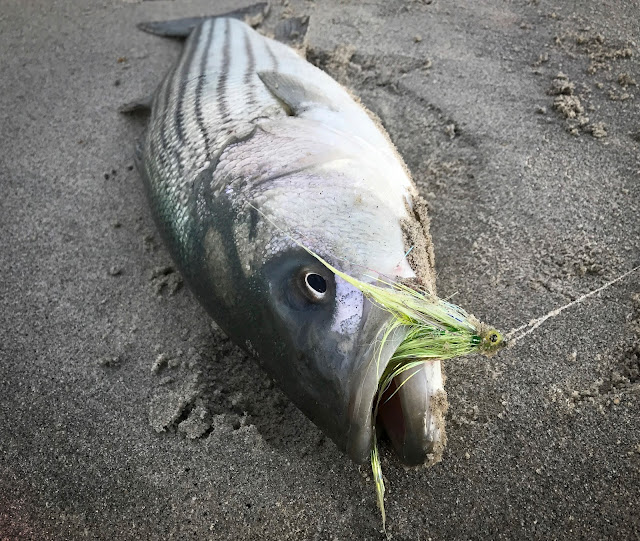 Just a heads up if your not getting any fly love out there like I was for a bit this afternoon. There not just on the tiny and big bunker, its silversides also. I won't be hitting it tomorrow before work. But hope to get out Wednesday, and then ceremoniously on Thanksgiving morning. 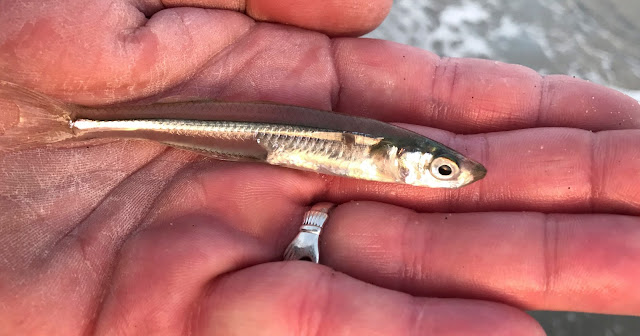 Posted by The Average Angler at 7:47 PM