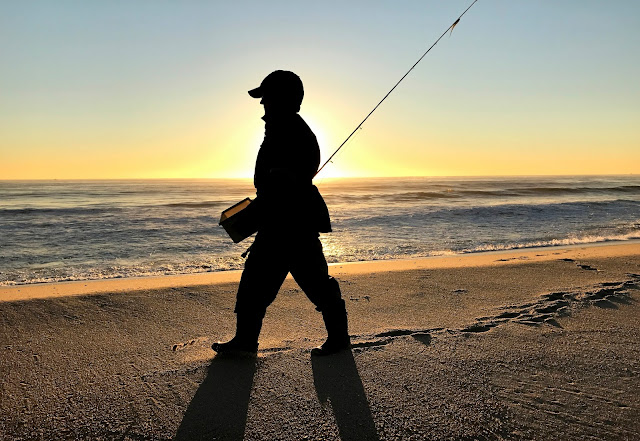 So last night over drinks with a friend Theresa surprises me by saying, "I think I'll go tomorrow". Go where? I thought to myself. And I asked and she said, "Fishing". That was cool. What was even cooler that when I woke her up at 445 am she was game on. A quick stop at WaWa for coffee and we were at the beach at 530. One thing that was funny was as I gathered stuff to bring I saw her phone, a few flies, one which is a sweet Joe Phieffer peanut bunker, and of course, lipstick. 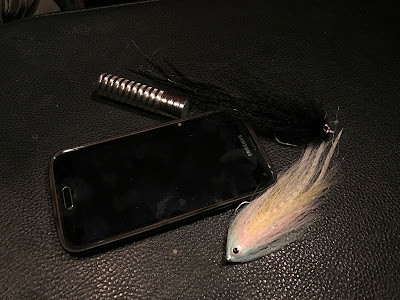 The thing that I wasn't ready for was the sound of a freight train coming from down near the water. It was supposed to be the start of the incoming, it sounded like 1,000 car train was running the coast. When we got down to the water we could see huge swells, with an eventual shore break that made standing in the water tough and line management even tougher. 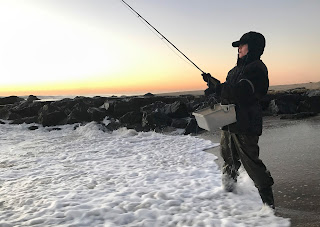 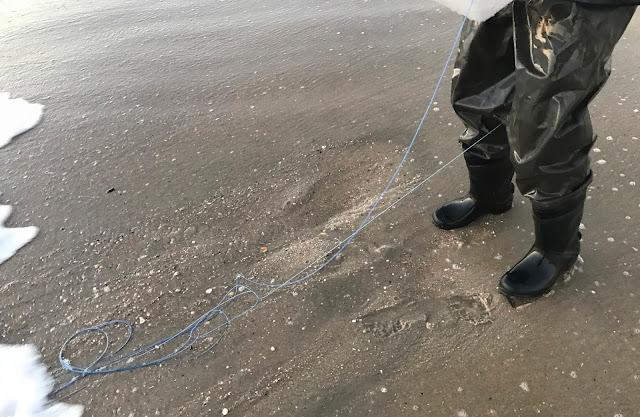 We walked down the beach and I had the opportunity to introduce my wife to the guys. It was a nice surprise to see Suzanne joined Joe as well this morning. I think the thinking was that with yesterdays flat and fishy conditions it would be a great day to bring the ladies. Not. Not that it wasn't a beautiful morning it was just tough fly fishing and any bait or blow-ups occurred way out of range past the shore break. 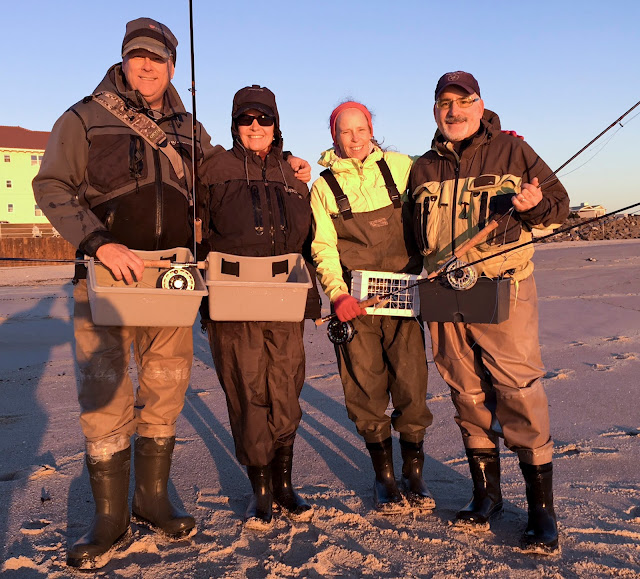 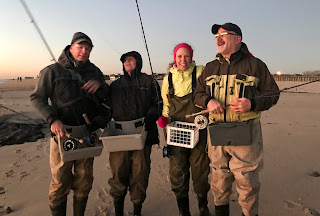 One thing about selfies, I never know where to look, either does she. 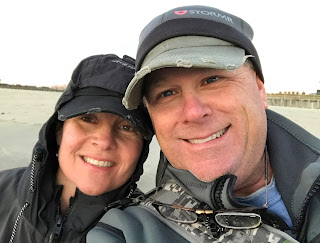 It seemed most anglers gave up and in by about 8 o'clock. I decided to stick around as Theresa had errands to run. I told her to pick me up at 11, just at high tide. What a mistake. The water got bigger and nothing ever materialized. I did find one dead silverside on the beach so it's just not peanuts their after. Tomorrow looks windy, 30-40 mph, with cold and rain coming. The swells kept the boats off the beach today and the weather should keep the anglers home and warm. Hope the fish come out to play. 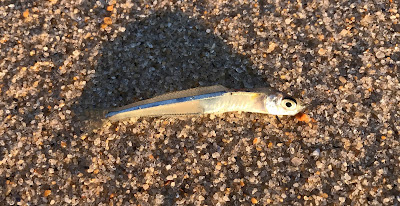 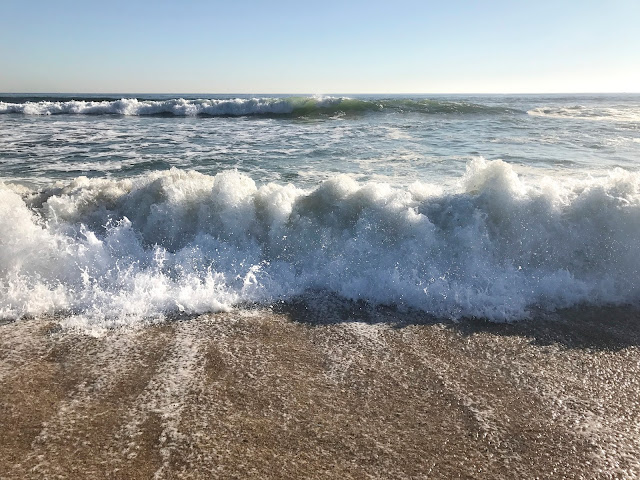 Posted by The Average Angler at 6:44 PM