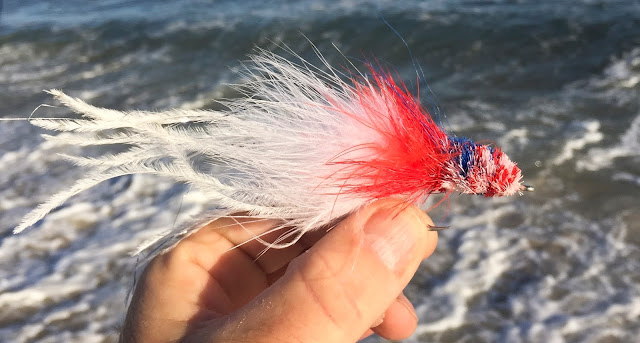 So a few months back Lief gave me a Snake Fly that he tied in patriotic colors. I was saving it to fish this election day, and my prediction would be based on if I caught a fish or not. Catch a fish, Trump wins. No fish, Hillary wins. 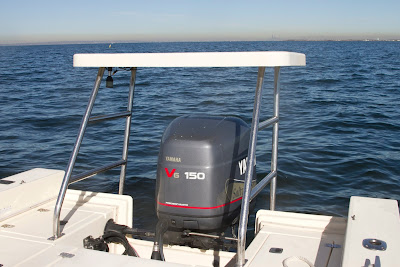 So today was a busy day. I had to work the midday hours to cover my colleagues at work so they could go vote. The weather and conditions looked good so I started the day in the bay on the boat. I slide the boat off the trailer, pulled away, and then remembered I forgot the DRAIN PLUG!! So, with the help of a friend I got it back on the trailer and drained, and then was shortly underway, with a plug.

I felt good, but soon I realized it wasn't going to be good, at least for me. My usual haunts were devoid of life. A scan on the horizon showed more birds and boats, so I went into that direction. I stayed away, but bling casted a variety of flies without any takers. I went out front for a bit, but there were some good rollers so I stayed away. Before I took out I fished the shallows and under some birds, but not a touch.

So before I went to work I voted myself. Here's my take on todays vote. Whoever wins, tomorrow I support the President of these United States. I, as my right, cast my vote, for Donald Trump. If my choice wins, then God Bless America. If his opponent wins, then God Bless America. I hope we as a country can for once unify and "Make America Great Again", as I do feel we have got away from that. 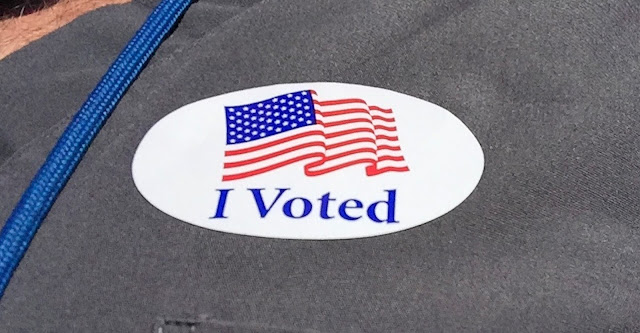 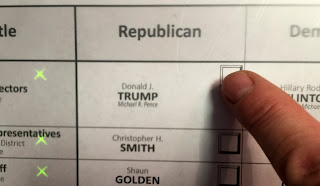 So after covering the girls as they went to the polls I had one shot left on my prediction, which really would mean nothing. The swells were there and the big waves broke at your feet, with the runoff practically turning me around in the sand. I fished for an hour, and then called it.

Hillary Clinton will be out next, the 45th, President of these United States. 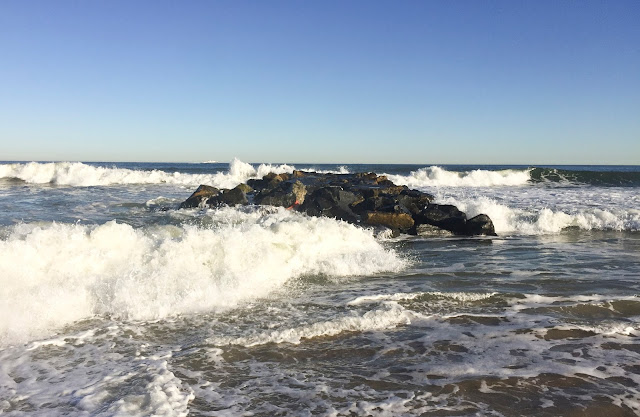 Posted by The Average Angler at 4:52 PM