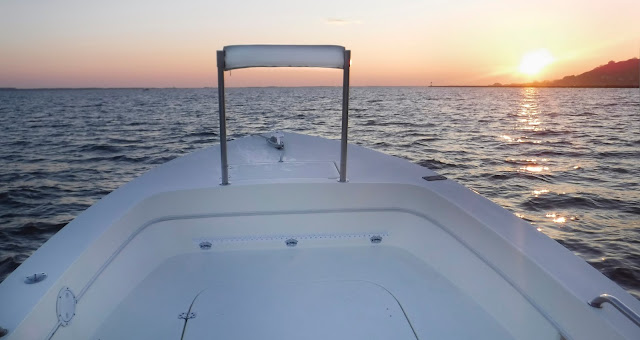 Thought about hitting the beach at first light, which I see I should have, but decided to take the oat bout front. Wasn't feeling it, even after finding the peanuts up on the beach. I figure, if I am going to be trying to cast onto the beach, I might as well fish from the beach. Took a long drive south on the water, stayed for a bit, watched a blow-up every now and then, and then motored back to base. 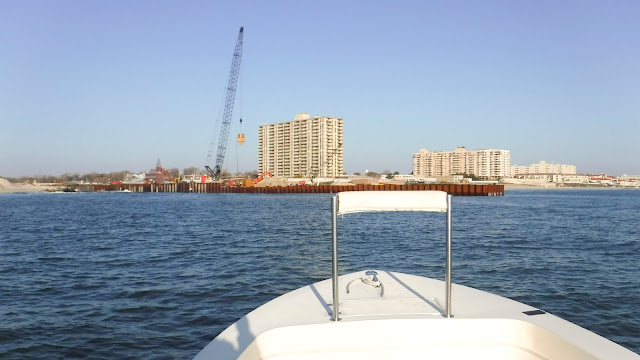 One thing I watched unfold was this lone angler trying to fish in the beach replenishment work zone. The peanuts were on the work side, and he wanted in. At one point the guy in the buggy came and tossed him out, to no avail. About 10 minutes later the guy came back yelling and the guy beat feet. One thing is, we have to stop testing these guys, or, besides just signs, they will close whole stretches of beaches while they work. Trust me, I got that from the inside. 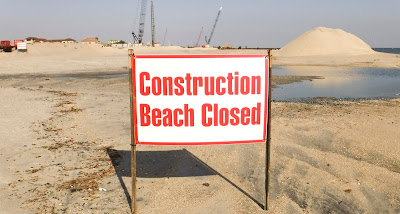 I did stop and make an image of the early shift waiting to get into the bite like the day before. As of this writing at 330 p.m., it hadn't happened yet outside of a few big blues early on. 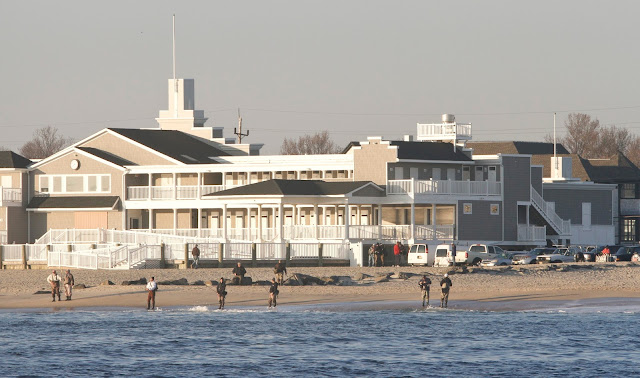 So, after putting the boat on land, and eating the lunch my wife packed me I headed to the beach. I knew the peanuts were in the area and it was just some time before they got to where I was going, if they weren't there already. So I got there maybe 3 hours into the ebb and it was falling. There is a five foot tide with the SuperMoon, so it leaves in a hurry. Just as it started to look promising up the beach I settled onto the rocks and waited. Every now and then a fish would blow-up, but I was worried that the skinny pocket I was in wouldn't hold enough water during the chase. So I made my way out onto the groin tip, not knowing I would be joined by tens of my new fishing buddies.


That wouldn't have a made a difference.

I watched as one party boat motored over to the birds, followed by another and a few smaller boats, and then closer, closer, and even more closer. So all I wanted was to find my own fish and fish alone. Remember when you look at the pick, it's almost a blow-out moon tide, there's not that much water under those boats.

So, yes, I should just done the beach thing today. Leif had good action to watch and catch this morning, landing this 35" bass, that was probably bigger than it appears in the picture. While "it" can happen any time during the day now, when bass and blues are on the bait, first light still seems to be my favorite and at times very productive. 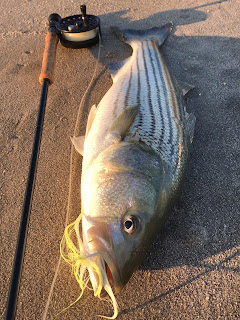 Posted by The Average Angler at 3:47 PM