Well it wasn't easy and it took a long time over many miles. Started out at home and rounded the Hook and headed south down to Ocean Grove. That was as far south as I was heading. I know its been south but I wasn't doing it. Turned around and sent north and didn't see anything on the way down or way back up. That's not to say they weren't there, and guys didn't catch, but this time of year I am head hunting and looking for birds.

On the way back I found boats pinned to the beach but didn't see anything happening. I feel for the beach guys when the boats can't resist. It really a boner killer though, it can just ruin your outing when you get crowded from left and right, and then right in front of you. 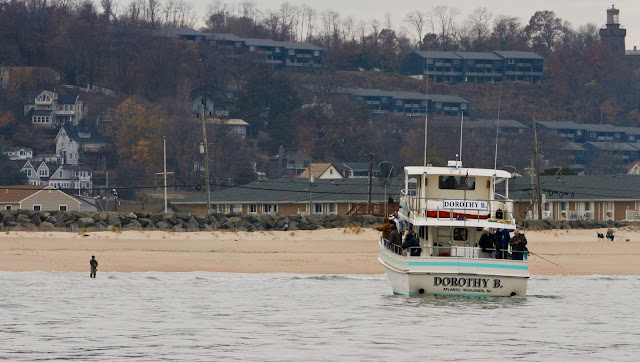 So my idea, since it had to be going somewhere other than Ocean County, was to travel across the pond and and into New York Bay. Luckily I didn't have to go that far north. I found a ton of birds and only three boats anywhere near where I landed. It was slow but as the tide ebbed it got good. Soon those boats came, and then more, and then bigger ones, and then smaller ones, and then more.

At first, even with all the traffic kind of in the area it was okay. Then, don't know if it was New York or New Jersey guys, it got kinda stupid. There's a great hard outgoing with a greater drift. All you need to do is run on the outsides and the get a drift. Eventually the action will come to you, or you will pass over it. Luckily, after the nuttiness, boats spread out and it got good. 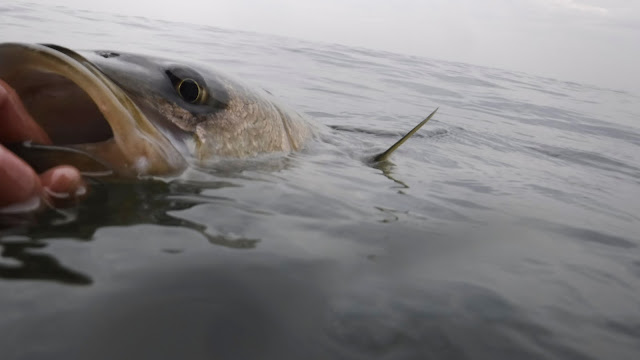 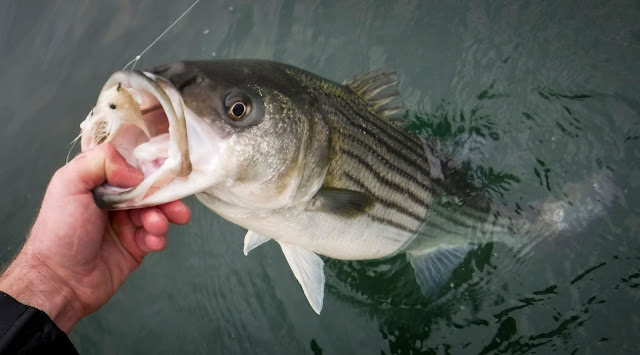 Couple of things today. I was in it good and couldn't figure out why as I watched the bass swipe, eat, and even inhale my fly I couldn't hook them. Was my fly too big? No. The hook broke. Most likely just rusted and got weak. I probably fished that way for half and hour. Lesson learned. Check my hooks from time to time. 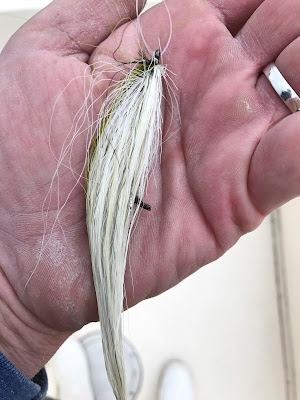 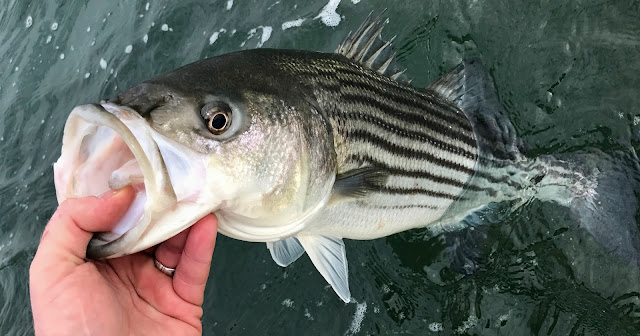 The other things that was nice each boat got a visit from the New York DEC. They were looking for short or too many fish. If you had a fish they wanted to board you and see them. I am glad that there is some enforcement going on, and welcome any inspection any time. I hope the big boasts get checked too, although I didn't see that happening.

I usually refrain from using other peoples images, but Capt. John McMurray aboard the One More Cast  had clients out today and they wanted a fish for the table. John is a well known guide and educator and conservationist so I don't think he would mind me sharing. He posted the stomach contents on his Facebook page and this what they are eating. A butterfish, a bunker, and a herring. So there's a variety of bigger baits that they are eating, and each has a different profile, so mix up your patterns and your sizes.


Posted by The Average Angler at 6:39 PM