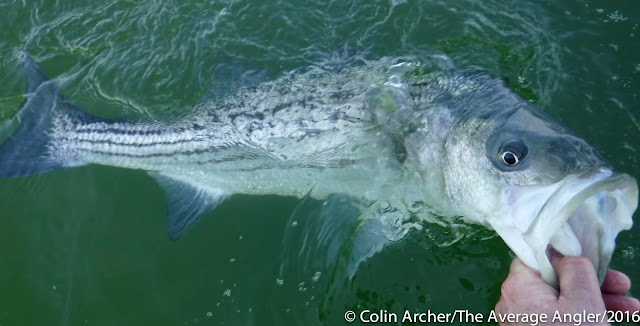 First surprise came as I was driving to the beach to fish before work. A text from a co-worker at 5a.m.- "You're cancelled!". Every now and again we get cancelled when the unit census is low, or we're staff heavy. It's a nice break when it happens. And I knew what that meant.....boat! I did start off on the beach for about an hour without a nibble.

Second surprise, well I slump them together. So I pull out and have to decided where to go, west or east. I chose west-north. The wind was honking and the wind against tide made for a long ride to a distant shore. The amount of bird life, specially gannets, was amazing. If I wasn't getting too tossed around I would have made an image. But I drove around for a long while. I then went out front but wasn't feeling confident....I don't know why I just was. Outgoing, swell, wind. So I went back in.

I was amazed to find a whale in 13 feet of water chasing bunker. Just as I was going to make an image the Navy Marine Police were coming up on me. I didn't think I was that close, but I was. I was within the 750 yards, 2,000 feet , that vessels are to stay away from the pier. That's dam near the channel leading into the Belford co-op. Very nice guys, just checking things out. Quick I.D. check and they were on their way.

The birds were everywhere, but nowhere. After slack the area I was in, all alone, blew open. I had the place to myself for over 2 hours. I caught about a dozen up to 31". It was hard feeding them, I went back and forth between a big bunker fly and smaller peanut fly but it wasn't easy. When I was joined spin guys come in and bailed fish after fish using rubber something-or-others. It just kept going.

I was invaded by big bluefish and before I realized it I lost yet another prized Warshawer fly. I need to put in an order ASAP. Once the blues came and went it was all bass. I had contemplated going out front but had to call it a day and head to Monmouth University to class. Tomorrow's my last boat day for a bunch of days so I am looking forward to looking and fishing hard. 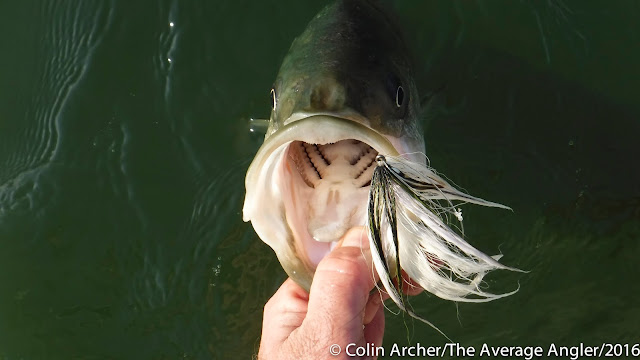 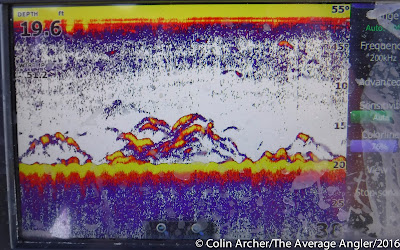 Posted by The Average Angler at 9:50 PM