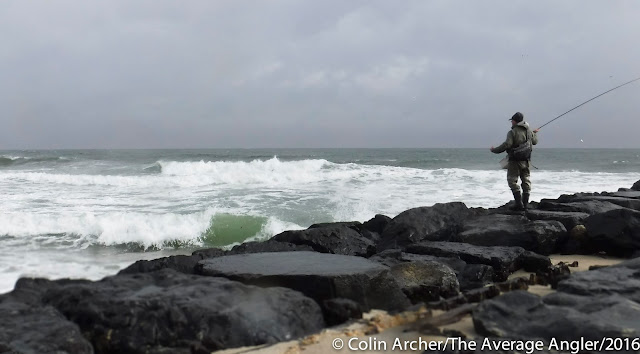 Had to be at work this morning which was fine because it was windy and big out there. When I did get to the beach it there was about two hours left in the outgoing, but the NW winds were cranking at 25-30 mph. Still found fishy water, and thought I would catch, but there was nobody home. Gannets diving outside of the breakers, no sign of bait, but the leaves were heavy from the newly constructed outflows, which makes some beaches look like Yoo-Hoo.

I tried the time lapse option on the camera and will have to tweek the distances and angles. At one point it was blowing so hard it knocked my set-up over and I have 45 images of the sky view like below. Wind is going to swing and tomorrow looks like a nice day to be out there. Drop me a line if you are interested. Things looking fishy. 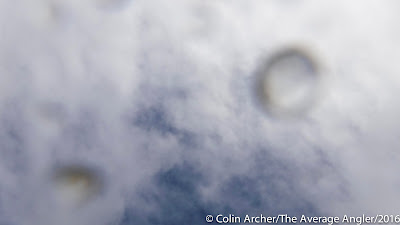 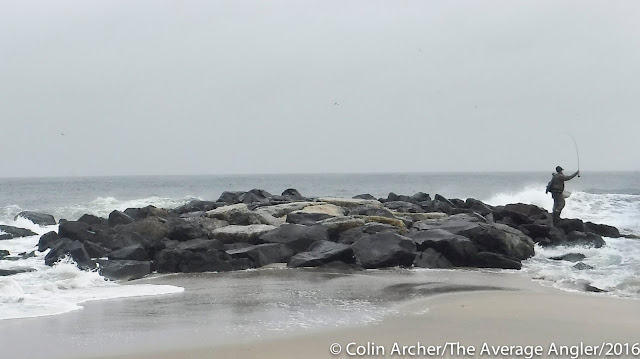 Posted by The Average Angler at 1:59 PM