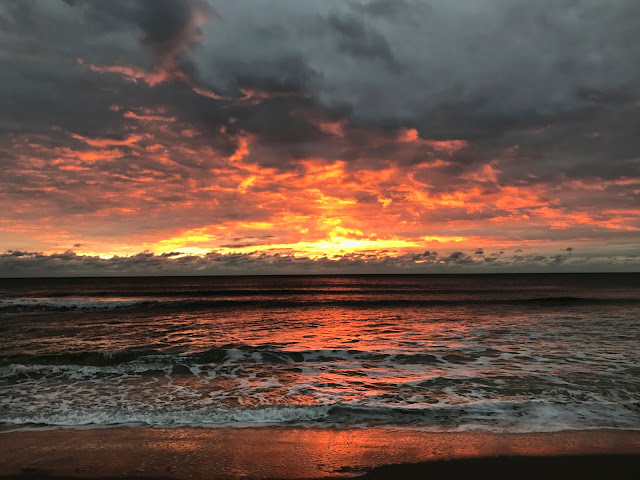 So after yesterday's huge swell and shore break, and today's forecast of west winds honking at 30-40 mph at sun-up I was surprised to find such a beautiful, and slow, start to the morning. Got to a beach all alone walking and waiting. Dead low tide had me able to scout the bottom, and realize just where I have been casting my flies to lately. 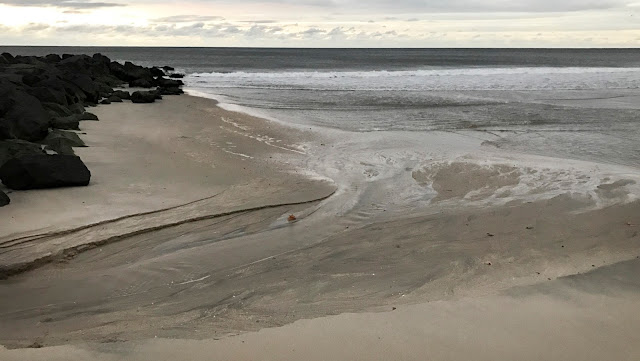 I had today all planned out. Get out early, get chased away, then pick my daughter up and catch the International Fly Tying Symposium in Somerset before going to the Giant's game at 1pm. I was on target until the blues and bass decided to crash the bait along several towns that I frequent. It started off in the distance and then it just broke wide open. So we never made Somerset. Weird kinda day, and frustrating with the fly rod. Lots of time things were out of range. Also, the water was way off color, and I don't know if they, the predators, could even track a fly out there. I had a few decent shots, or close to it, and during my fishiest time I got the worst series of knots as my line blew out of my basket, almost causing me to lose my fly line in the rocks, and causing me to lose my fly, thanks Joe, and my leader. Luckily Andy was in the area and gave me some line that I could tie a fly to. Didn't matter as I never connected.

None of the fly rod guys I know that were there hooked up, and I only saw a few fish caught, but a internet friend caught a 30 pound fish, I think in this fray, although he could have been more south. Should be interesting to see how the water looks tomorrow as the conditions appear to be forecasted about the same.

I left them biting and in the area and most likely before they came on the beaches on the flood tide. The day was great though, was able to spend it with my daughter with great seats and a great game. While the wind did honk, we did stay dry and were able to slip into the Coaches Club to stay nourished, hydrated, and warm. 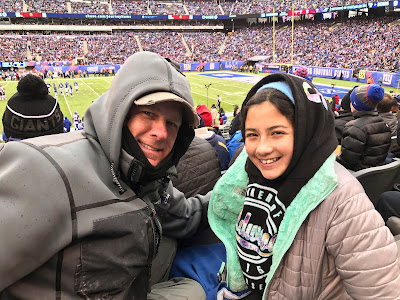 Posted by The Average Angler at 5:32 PM