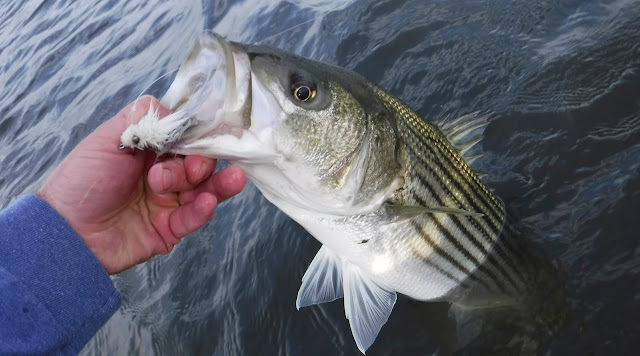 What a surprise! Got out of work early at 330 and was going to come home by the way of the water to see how things looked. I found the west wind had things laid down our front, with nothing going on as I scanned up and down with the binoculars, and the water off color. Was going to make a left and head home......but I had to check one spot out.

I pulled in and got out and there were fish busting on peanut bunker on the end of the outgoing. One other guy stopped, made a few casts and left. I had the place to myself. It was near sight fishing walking the flats in water that went up to my stripping basket. If you just waited, the bunker would get nervous, then some swirls, followed by a few blow-ups.

I landed four, had one come unbuttoned, missed a few, and had some swirls behind and a follow up to where I could strip in anymore. It lasted until the tide was down retreating. I was joined by three other fly rodders and we watched and waited as the water came in without anything to see. Really great spur-of-the-moment outing, and being alone and having fish made it all that much better. 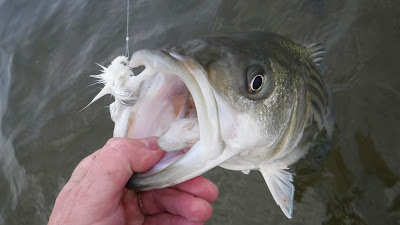 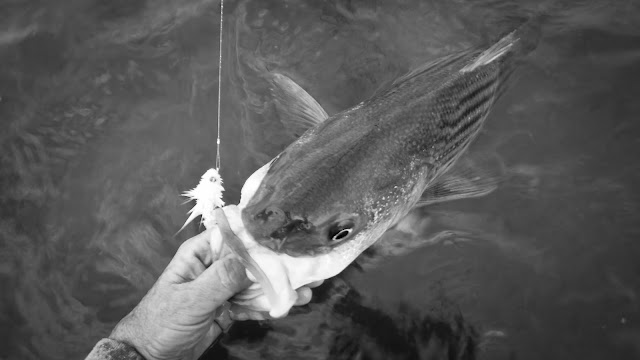 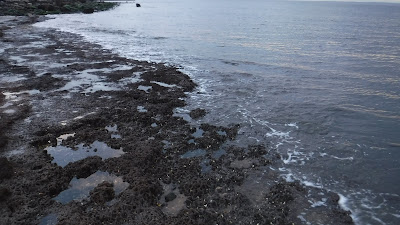 Posted by The Average Angler at 7:09 PM