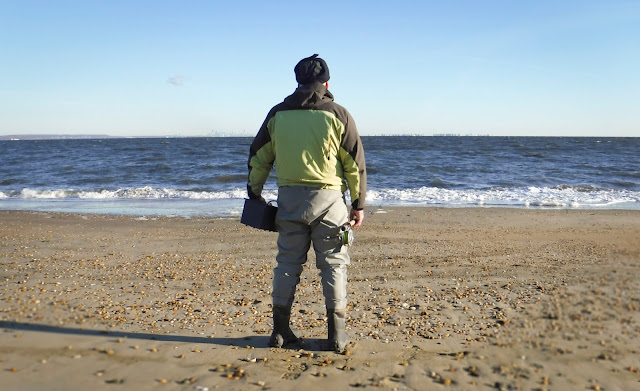 So when I mention "Is it over?" guys keep telling me it hasn't really started. Okay, I'll take there word for it, but, man has it been slow, at least where and when I've been. The beach is dead, except for a strangler here and there and a quick push of fish onto the beach. I guess for some, the boats have been producing, if you are constantly on the move chasing other boats or birds. Inside has seemed to quiet down, even from yesterday where the peanut bunker practically lined the beach. Seems, like at best, it's a one-and-done fish thing, or it's more fish than you can keep track of. 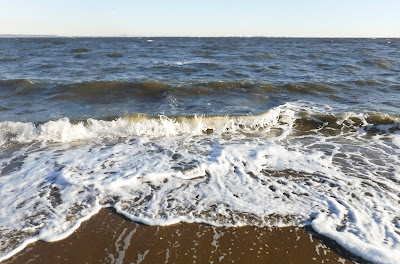 Today Joe and I started at 530 and after a coffee we went looking. Howling N- NE and then N something wind that seem to gust to 25 at times. We didn't find the bait and the plethora of birds we had yesterday. The bay was off color on the low tide. We moved around and checked at least 10 spots, most more than once for the five hours we were out. Sometimes it looked promising as the birds got up, but then there were on their way.

We even ventured out from hen the wind went NE with the incoming tide that showed promising conditions. We found a time when birds were in close, but even the spin guys had a hard time getting their plugs straight out off the beach. We tried to go south and head them off, but that never materialized.

So, where'd the bait go? And where'd the fish go? We stopped and talked with a few guys who stated, "They're in Rhode Island", "In the Canal", "In Montauk", "In New York", "7 miles out". Well, they're not here, at least with any consistency. 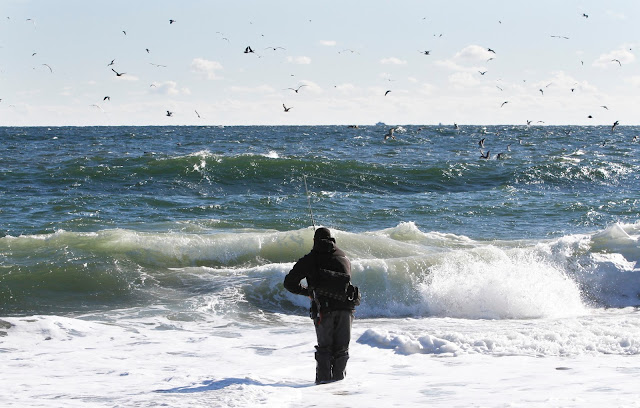 Posted by The Average Angler at 12:43 PM