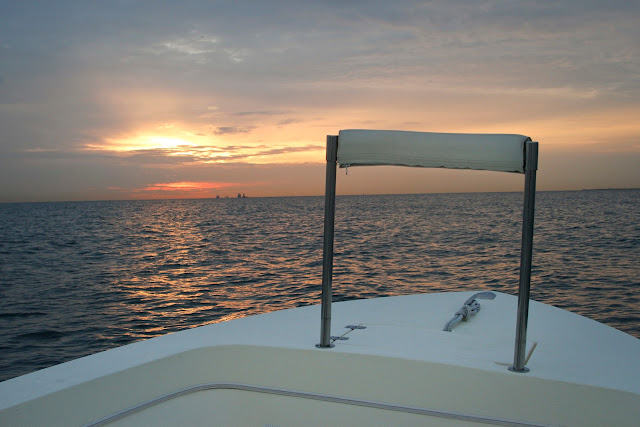 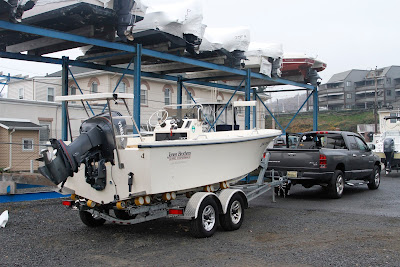 Seems like I've been starting from the end of the day. I noticed yesterday something wasn't right with the boat. Didn't have power, accelerations were slow-and then flip-you-over-the-poling-platform-fast, and then at high rpm's it just wasn't there. Bad gas, fuel filters, fuel pump, fuel pump diaphragms (thanks Paul), who know's. So it went to Gateway Marina today for a test drive tomorrow and a diagnosis. It's kind of like dropping your pet off for what you hope is a simple procedure. 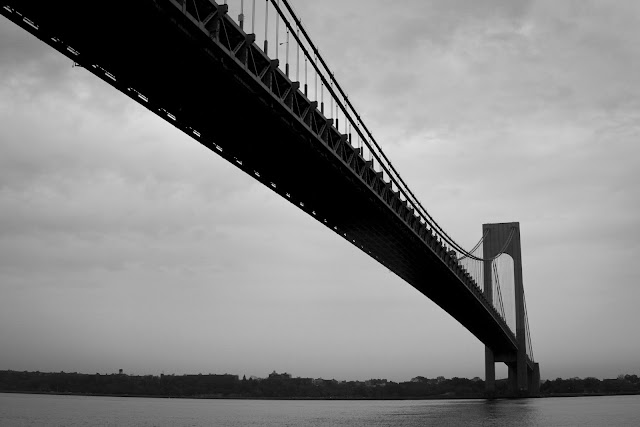 So yesterday after pulling out I ran into two buds who were just putting in. Even though I got skunked I figured I'd give them what I knew. Later that night Andrew sent me a video message.....

My plan was to FIND THAT, not in the same spot, but somewhere in the waters where I was searching. I went north, west, south, east, then did it all again. My early looking had me scratching my head until I found some friends who were on some fish with their clients. I stayed away, had a few hits, but didn't connect.

I drove a pretty good distance and made a few pics while I scouting the area between the boroughs. I don't spend a lot of time here, but I should, cause it's fishy and a different landscape. It was back then west, and then east, before sticking my head out front. All the while my motor is shaking, sputtering, and without full power, well a lack of response with the throttle. 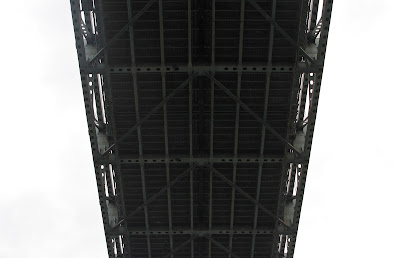 As I stopped I saw a few birds quickly gather and then it went off for a about 10 minutes. Bass blow-ups here, big blues there. It wasn't 10 minutes in one spot, it was and done. I hooked a big blue, better than 10 pounds, who bit the 30 lb flouro as I put the Boga in his mouth. The other bit through as soon as my fly hit the water. I didn't want to go wire, because I was just looking for bass.

Coolest part of the day was watching bunker pods swim, get nervous, and get blown up on. It is very difficult to take pictures because it happens so quick and by the time you move the camera it's over. But here's a few frames I got off.

And Wow!- what a late night last night. Very surprised with the results. All I can say now he has to make good on all the positions he ran on, or at least attempt to make good. There are no winners in politics, and specifically in elections, if things aren't good for us as a country as a whole. 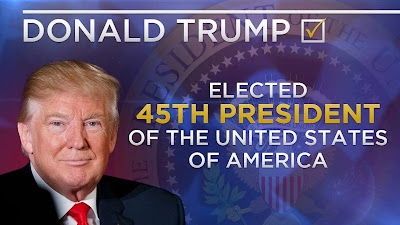 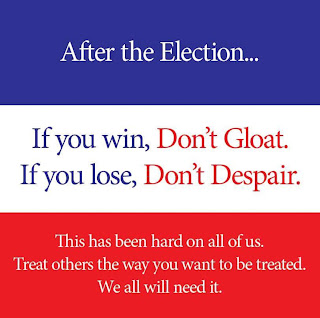