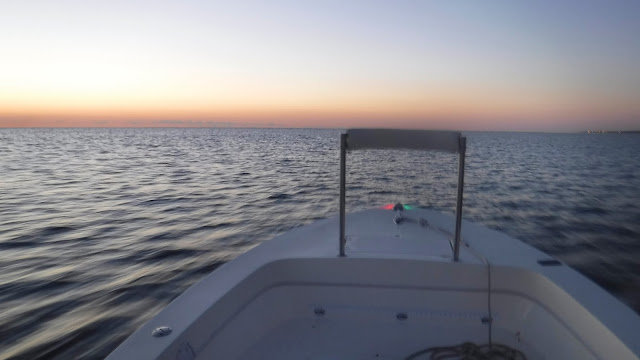 Well, today was a long day. A very long day. The only thing I caught was the skunk. I got to the marina by 6 and was the third boat in. By the time I was underway the ramp looked the scene in Jaws with guys trying to get out. I took the rocky ride out and headed south, and had the place to myself as light came, for about 15 minutes. No birds in close at first and then by the time I found them east the boat traffic started. I saw a few fish caught jigging and trolling but didn't find anything up on top. I was joined shortly by the party boats and by the looks of it I would say they were just about at max capacity. 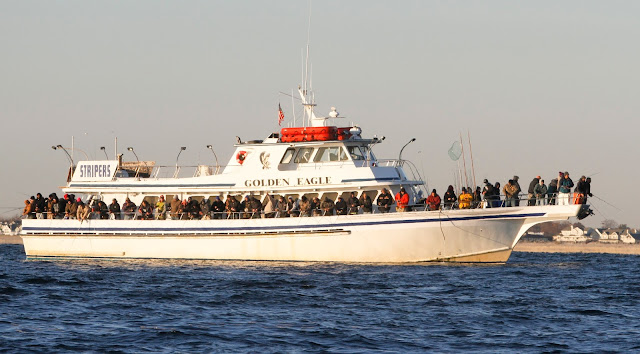 I got blown around pretty good on the way back and then into the bay. Strong west wind that had to be blowing 20 at times. As I made my way inside I found a kayaker that was definitely not where he was planning to wind up. I stopped to make sure he was okay, as did another boat, and that Skipper towed him in to safer waters. I went west, checked out the skinny water, and did a long float bling casting along the way. By noon I was done and headed in. 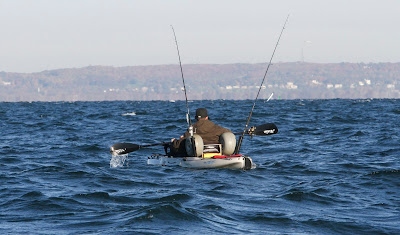 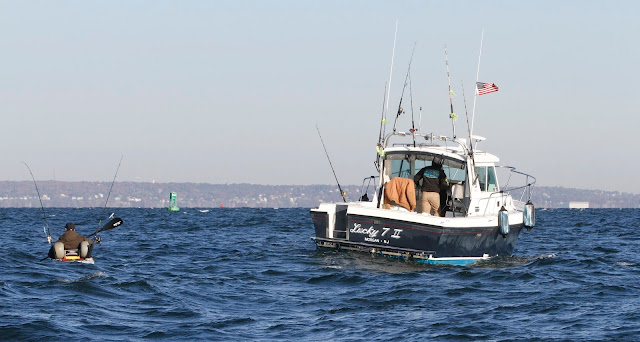 I was done, but not really. I decided to throw on the waders and go find some fish on foot.
As I came over the bridge I could see the tide had flipped and the west wind had laid it down. It looked like a beautiful day out there, too bad I threw in the towel early. I saw some clumps of boats, but saw the most south, and just at what looked like the three mile line. 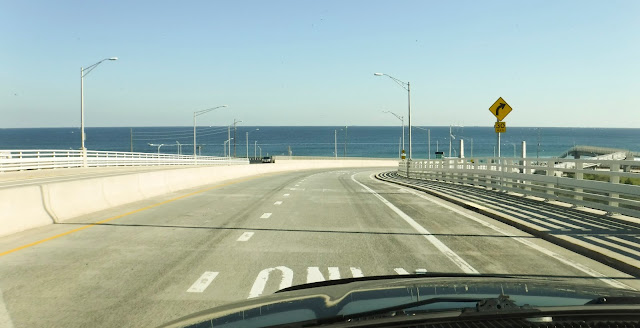 I checked the beaches as I went south and settled in and found sweet looking water with a great trough, but not a fish to be seen or had. It was then that I was really done. But I figured I could give it one more go so back in the car and north and west I headed. I found a spot, got out, and had the beach to myself and another guy. It was quiet, until it started going off both close and out of range. I just couldn't get them to eat as they blew up on peanuts. Soon, I don't know how, 11 anglers showed up and I saw 5 bass caught.

So I ran the boat for miles, drove my truck for miles, and walked for a dam near mile, and didn't feel a tug. I think I might be too fixated on the first-light-gotta-fish-thing. Today demonstrated that the early bird doesn't always get the worm. I thought I had a good plan, but it didn't pan out.

Clocks go back tonight. See you out there bright and early. 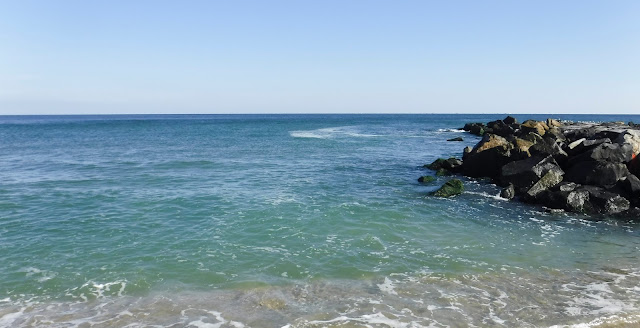 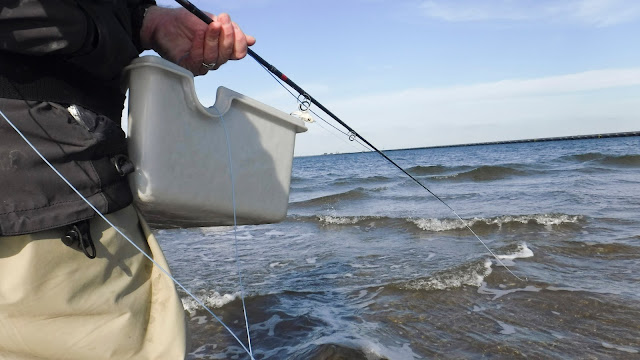 Posted by The Average Angler at 5:50 PM