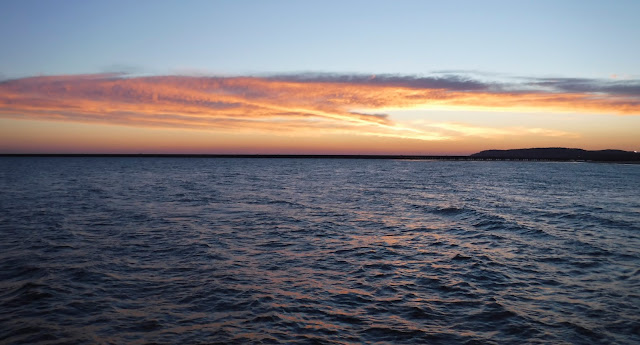 It was nice to see some light before 6 am finally. Got to the water and met a nice fly fisherman who broke out the spinning rod because of the honking NW winds at 20-25. I did find the bait and the birds, and some bass, but couldn't get them to eat. Let's do the math- 500,000 bass 4,000,000,000 peanut bunker. Do you think they'll hit my fly? I fished an inlet which gave me some protection from the wind and did have bass pushing the bait in on the end of the outgoing/slack/incoming. 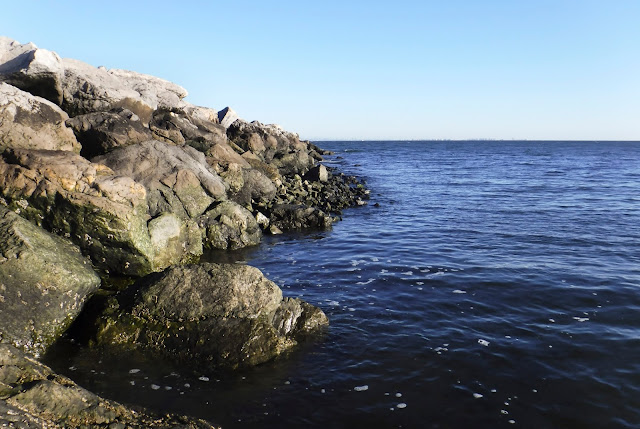 What's worse than anything is the lack of fishing reports occurring outside of the boat guys. I know guys keep tight lipped, but in general, there just isn't anything going on along the Jersey Beaches. I hope something breaks soon, maybe all the W-NW-N winds need to swing around.

I received my order of a few of A.W.'s flies in the mail. Of course they don't disappoint. Love the black one for those early mornings or late nights. If you need great flies, especially these type, you can look Andrew up on Facebook or drop me a line and I'll get him in touch with you. 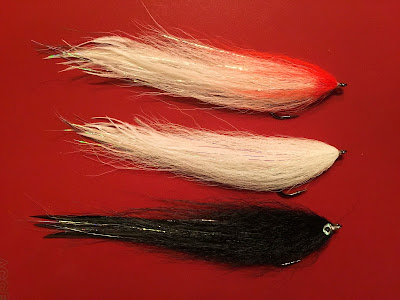 Posted by The Average Angler at 5:14 PM