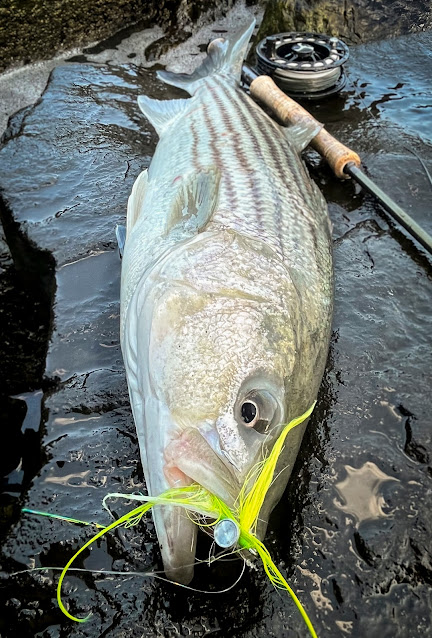 I won't be able to make the journey down to the beach this week so this morning was my morning. Up at 315 am, on the beach and getting hit with the incoming swelly waves at 420. Tried to pop my way down the beach and on the rocks and it was hard with the quick sets and waves breaking up on the beach scarp. 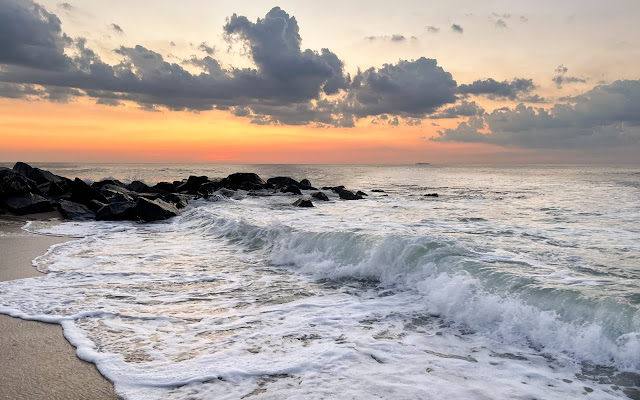 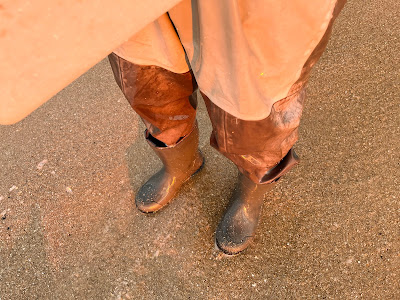 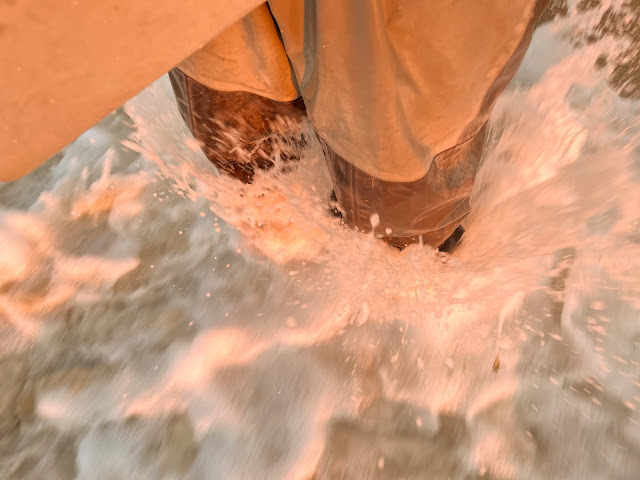 When the waves did break the water would run up the beach nearly sending me head over heels depending on the force of the wave. The water was clean and green and looked fishy, which it was, 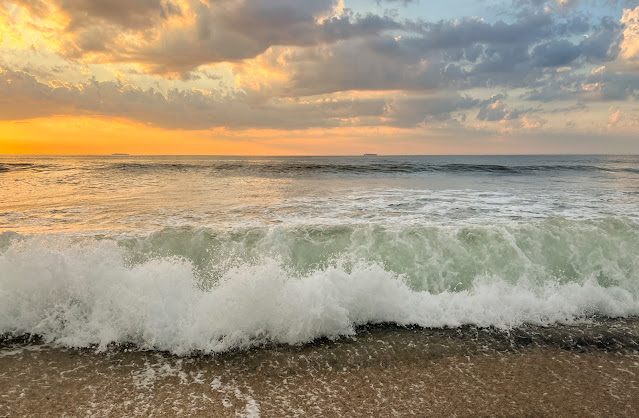 just tough with the fly rod on the high incoming tide. There were mussels galore and it was tough trying to get the fly down in the trough without coming up with junk on each fly during each retrieve. After light came I met up with Leif and we made a quick spot switch as I was having no 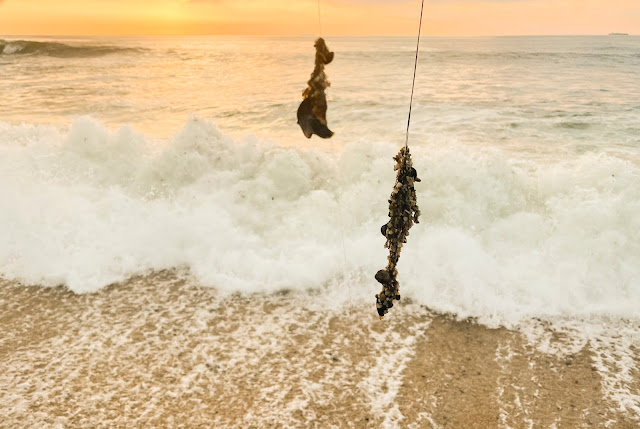 luck. There was a guy fishing a bucktail/squid combo and he must have landed 20 fluke, including a few keepers, which we shared a bowl. Now, bowl meaning structure, not bowl meaning cannabis (pot). I walked down the beach and up onto the rocks and after 10 minutes I had my first hit and fish of the day. It grabbed the Ugly Ass Fly just as I was taking it out of the water and soon he was making his way into the still swell waves. I haven't landed a fish on the groins lately but luckily this one had a nice carved out section I could get down and land the ocean run fish. I had to call it an 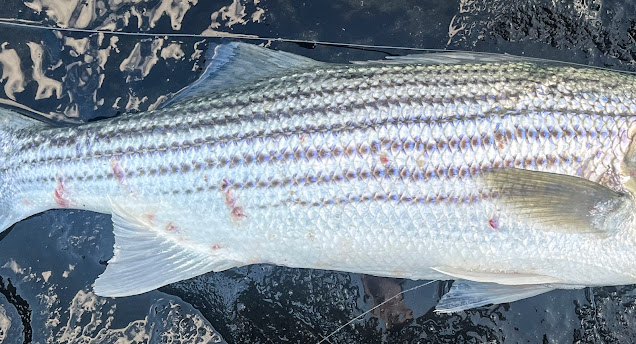 early day because Lauren had listed her Subaru and she had a lineup of customers starting at 9. It only took three people looking at it before she had the asking price in 20's in her hand. That's some 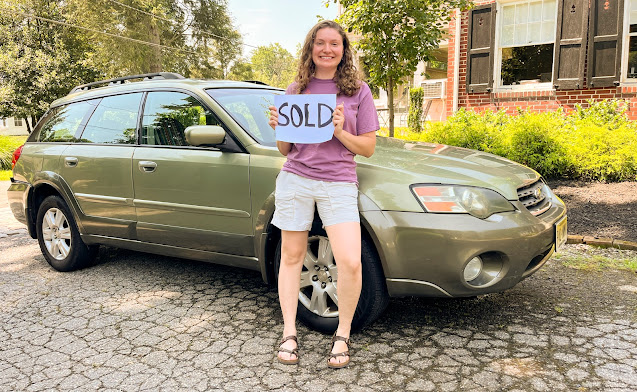 vehicle weekend we're having out here. I swapped a truck for a truck, she sold her car and now we're off to look at a 1998 Dodge Ram 1500 for her, and it's a stick. 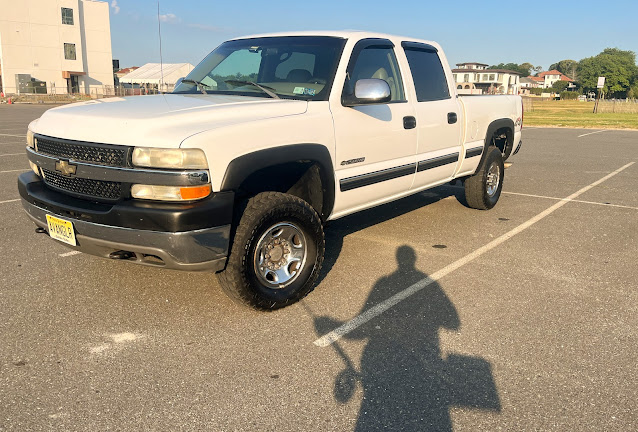 Posted by The Average Angler at 12:36 PM