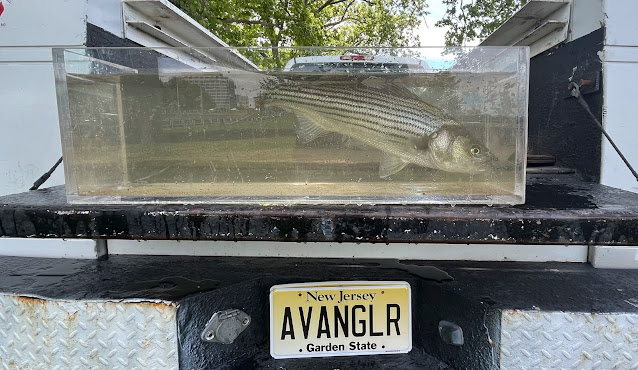 I have received several questions about the viewing tanks that I have built. One of the questions most asked is "Do the fish thrash around?. Below is a short video of today's midday bass that spent some time in the tank and you can see that it's just chilling out ready for a release. 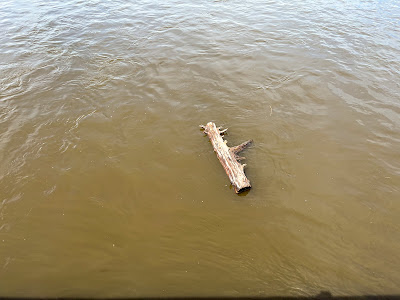 Not sure why but the river was off color and the occasional debris passed by between casts. I threw a tandem set-up, including the minnow imitation that had a salty flavor from this morning. Back to the debris. As I was casting I noticed a 30 foot tree heading down river and bearing on a 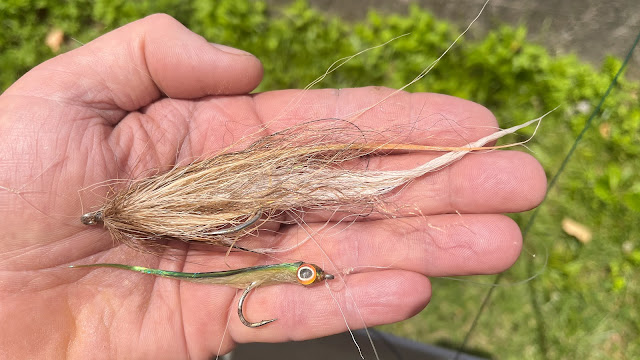 boat that was anchored up. I yelled out to warn him and he used an oar to push it aside when it got close. That's one thing about the Delaware, you never know what's coming from upriver. 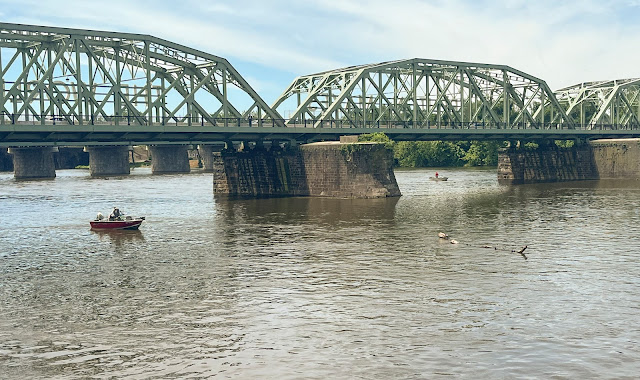 Posted by The Average Angler at 12:46 PM