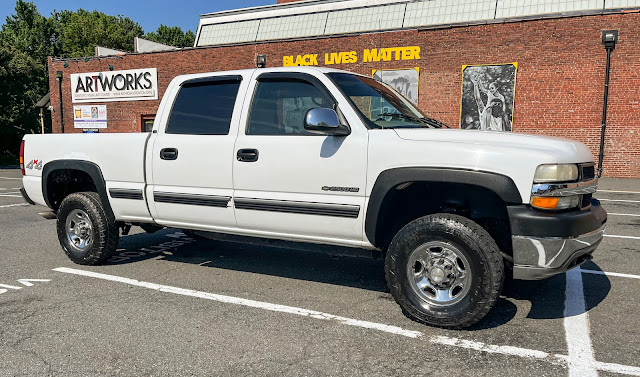 So, here we go. After a few week listing on Facebook Marketplace and looking at a bunch of used trucks I decided that a truck swap was going to be the best I could do. I had my 2003 Chevy Silverado Duramax with 138,000 miles, I know, 'That's just breaking in", "It's worth a fortune", and "You can't get trucks anymore", well with all that no one came and looked, I was back and forth 4,000 times with a handful of buyers......later. 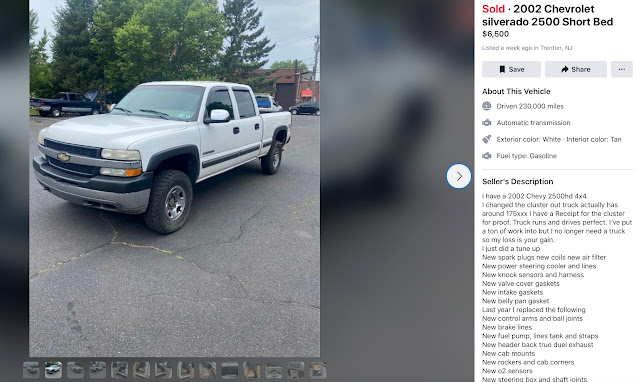 I found a local guy that moves cars, does the whole towing/junkyard thing and had this 2002 Chevy Silverado (Gas!) crew cab. Tons of miles, probably around 200,000 maybe even 230,000, but you know what, I did it. He switched out the cluster so the miles aren't actually that high, who knows. Brought it home last night after switching titles and spent the night and this morning cleaning her up. She's got the AVANGLR plates on and it blows cold air.

I gave him a super clean truck and I think it was a fair trade. Lauren, the technician, thinks he got over on me, we'll see.
Posted by The Average Angler at 12:02 PM