Brutal conditions out there. Well maybe just less than brutal. WNW honking to over 20 mph which is the worst wind I think for a flyrodder here. It was blowing, then calm for a short bit, then steady winds came. Started at 430, I'm just about done with that, and tried the popper without a 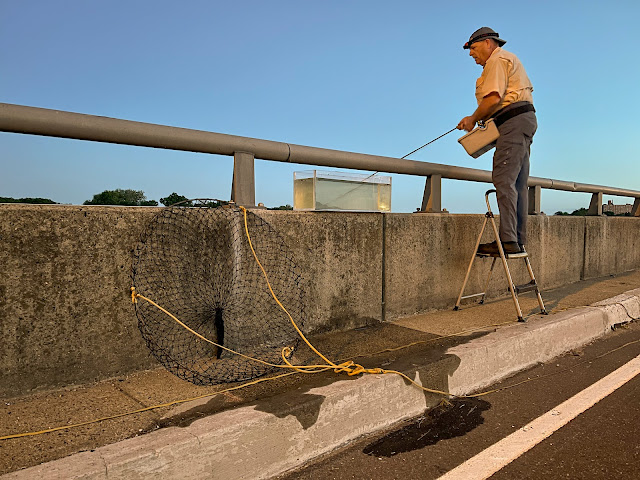 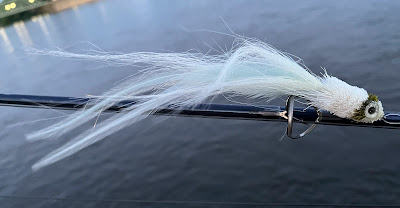 swipe or a swirl. I knew then it would be a slow morning. I then hoped my popping would have tuned them up a bit so Switched over to that Snake Fly/Squimpish fly that quickly got one in the tank. Then I thought it was all good. But over the next four hours it was three more to 24 inches and that was it. Only had two swipes which is slow compared to the last few days. 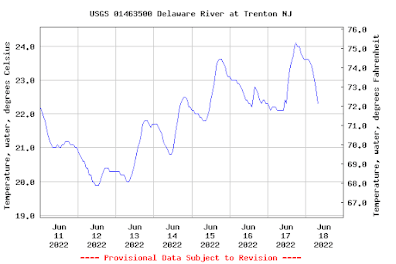 After yesterday heat wave the dark and the wind cooled off the water a bit dropping it three degrees to 72. Hopefully it stays cool today and the fan gets turned off so I can get one for Father's Day tomorrow, and that'll be it for me for a bit, until it's not. 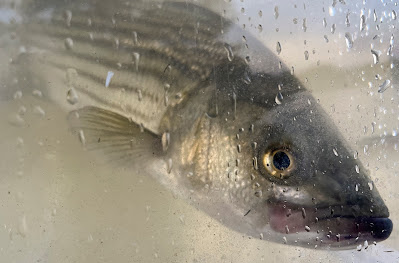 Posted by The Average Angler at 9:02 AM