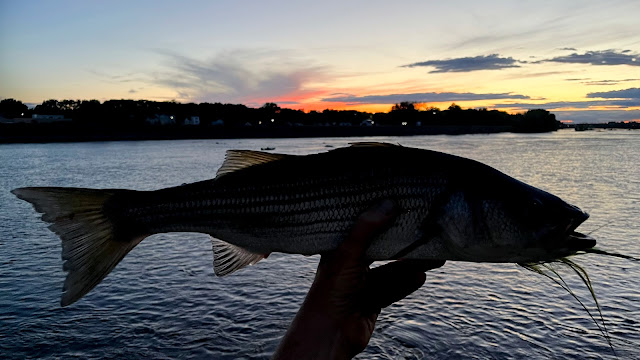 Nice enough night, except for the NW wind coming down the river. Caught the incoming on the early flood. Skinny water. Made some casts and was about to leave when I saw a beast swim below me. Made some casts for a bit and then had it swing and miss at the fly. It was okay I didn't hook it, the visuals of the swipe made my night. I went on to land three other bass and played with a few 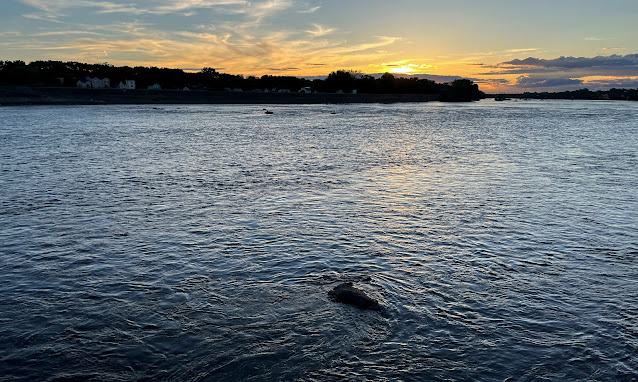 more before calling it an evening. Didn't set up the viewing tank as I was in a different spot but the pair net is key, cradle them up, remove the hook, a quick pic, and then lower and release. A dunk or two and they wake up and swim off strong. Really thankful I moved to a part of the state that has a fantastic fishery, especially for striped bass. My new bud who guides on the river has landed over 775 fish this season, that's a lot of bass. 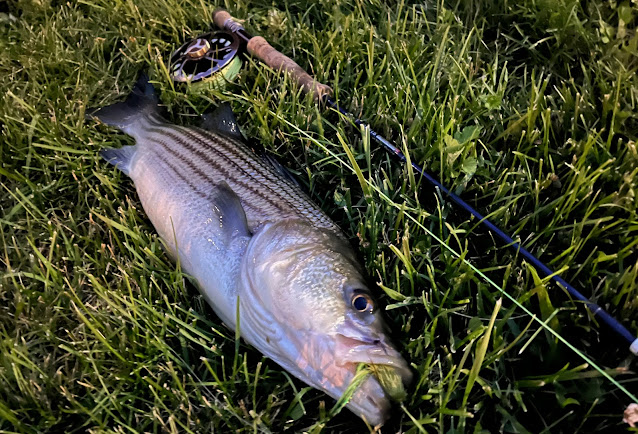 Posted by The Average Angler at 10:12 PM