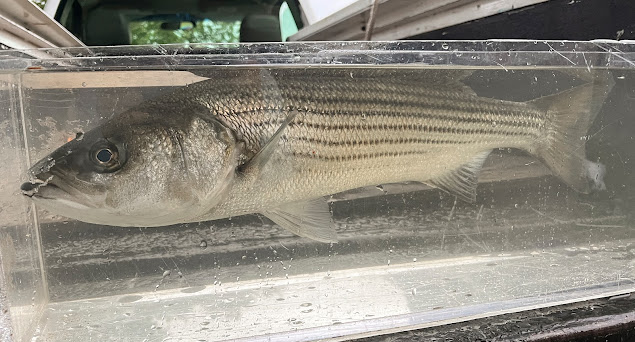 Mother Nature had other plans this morning then a nice shot on the river. Got there at 5 am before the tide started outgoing. I really needed that water to get moving. Tried the popper and then went subsurface, but the bass blew up on it when it was skittered across. I couldn't help but sing the song "The Wheel", one of my favorite live songs from the Grateful Dead, as the dark skies and lightning and thunder started off in the distance. 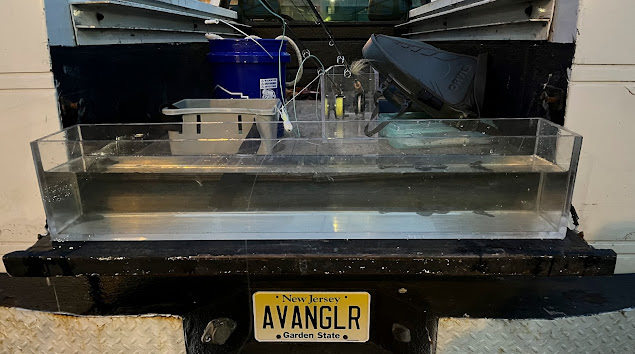 This morning I broke out the big aquarium, the 42 incher, had high hopes of filling it with some larger than keeper fish. I found that I sprung a leak as one of the corner joints has opened up, probably from leaving it out in the nuclear sun from overhead and the lava that seems to run under our house in the summer. Some repairs will have to be made on that for next year.

It was a nice one in the tank and another to the net before the heavens opened up. The rain I can deal with but waving the lightning rod around with the sky lit up wouldn't have been a smart move. I could feel things would have got better in an hour or so with the tide dropping and maybe the fished tuned up with the weather, but I did the right thing and called it a morning before heading home to get ready for work in Newark. 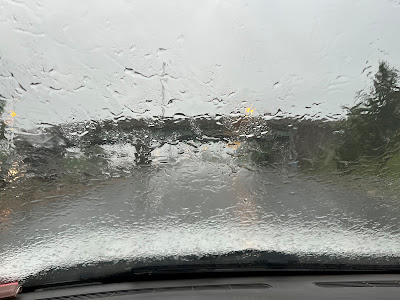 You know how I baby my equipment, so it's no surprise my rods are beat up, scratched, sun faded, cracking, not seating right anymore and just ready to break. It's time to replace my 10 and 11 with new stuff, I just hate spending money on rods and stuff. Too cheap I guess. So I broke out my 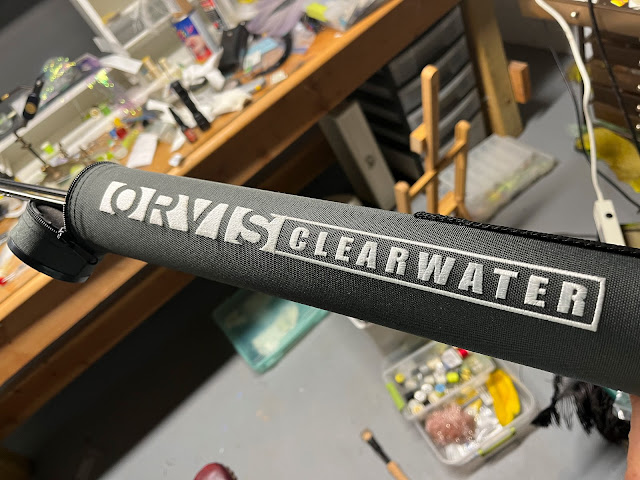 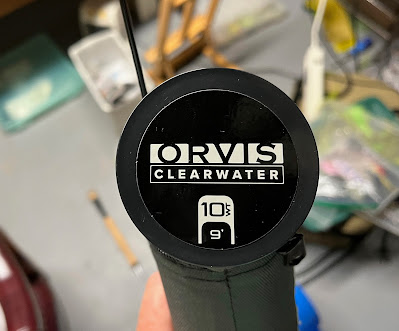 Orvis Clearwater 9 ft 10 wt. Good rod, a little fast, but the problem is the cork, it always seems to look like poorly eaten corn on the cob after a while. The cork is filled, and the filling always comes unbuttoned. I would though recommend this rod for the beginner or angler who doesn't fish all that much but wants to dabble in some saltwater fly fishing. Better to spend a little more on the reel.

Yesterday was a turn and burn trip to Cape May as we found a sleeper sofa and loveseat on my favorite Facebook Marketplace. For $75 bucks it was worth the gas money for the diesel pickup. Not fishing related but we were happy with it son you have to read about it. 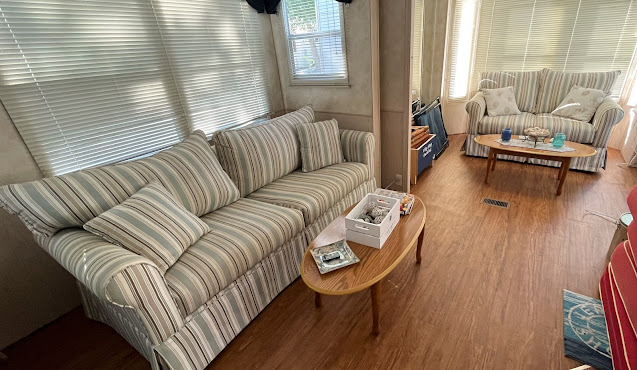