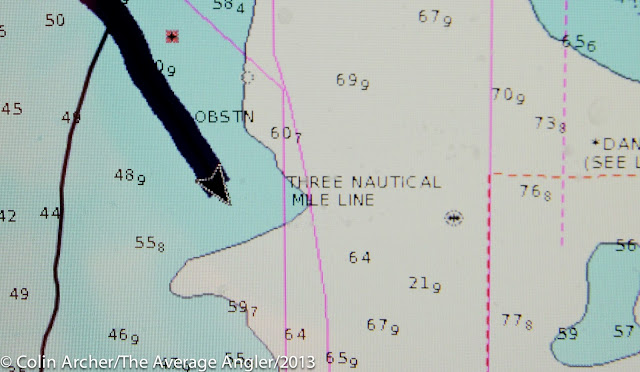 My brother has been trying get a day out on the water for himself and my nephew for some time. Because of other trips and or the weather the opportunities have been slim to none. Yesterday he calls me up and said that he could do today. 'Tomorrow? I said?", when I talked with him on the phone. I am sure that wasn't the excited tone he was hoping for. The reason for my hesitation was I just wasn't sure I would be able to put him and his son on the bass as it has become very slow on the boats and beaches. 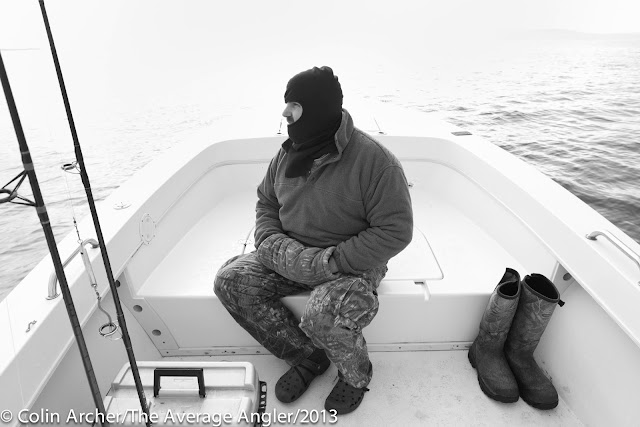 Well my brother decided to come solo for a ride out front. As you can see my brother is a hunter so if we needed to sneak up on some bass in the woods we would be as stealthy as they come. Ryan and I have fly fished together before but today was all about the spinning rods for him. Yes, I know, I said and had spinning rods in the boat. I still had five fly rods ready to fire if and when we got into fish.
After we cleared the Hook I went right to the deepest and hopefully the warmest water I could find. That put us right inside the fence ( fence meaning EEZ which is 3 nautical miles off the beach). We patrolled in +/- 60 feet of water and had sea surface temps hitting a high of 48 degrees, which was better than the bay at 40 degrees, and just at the tip of the Hook at 43 degrees. We had no bird action and very little bait on the screen. Every now and then we would mark a bass or five but they were here and gone. 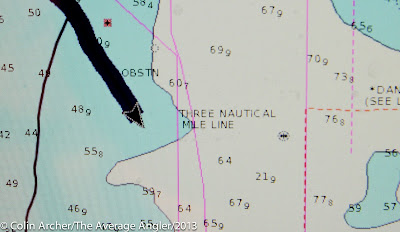 Interestingly enough the Coast Guard is on a tear patrolling and enforcing the EEZ and catch limits and sizes of striped bass. There is a no tolerance policy, do not fish in the EEZ and don't take short fish or more than your daily limit. I am glad to hear this, although it is a little late. There's no one out there striper fishing, it's the first week of December, most, if not all of the migratory striped bass have came and left ???????? Where were they when things "were going off" off of New York and out in the EEZ last month?

Below is a poster a Coast Guard officer dropped off today at the Absecon Sportsmen's Center. So if you are heading out next month, beware. Hopefully they will take this south to the Delaware and Chesapeake Bays and off the coasts of Virginia and North Carolina this winter. 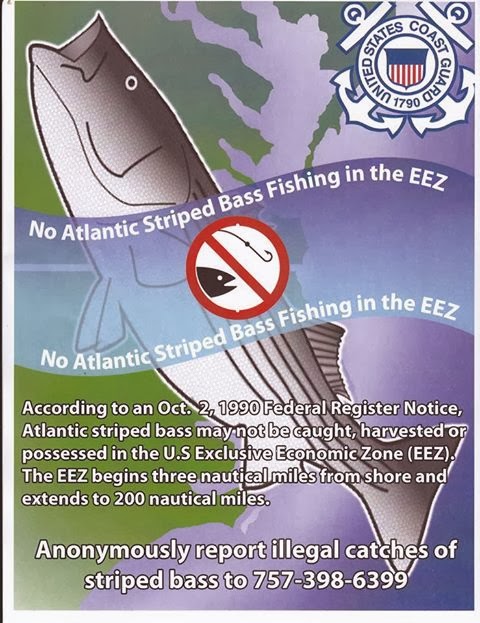 After a long ride and seeing a ton of boats anchored up to our "left" togging or running past us looking for bluefin out a ways we decided to come in and run the beach. We found some bait and some birds, and some bass, but didn't connect on any. I saw a guy on the beach catch a shorty short and toss it back into the surf.

We shared some laughs and ball breaking and fishing versus hunting banter but in the end it was just a nice way to spend the morning with my brother who I have fished with since he was old enough to fish. One of these days I should gear up in my waders and "fishing outfit" and go and spend some time in a tree stand with him. I'm sure he'd love the sound of the waders as we try and walk quietly through the woods before first light. 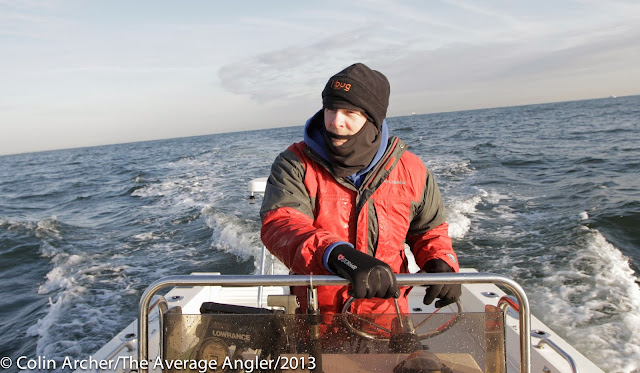 Posted by The Average Angler at 3:02 PM