Last night I went back in my log and my old blog posts from a year ago to check on how things were last year. Air temps in the 60's and water temps in the 50's. Yes, what a difference a year makes. Since it was one year ago today that Al and I had such a great day on the water I thought I would repost it. First, a little recap of todays fishing.

Hit the beach this morning, today (12//3/13), just at first light and was nestled into a pocket for a while at high tide. Didn't move a fish and watched as my buddy Rich came onto the beach and walked north. After I while I decided to move.....only to come and find out he came into the pocket behind me and landed a nice AND FAT 32" striper on metal. Hey, it happens!

And from last year, 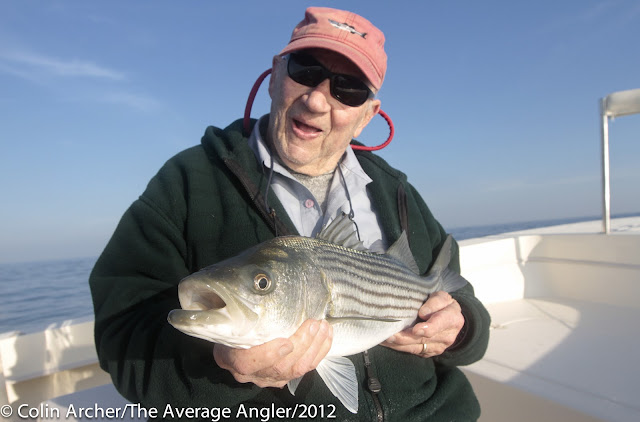 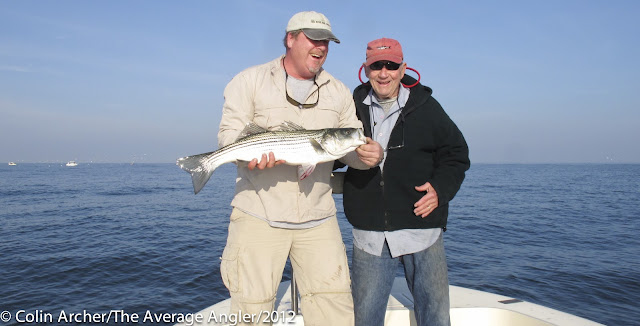 I'm 44. Today I had Al in the boat. He's 88, soon to be 89. He's twice as old as me. Today he killed it. We took the 10 am - 6pm shift today and started working the fly rod as soon as we could put a line in the water. We managed to get a few to bite down low on a Slab Fly on each drift we made on the outgoing. It was a great start to a great day.
Al suggested we break for lunch but I asked if we could find a new spot and then eat. He was down for anything. After 8 miles of swell traveling we joined up with a few several different fleets of boats. Some anchored up looking for the bottom dwellers, others on the move looking for the striped ones. As we hurriedly ate we watched as the birds came to life. They were up for the next four hours picking at bait pushed up or stunned from the stripers below. It was December 3rd- the air temp was around 60, an easy W wind, flat seas, with birds, bait and bass- and a great guy in the boat. 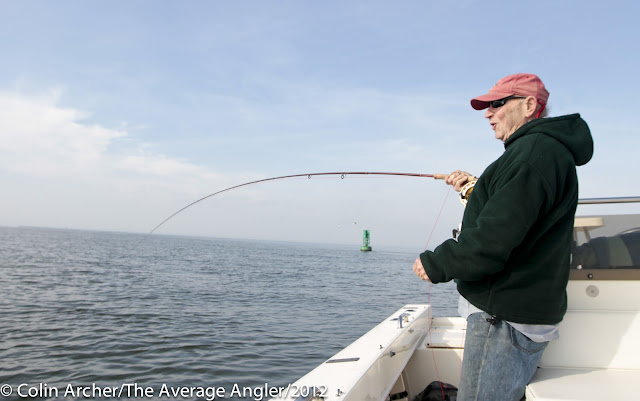 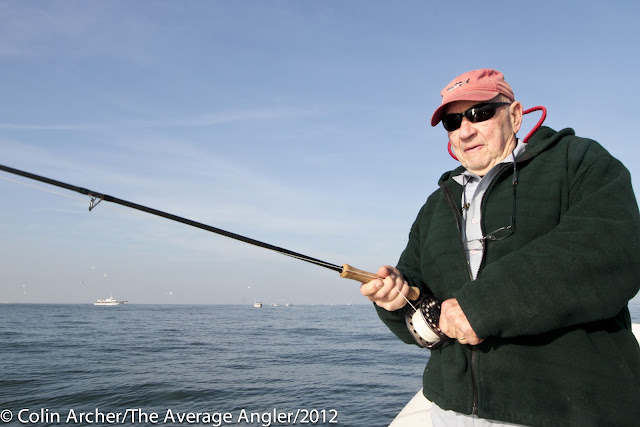 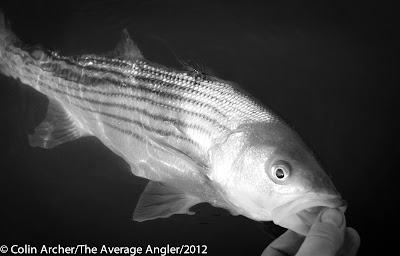 Soon after lunch we switched up and worked flies in the middle to upper portions of the water column throwing Clousers and Rhody Flatwings that were taken aggressively. Once the big boats left it seemed to pick up a bit and there was plenty of room and fish for everyone to have for their own. We didn't want to leave but luckily things slowed down so that helped us in calling it a day.

One thing about today, we caught a bass with a American Littoral Society tag in it and I will do the paperwork on behalf of Al and turn it and the tag back in. 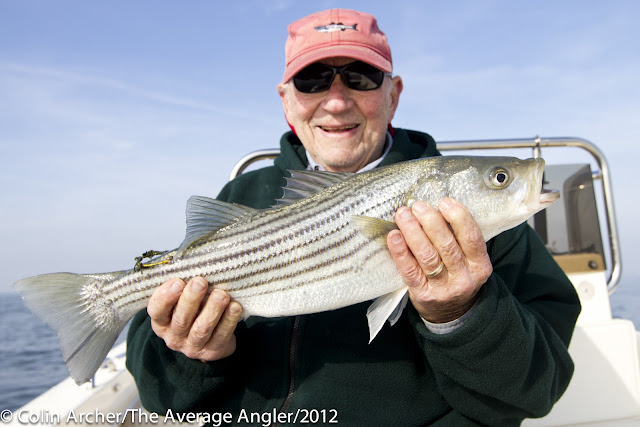 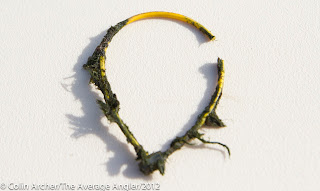 I look forward to taking out Al and his son. He caught his first striper in 1953 and is a wealth of experience and knowledge and a blast to spend the day with. 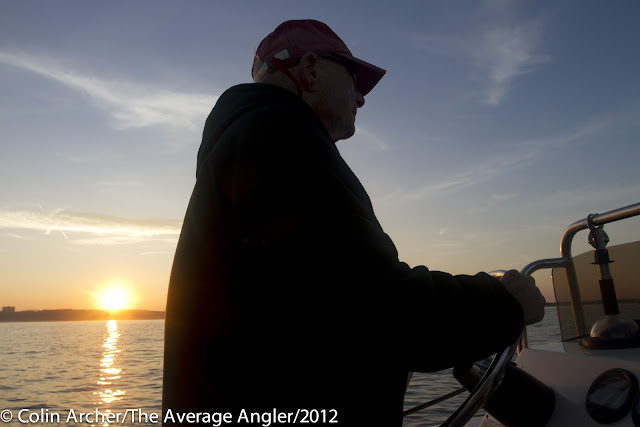 Posted by The Average Angler at 10:18 AM