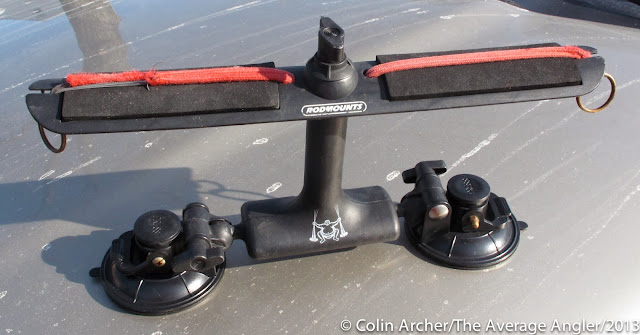 In 2010 I purchased a Sumo suction cup rod holder to use on my truck, you can see it HERE. Over the years I have been stopped and asked how I like them and if they work as good as advertised. Several anglers have gone on to purchase their own after seeing and believing with the 1-5 fly rods that I carry with them. In addition to the suction cups they also have a magnetic version. 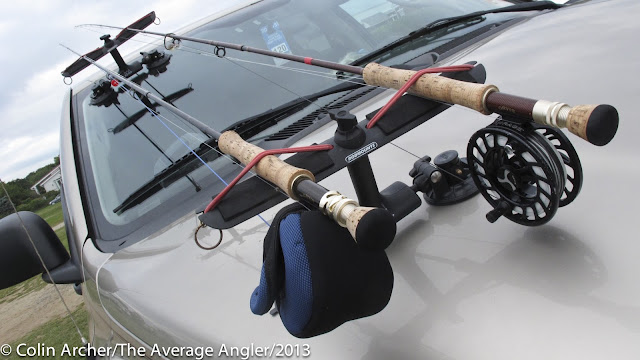 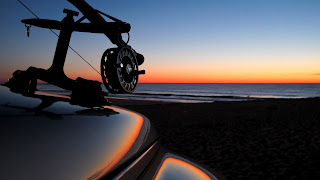 Last year my friend Joe had posted that he had contacted Rodmounts, (the company) HERE, with a question on his unit and they sent him out new suction cups. As the fall arrived I noticed that the suction cups on one of my holders was slipping and that I needed to check and double check it to be sure each time I secured a rod in it. In addition the bungees were becoming frayed and my rings were rusting out. That said, my rod holders are on my truck just about year round in the fresh and salt air. 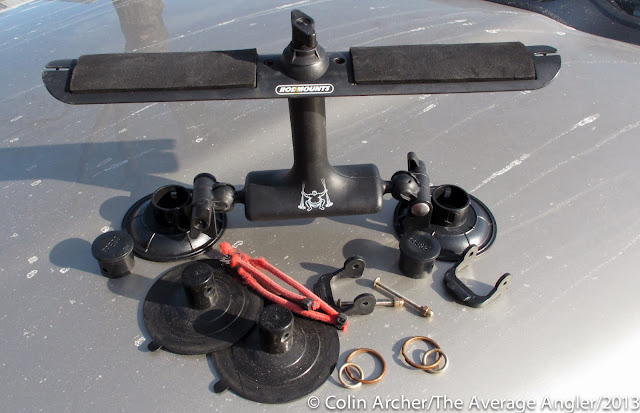 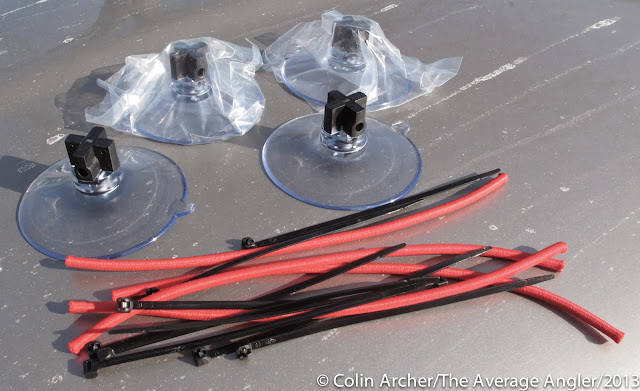 I took Joe's advice and gave Rodmounts a call looking for some replacement parts for my pair. In a few days I received a kit which had new suction cups, bungees, and ties that I could use to retrofit my holders. I have to admit I had the kit for about a week and just haven't made the time to sit and fix and remount them on my truck. Here's where the story goes down the toilet.

Yesterday I was done with fishing till next week. With travels plans north postponed today I woke up this morning and saw the wind was blowing from the NE to 20, which would definitely make the water fishier then the flat and clear conditions from yesterday. So, I put my "stuff" in my truck including my fly rod. No problem I'll just stick it out the back window and go.
I swung by the beach and found Judy getting ready to go out. I pulled up alongside her and rolled down the passenger side window. We talked for a bit and both agreed it wouldn't be a long morning out there but it was worth a shot. As I said good bye and pulled away I reached for the window button and pulled up. Then I heard the snap. I had raised the rear window and not the front. Stupid is as stupid does.

So, after that I decided it was a good time to retro fit the rod holders. It took about an hour to do start to finish. The holders are as good as new and stick on the wet hood and windshield of my truck like glue. Looks like I'll be boxing up my rod with a letter and a check and sending back to Orvis, and yes I'll tell them what really happened. 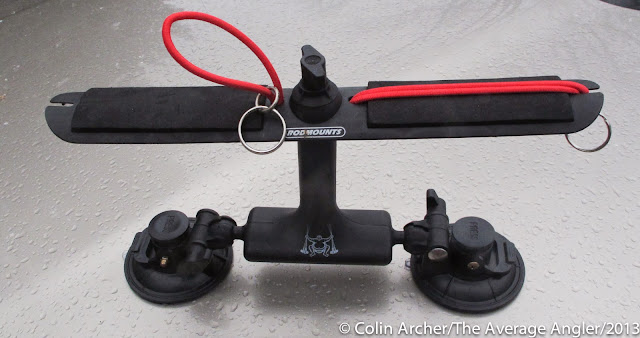 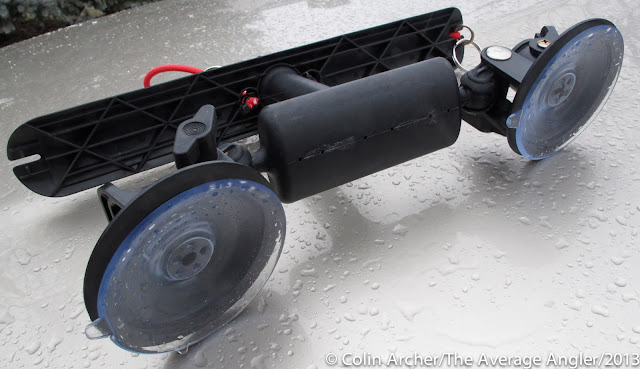 Posted by The Average Angler at 12:47 PM