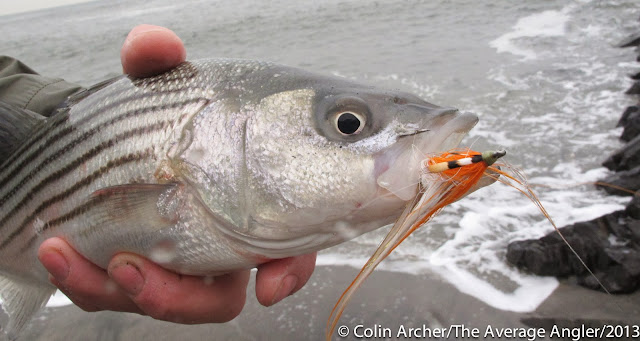 I learn or try something everyday I am out on the water. As winter approaches and the guiding business unfortunately slows down as people put their rods away and get ready for the holidays I still make it a point to get down to the water at some point everyday. Some days its just with camera in hand others its with rod in hand. Each time I take pictures and notes which leads to knowledge and experience that becomes part of my personal library which I share and use with clients.

Last night a few of my friends who are local fly fishing guides went out for a bite and a beer. At one point my friend Paul said, "Time to break out the orange flies!". He said that as we talked of the bait that is around and what the bass might be biting on. Two years ago it was late December when the epic rock crab hatch hit our beaches. His statement got me thinking. Maybe its time to switch things up. Like many I hold on to a pattern or technique probably a little too long. Today I tried something different.

I had been hanging my hat on sand eel flies pretty steady unsuccessfully on the beach as of late. I went to a baitfish fly yesterday and had a few fish bite. Today I stayed with the Hollow Fleye pattern but did go to the orange color. With the tide on the ebb I worked a pocket for about 15 minutes before landing two and missing two more. They weren't big but solidified my belief, although I don't always practice it, in switching up pattern or presentation if things aren't working. 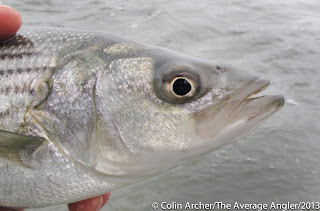 Before I went fishing I dropped off yet another Canon G12 camera at UPS for a trip to the Canon repair shop in Virginia. I had got this one wet during a walk and wade trips a few weeks back when a wave came out of nowhere and swamped us. I have had a waterproof housing for a few years but have resisted in using it. One, its bulky, two, I can't where it around my neck, and three, it takes time to get out of my sling pack and get it ready to snap a fish picture. Well today I used it in the rain and on the rocks where the big waves at times broke and covered me in water. 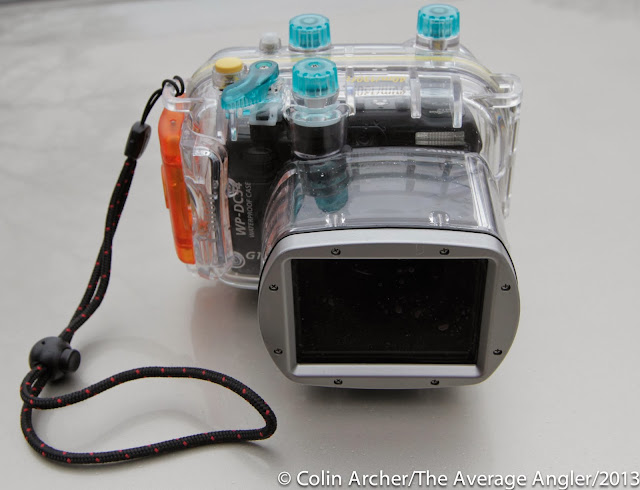 Below is an underwater shot of one of the stripers being released. If you look real closely....you still can't see it. The surf was too big and the fish which was being cradled in my left had bolted when it was submerged in the water. Hopefully better luck next time. At one point I was on the rocks just 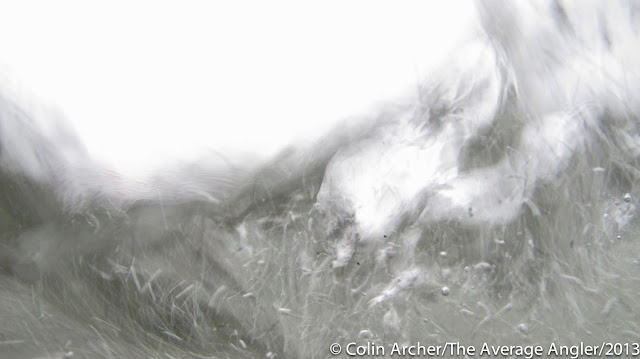 taking a picture of the surf when the wave broke and covered me in water. Luckily I had the water housing on or else my last G12 would be following the other back to Canon. 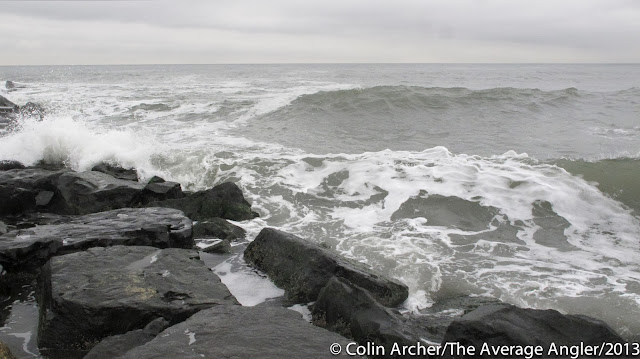 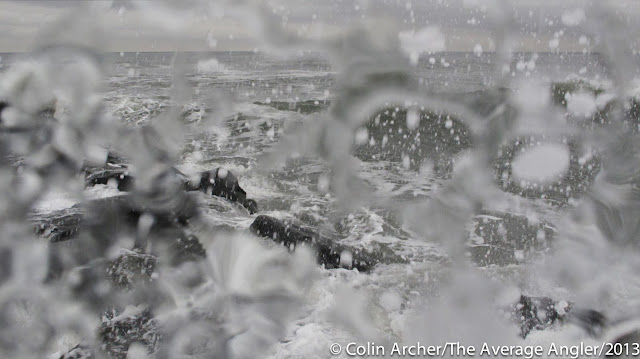 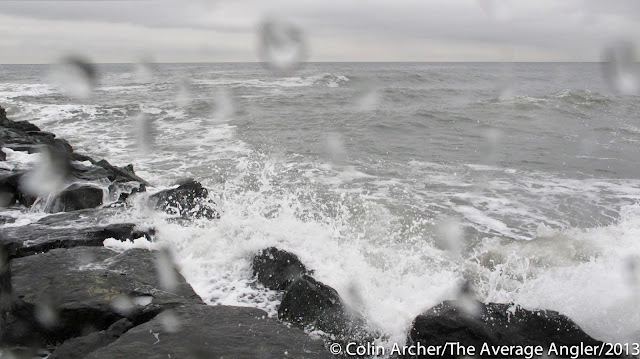 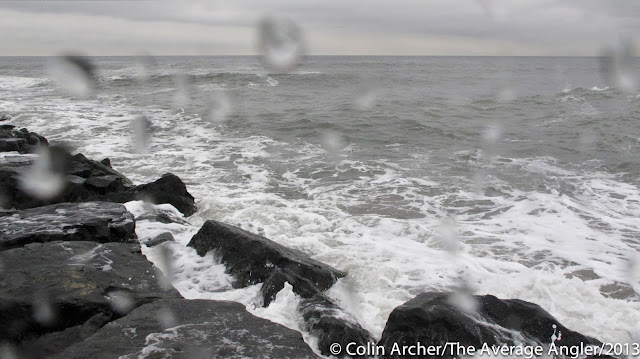