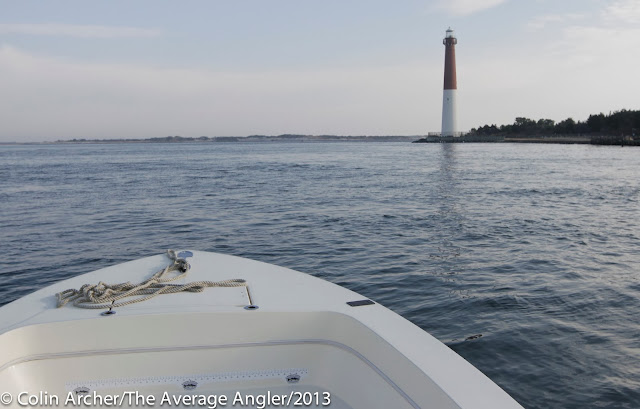 It was a quick three hour tour. Dropped the boat in at Barnegat Light and headed out front. The way it works at the ramp is, it's 20 dollars to launch, and its an honor system. You leave the money in an envelope and put it in the box on the left of the shack. Seems fair enough. I had my bluefin tuna permit in hand and ventured out past the three mile line looking for tuna. Didn't see a bird or a splash while I was out there, which in tuna fishing, wasn't far, or long enough. 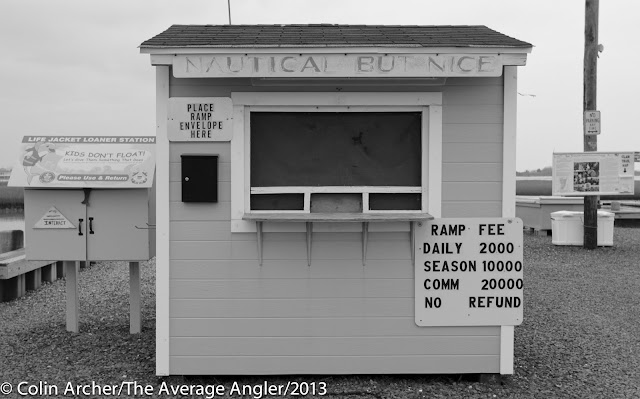 I came back inside and hugged the line. Water temps were up near 50 so I thought it would be a great day. For me, there were hardly any birds out front of Island Beach State Park, some bait, and at times lots of bass under the boat. Funny thing was, all three were never in the same spot at the same time. The other not-so-funny thing was I couldn't get them to bite. I tried every trick and fly I had but came up short. I was in a mix of boats that were trolling and saw a few micro bass get released from umbrella rigs. I have to admit it was just good to see life above and below the water and it was beautiful out there. 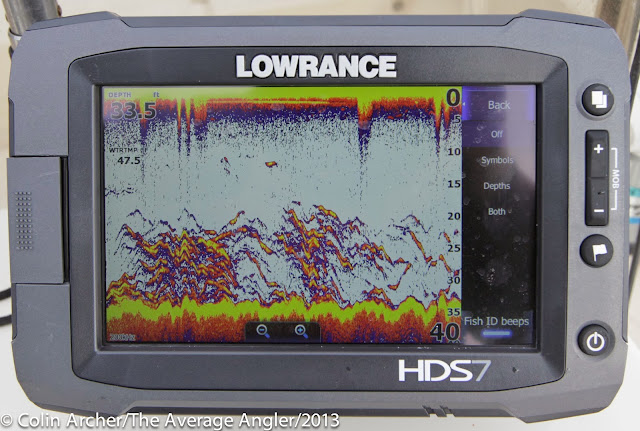 Of course being a glutton for punishment after giving the boat a hot bath I stopped and hit the tips of some groins just as the tide started to flood. I was fishing some super fishy water and I was just waiting to go tight. I climbed out as far as I could trying to judge the waves and where they would break. I had more problems with my back cast then anything as the rocks behind me were higher then the rocks that I was perched on. My friend Paul Eidman of Reel Therapy Charters had a client out today around these
parts and had a few small bass on the spinning rod using metal and plugs.

There is life out there and even though they're on the smaller side it still makes for a great day out on the water.

Can't wait till the herring show up? Wonder what will happen then. 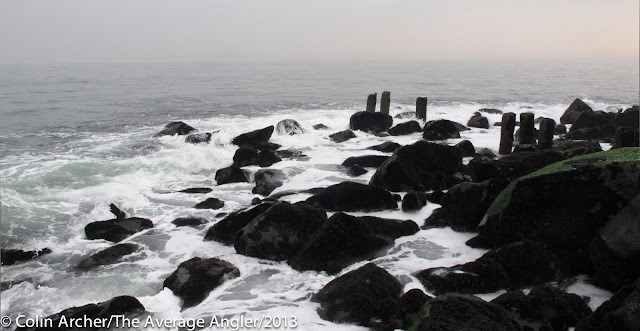 Posted by The Average Angler at 5:26 PM