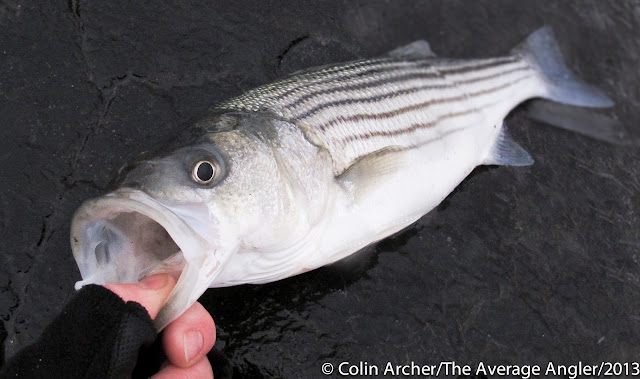 After yesterday afternoons quick trip out I was worried the surf would be all beat up and dirty this morning. When I got down in the dark I could hear the waves crashing on the beach. I had to stay in the pocket as the tide ebbed but as light arrived I could see the water was beautiful and I could see my fly. Last night I tied up a fly in yellow and that was the ticket all morning until I lost it in the rocks nearly four hours later. Although not compressed in the below pic after hitting the water in looked like a  sand eel fly with the yellow saddles off the back giving it good action. 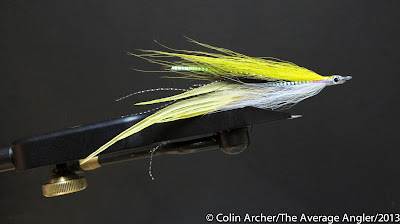 After an hour or so the water subsided and it was game on. Worked my way out on the rocks but caught more towards the beach end than out towards the tip. Best fish of the day was just under 27 inches and was nice and fat. I haven't caught a fish of that size in some weeks so it was a nice surprise. Actually todays fish were bigger than late, with some sea lice on a few of the fish. The bite off the 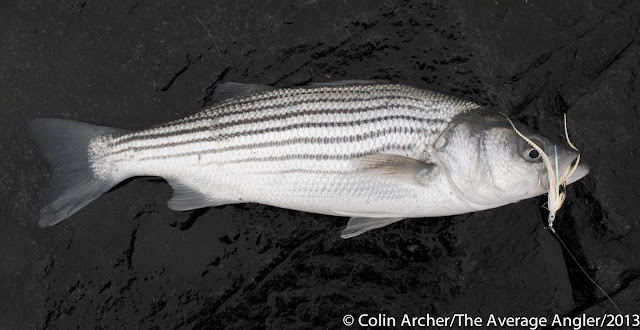 rocks slowed and I was ready to call it a day and get going to work. I took a drive and decided to give a notched groin a few casts since it was holding nice water on the south side and it just looked fishy. The nice part was my timing as I could walk almost down to the trough without getting swamped by a wave. That spot gave up two bass in back to back casts just before quitting for the day.

It was a great morning out there and nice to have bigger fish around to cast to. I am going to have to tie up a few flies in yellow today and ride this wave of good fishing as long as it lasts. 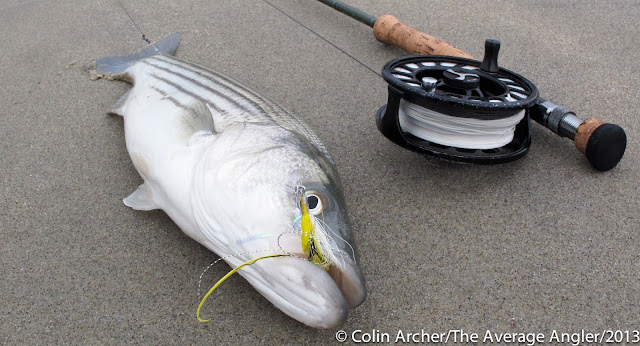 Posted by The Average Angler at 10:50 AM