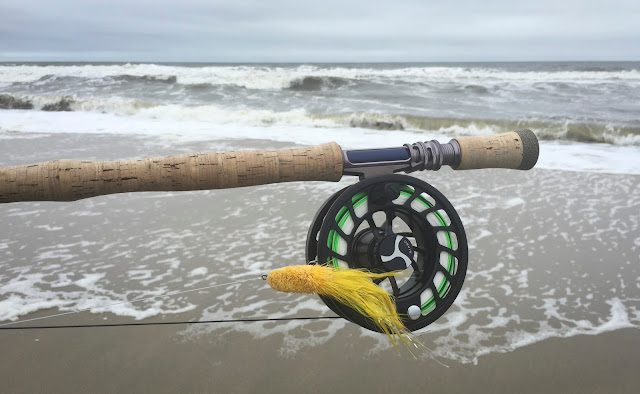 So, few things about this blow. Yes, it probably shut down the allies and the mullet but it probably will make some nice changes to our new "engineered" beaches. There's always a blow that shuts things down, just wish this one didn't last so long. So work working yesterday and tomorrow has me occupied but today I went to give it a go. I busted out my big wind and surf set-up with the 11wt H@ and the 350 gr line. I tied on one of Leif's yellow Snake Flies and went to work.

Things weren't bad at around 1130, which was a little more than half of the ebb tide. Luckily the waves broke on the bar or the before the beach so fishing fishy water was possible, although at times I found my fly behind me up the beach. I hit the rocks which seemed the most promising but didn't get a touch. While yes the water was a light YooHoo color, it was clean without the NE debris that I thought would be bobbling up and down in the pockets. 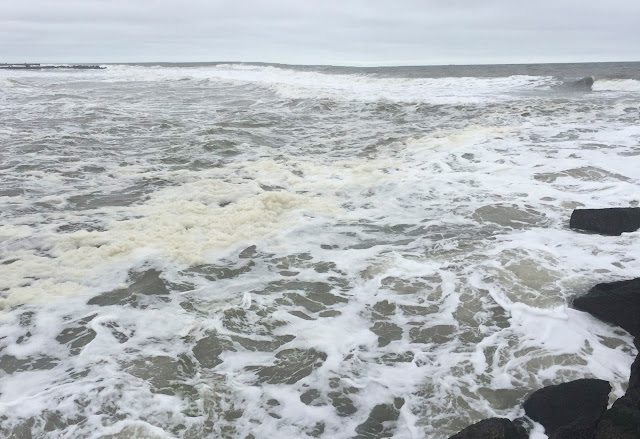 While I did make a few moves it was good, because north and south of my first spots were cleaner and more promising. I think we just need a few tide cycles to clean the water up a bit. Sadly not far off the beach the water was clean, the off color conditions were surely created by all the extra sand that doesn't belong on the beach in the first place. I am looking forward to hitting the beach Monday morning, although the winds don't look like they go west until 8am.....next SUNDAY!!!!!! 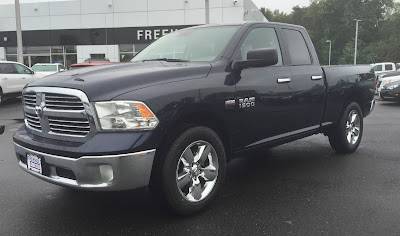 Posted by The Average Angler at 6:07 PM