I am sure that the skippers of the party boats and all of the spin guys and the trollers don't read this blog, but how in the hell did I have the whole place to myself yesterday and today there was about 30 boats all up in each others grill? I would describe it in two words....shit show.

There were big boats, there were little boats, there were slow boats and fast boats, and even a pontoon boat? It wasn't easy getting there as the NW wind was blowing 20-25 and had the 2-4 foot waves spaced about 3 seconds apart. Once out there there was birds and fish blowing up on them but the boats running through and around them, to me, put them down and even had them on the move. 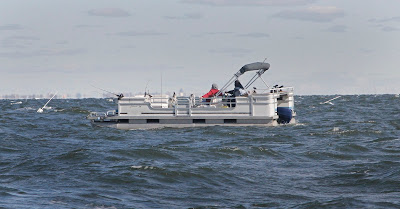 I left the fleet looking for my own birds and just when I would see two birds show interest and accelerate just enough to make a wake other boats would motor in. I am sure I got caught up in and did it a few times, which annoys me, because I try and not get sucked in. When I realized I was caught up in the fray and left to find my own fish, way out of the view of the others.

And guess what, I found nothing. In the end I was out there for the same time as yesterday. Got more wet. Had less fun. But appreciated how special it was yesterday compared to today. Most of the morning the birds were reacting to the bait, as the fish weren't on top as much. 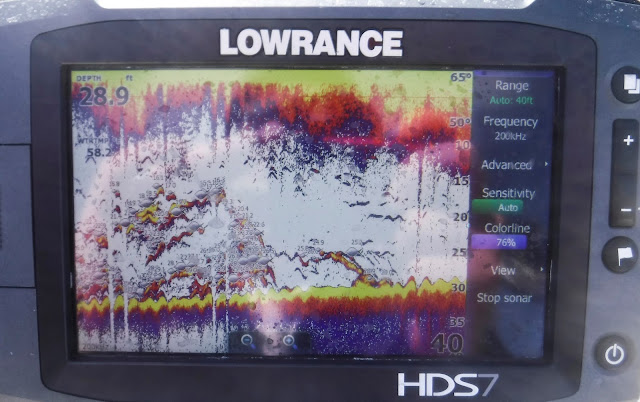 I landed four fish, two in a flurry in the beginning, and then two blind casting when there was nothing doing. I am done for a few days as now I have to pay for this run I have had with days off which has let me fish and keep up with my schoolwork. 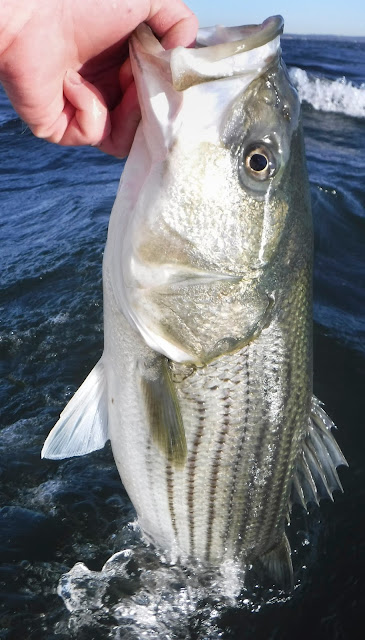 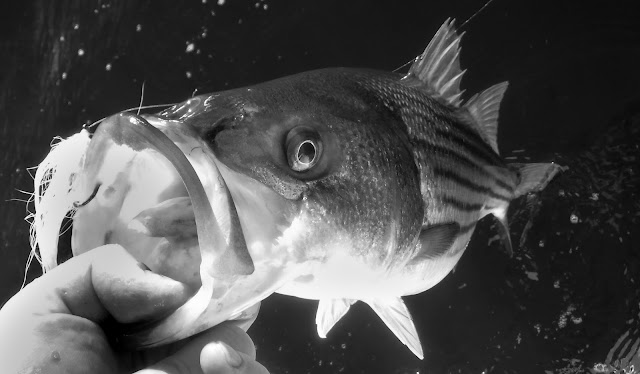 I tried the StormR socks out today for the first time. They worked great. My feet were dry and warm the whole day. Just make sure you don't get them too tight and restrict the blood from getting to your toes. 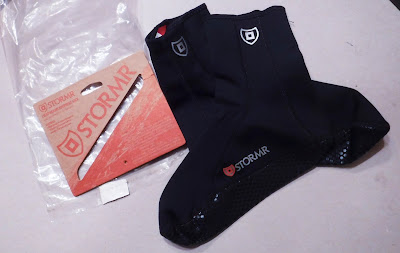 Posted by The Average Angler at 5:51 PM