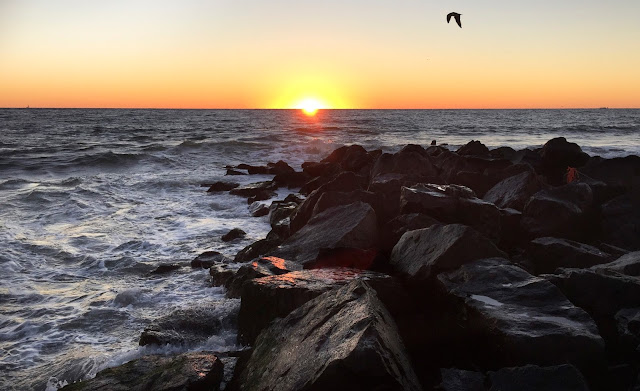 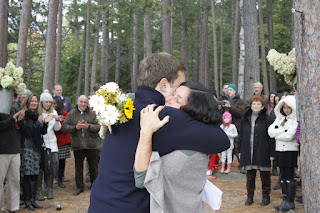 First have to give a shout out to my sis' and my new brother-in-law who celebrated their wedding Adirondack style out at a campsite on Lower Saranac Lake this past weekend. I guess I brought the cold north air down with me because this morning was about 50 degrees when I hit the beach at 530 am.

Let me start at 807, that was the time where I contemplated running home to get my boat stuff and heading out front. The only problem was I knew I had to be at my daughters school at 130 to take her for braces. I started walking off the beach, then turned around. "You never leave fish to find fish". I had to tell myself that. Early this morning I was trying to decide where to catch first light. I chose spot one. Home. The wind was honking and the surf was big when I got out onto the rocks. As I fished I kept thinking of the other location I really wanted to go to. Then the hickory shad started gumming my fly and I thought a big bass might be in the area. I got down off the rocks and on my last cast. or so I thought, a bass blew up on it right near the beach. That kept me there for another hour without a tap. 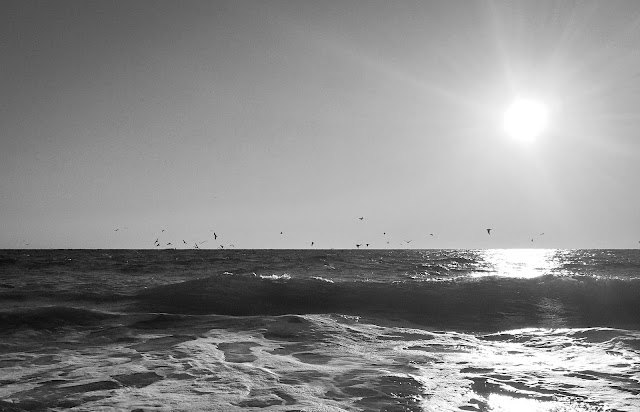 I moved to my original spot and as soon as I could see water I saw all the birds, and the bait, and the bass, at times on the beach. I started to walk and met a guy with a 32" fish on a stringer around his waist, "You should have been here 15 minutes ago". Great. So I walked up and down the beach over a half a mile. The fish would come in, and by the time I got there they were gone. On one blitz I could see the lines on the fish, but couldn't connect. They were just over the breaking waves and the wind made it difficult to get to them.

That's about when 807 happened, and I stayed. I'm glad I did. Although I didn't catch anything I love the anticipation as the birds gathered over breaking fish and started to move in closer to the beach. I would was north, then turn around and start south, only to see fish break closer to the beach north of that north. I wish I had a GPS tracker on my waders, it would ave been fun to see how many times I walked up and down in circles.

I would say this is the first push of traveling bass to hit our beaches. There have been locals out front and lately in the rivers and bays but these are the ones we wait for, hungry moving fish colliding with the bait leaving the bays and rivers. So, this was the best visual day for me since the mullet were around before the blow killed that run. It's bigger bass blitz time. Even though first light and dark are still the best times, now is when you can find a beach to yourself and hope you're there when the bass push the bait in.

I'll be at work the next three mornings so I'll surely miss the fun, maybe I'll get out one evening. It's time. There a chill in the air, and the water, and there's plenty of signs of life out front. 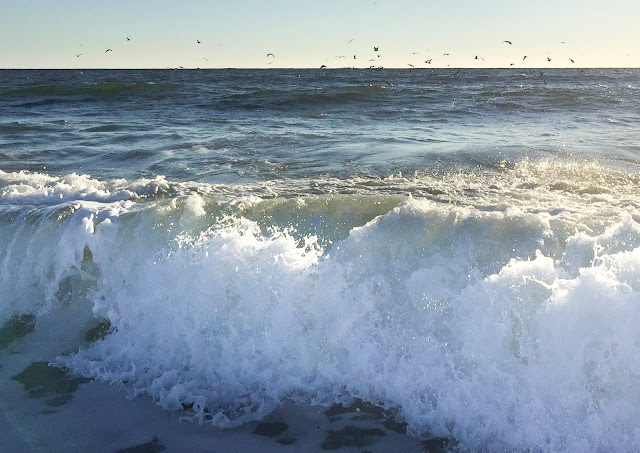 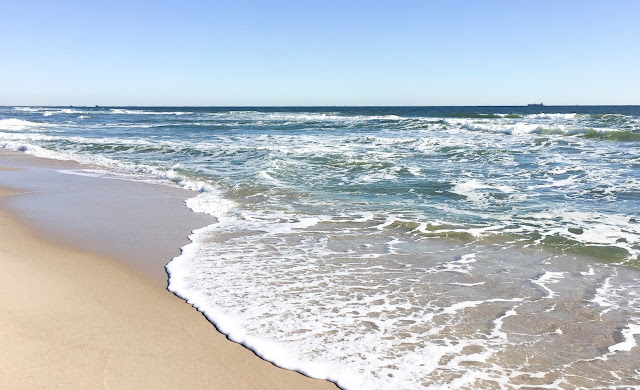