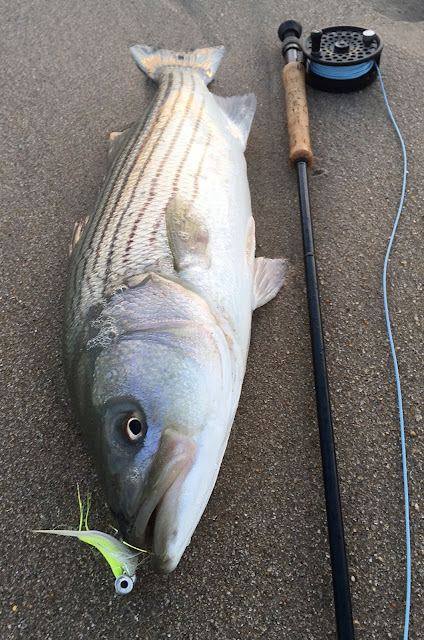 Well, I decided to hit it for a minute before work. Not my first choice of a spot but I figured since I can almost see the hospital from the beach it would make for quick getaway to work. Well, it wasn't good. It's not a flyrodders beach, at least not today. A straight beach with a few notched groins and Hawaii-5-O waves breaking right on the beach. I snuck behind a notched groin and was able to get on top and make a few casts before hitting work. 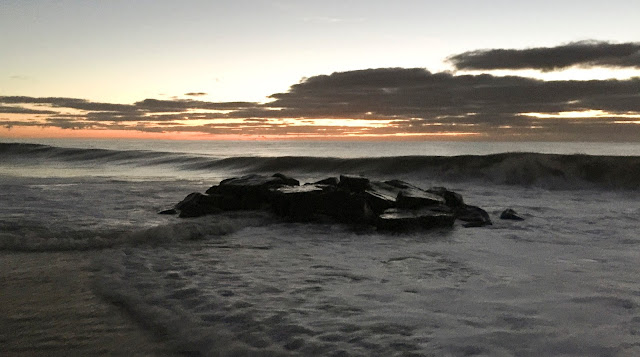 I got a better report from my friend Leif who was able to travel a bit and get into a few real nice fish (top and below) at first light. He said he saw small being sprayed around in the big swells and caught his blind casting. Those are great fish from the beach in big water. 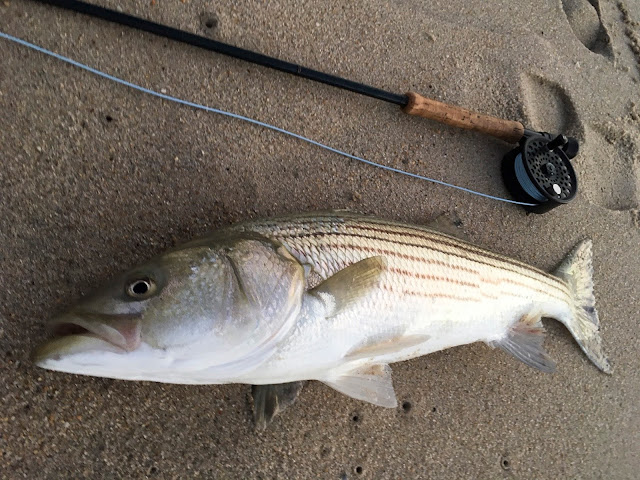 There's a lot of life out there and after a quick 8 hour shift today I stopped by the beach and found birds under hickory shad and small blues on tiny baits. I managed one shad ending a few-cast outing, thinking I might hit it later when the water calms down a bit. And, so far I'm not impressed with the Fuji XP90......the picture below is with the cameras zoom........soft!

Posted by The Average Angler at 5:44 PM