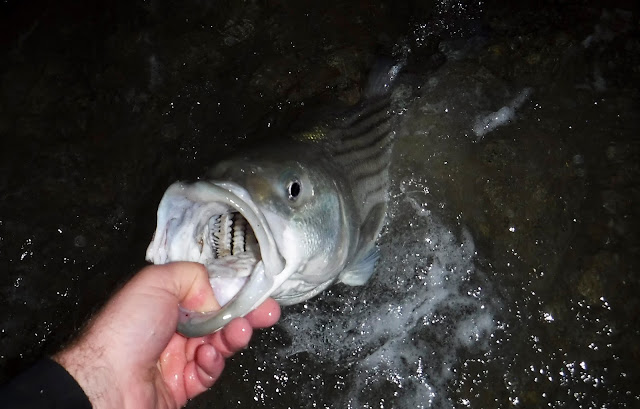 The water just kept coming. Got down in the dark and saw the water was up. I knew it was the incoming tide on a full moon but I didn't think the water would just keep coming and getting bigger. I'm glad I got down when I did, and didn't do anything stupid and risk my life, because the best fish was shortly after I arrived. I had on a black Kinky Muddler and the keeper sized fish took it close and then ran out.

I kept playing jump-rope with the waves trying to time the swells to get out on the rocks. Just when I would psychologically get sucked in to try, big water would come and push me around and remind me it's not worth it. High tide was at 755 am and the biggest push of water came the last two hours. 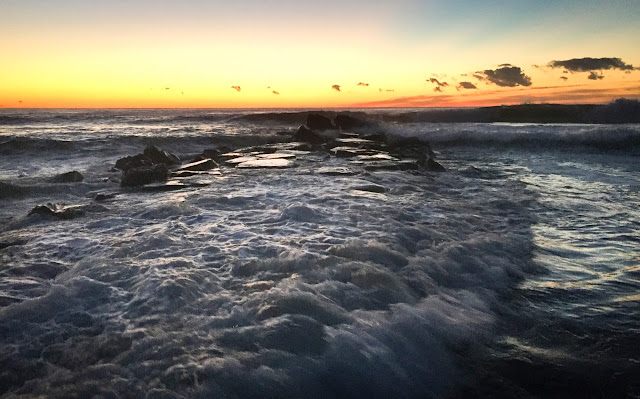 The fish were active breaking the water on small baitfish so I tied on chartreuse and white Deceiver and on the first cast had a fish on. The problem with big water, besides getting kneeled and knocked down, was the fly line would get pulled up and over the beach, even if you got in a cast over the breakers. Now, you could cast over them, but you surely would be catching a wave in your stripping basket and get it pulled down around your ankles. And then, you would get pulled into the water, because you can't get up and then you would drown.

Today was tough, because it was a bad timing thing. First light, which I find best, was timed just as the water was the biggest. You couldn't get on the rocks, and were too far away from getting a good shot, unless the fish were on the sand, which for a quick few minutes they were chasing small bait. I'm thinking three days from today will be good when the incoming high tide will be later. Tonight is a perfect night to fish. Start around 9 and finish at 3 am. Not for me though, with no work this weekend I have to put in some family and wife time. Good luck! 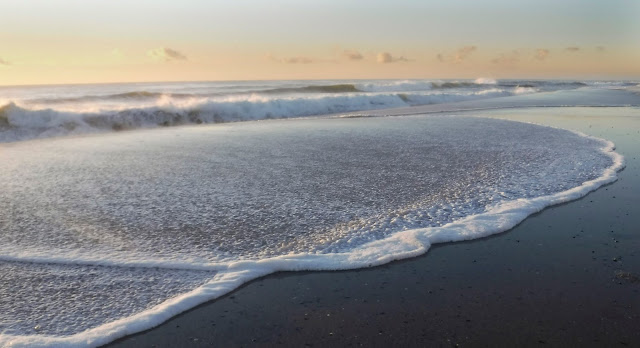 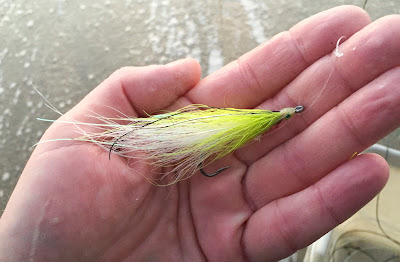 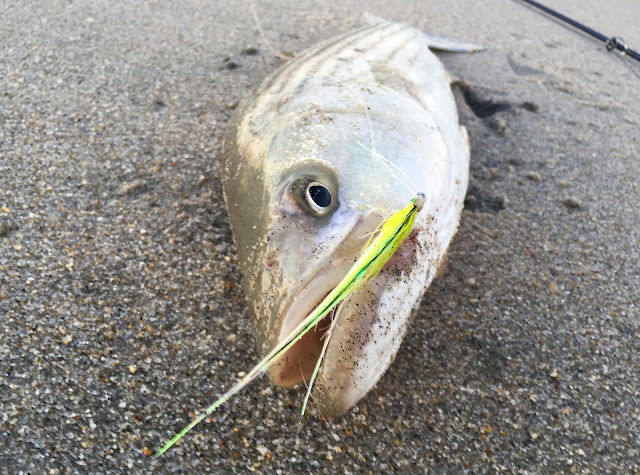 Posted by The Average Angler at 10:06 AM