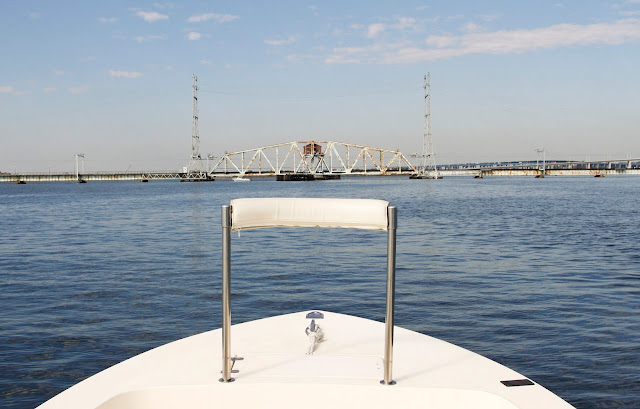 That's what my buddy Pauly told me yesterday. So, of course, I came out of the marina and made a right. Right to the legal line without any birds or bait to be seen. The most movement I saw was from the boats criss-crossing across the Bight looking for fish. I took a ride and dam near hit three of the five boroughs of New York. Then after finding nothing, and wasting a few hours I went West.

As soon as I could focus in the distance I found birds, a lot of them. And bait. And....small blues. I landed a few without a picture before heading to the NJ Transit bridge. The tide had just flipped and although I could safely go under, larger boats might have a problem. I watched the below boat approach, then turn around, and then give it a shot. I thought surely the light was a goner, if not the guys head. Luckily they passed through without incident.

I spoke with two others boast at the dock that had the same report as I did. We bitched about the swells and the wind, but caught fish, and now we have little swells, West wind, and no fish. 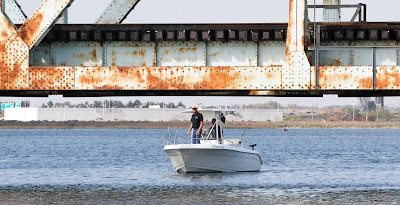 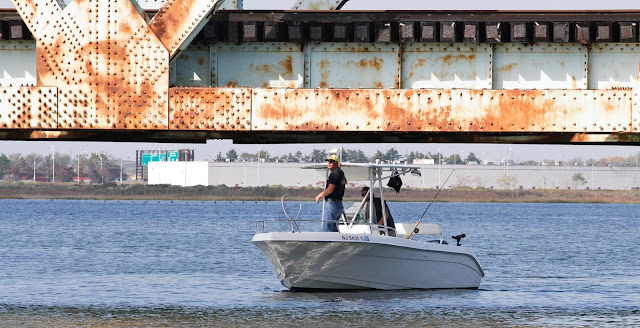 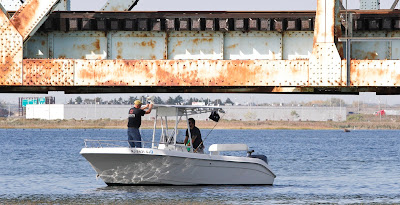 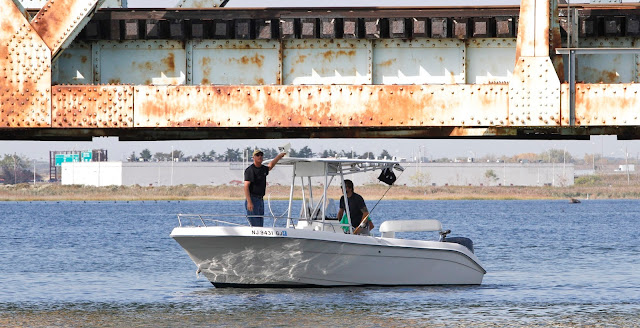 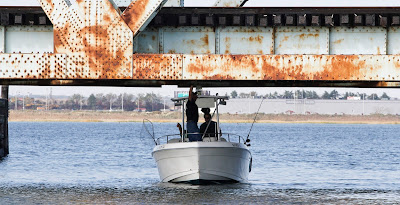 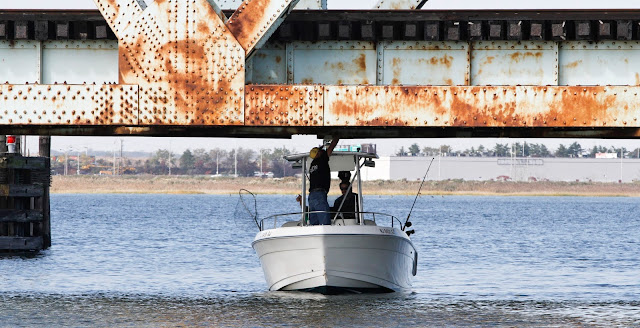 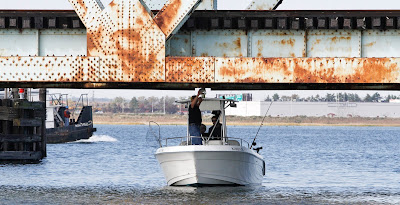 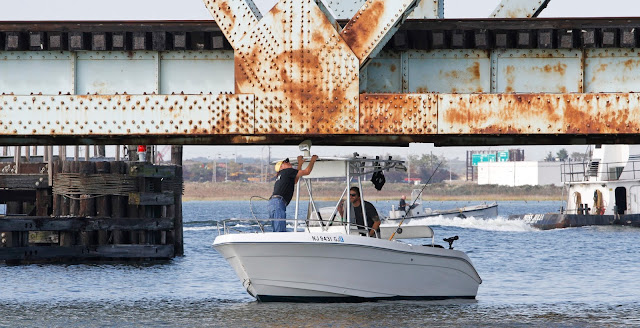 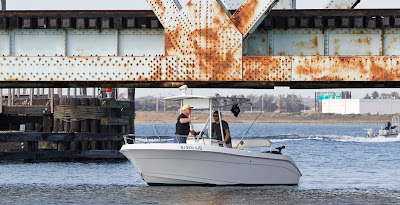 Posted by The Average Angler at 3:57 PM