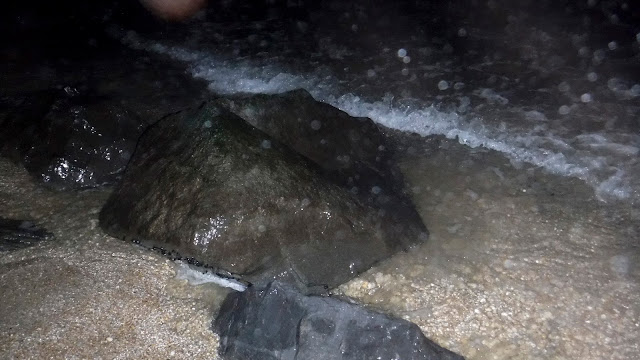 After finishing up some last minute homework, I went to the well once again. I knew the tide was low around 1130 pm and it was 830.......just had to ask permission, which was kind of granted. As I pulled in I saw another car there and shortly two guys came off the beach, one with a keeper sized bass. He said they landed one and lost a few more. The beach was lit up from the approaching bright moon and I was excited until I got to the water. Where's the water.....?

I quickly confirmed my thought from a few weeks ago.....the Jersey Shore isn't a low water spot like it used to be. Forget the last two hours or the first two hours of the outgoing and incoming tide. There's just too many bars and not enough pockets yet. Low water is tough. I fished as hard as as quickly as I could hitting three grounds and lots of beach in 90 minutes. It was a few casts at each spot and gone. The water just wasn't there, and either were the fish for me.

I think I'm gonna take a pass for a few days so I can catch up on homework outside of my next two days at work. Hoping the weekend will fish better and the tides right. Just need to make sure the wife is cool with it. The 430 up and out, and now the late evening into night is getting old. I thought the roses would have given me a pass.

I made a few flash images with the Fuji XP 90.....not bad.....but not digging what I'm seeing so far. Might just have to rationalize it as a bad weather need an image camera, not one for the magazines or books. 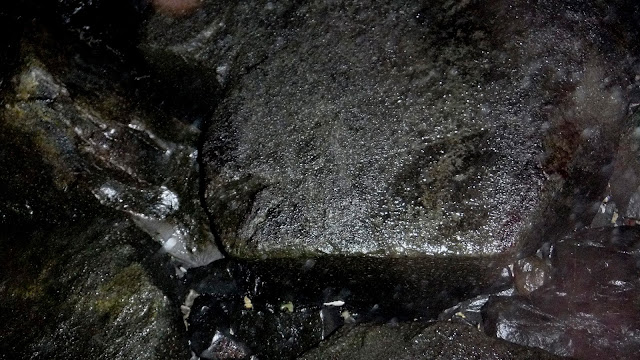 Posted by The Average Angler at 6:50 AM