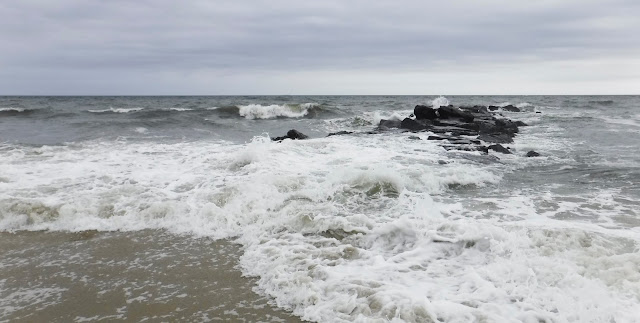 Worked part of the graveyard shift, 5a-11a, and then ran to the beach for a few casts before Dady duty time. Found good conditions, but even at 11, and then at 130, things were dead. Found these birds watching and waiting as I was. Loving the NE wind, I'll take that rather than the swells of last week anytime.

As I was in my first spot I watched as students from Stevens Tech attempted, and succeeded in launching a Jet Ski rigged up with radar or sonar to map the effects, or lack thereof, of the beach nourishment disaster that is occurring on our beaches. I wonder if they were the same folks I hung with when shooting the story for The New York Times in 2009 in Long Branch, you can read that HERE. Here's the pic that appeared with the article,

Posted by The Average Angler at 12:07 AM