Don't ask me why I was up so early and out on the river. Last two hours of the incoming. Steady wind to blowing, W, S, NW then sustained NW. You don't know until you go. Getting the fly down anyway with the wind was near impossible from the Jersey side so after the Snake Fly/ Popper 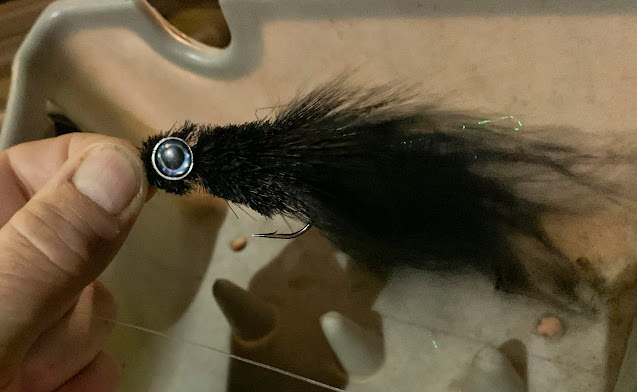 attempts I jumped the bridge to find much better conditions. Down and out of the wind, for a bit, and water that was up. I thought it would be a Croc's on the rocks morning but the water was over the wall so I had to go back and put on the waders. There cormorants starting to fish, shad jumping 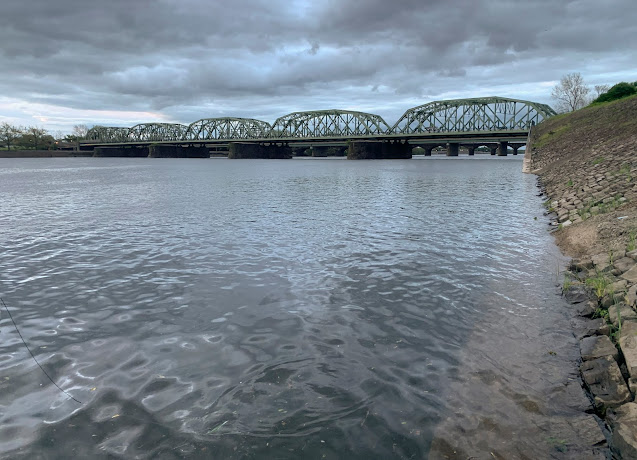 out of the water, and one good swirl on the SF blend herring fly as I brought it in. It was the kind of bigger fish swirl you see when you look down from the boat when the fish are following and then swipe just before you take the fly out of the water. 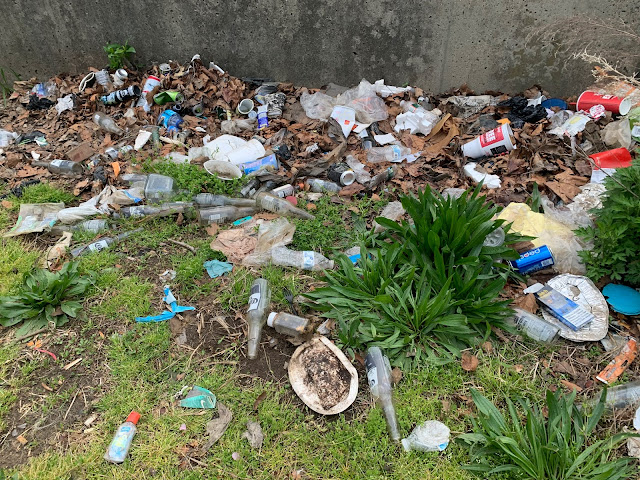 Before calling it a day I jumped back to the state capital and waded through more garbage then I would care to see. It really is disgusting, and this mess is from fisherman. In other news, well the stories have been edited severely this spring, and one post in the future I'll tell a little more of my outings. Why? Because I don't want to be "that guy" that blows up spots and kills the bite. 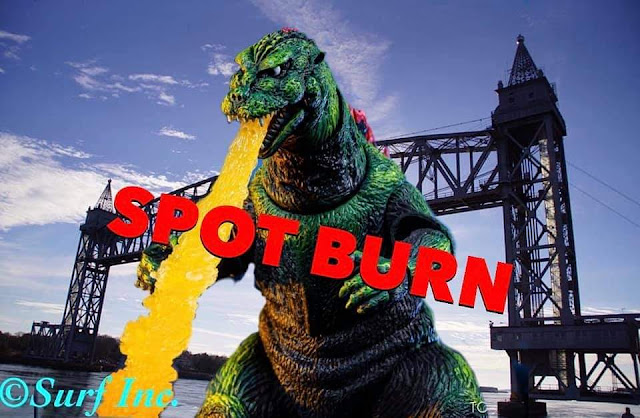 I've always been free with information, I like the discovery, sharing, and teaching end of this business, but I am also respectful of other anglers. What I can say is this- there are spring, summer and fall spots, if you're in the game and dialed in then you know where they are. Fly fisherman are a tad better with respect, in my opinion, as a community, and don't divulge all of the secrets to those that are a risk to spot burn.

This spring I've been concentrating on a few of the spawning rivers, new to me, enjoyable, frustrating, and on some outings productive. Interestingly I haven't encountered another fly fisherman this spring, and the looks from the other anglers tells me they haven't either.

Here's some old news, bluefish have invaded the back bays, rivers, and even out front. They're a mix of racers and some gators, so bring your metal tippets with you should you encounter them. There's micro and small schoolie bass in the surf and in quick time bigger bass will start moving up the coast.
So March and April have passed, it'll be a long wait till next year. Lots of lessons learned this year that I can't wait to put into practice. We'll see what May and June look like. Next week I'll be getting the boat ready for a mix of river and ocean trips. I'm ready for time out on the water, not casting into it from the concrete or breaking my ass on the battlefield that is the bottom of the rivers.
Posted by The Average Angler at 8:28 AM