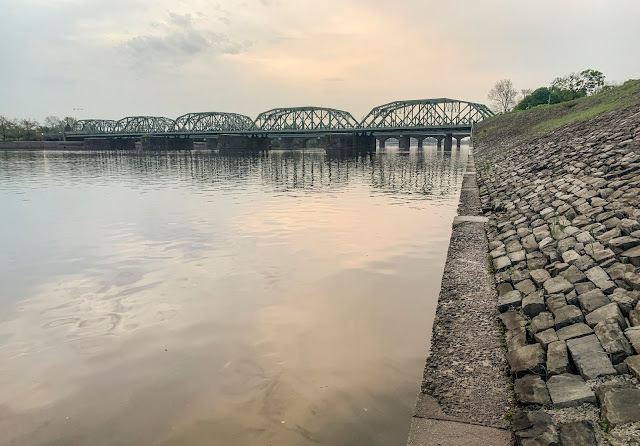 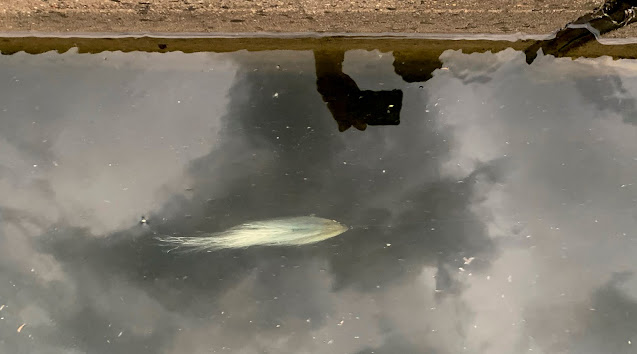 So started at 430 AM, had the river to myself. Three rods. hit six spots, and for some reason real confident. My arsenal was big Andrew fly, a herring fly tied with SF Blend, and a black Double Barrel Popper. Morning of 1,000 casts, and not a tap. But that's okay, why, because I felt I had a good plan, worked it, and just came up a empty.

All spots have produced fish, sometime in the last 100 years, so why not this morning. Hit the Jersey side before heading across the river. As you can see its a tough backcast, and getting hung up on the rocks or twigs is a usually occurrence. Luckily I didnt dislocate my shoulder on the forward 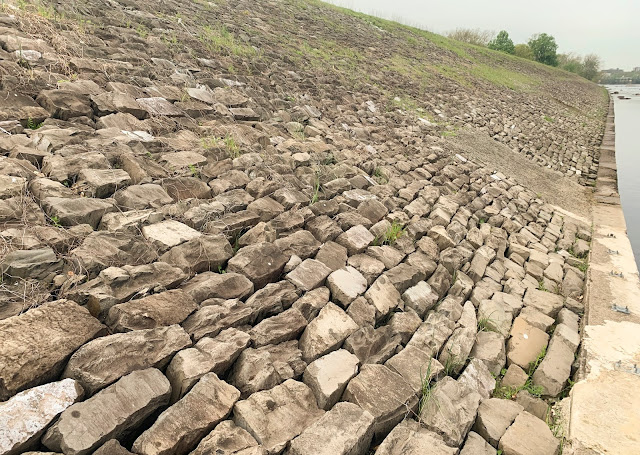 cast or fall down the steep embankment and wind up in the drink. There was plenty of water, last of the incoming 10 foot tide and the start of the outgoing, which I fished under cloud cover until 9 AM. 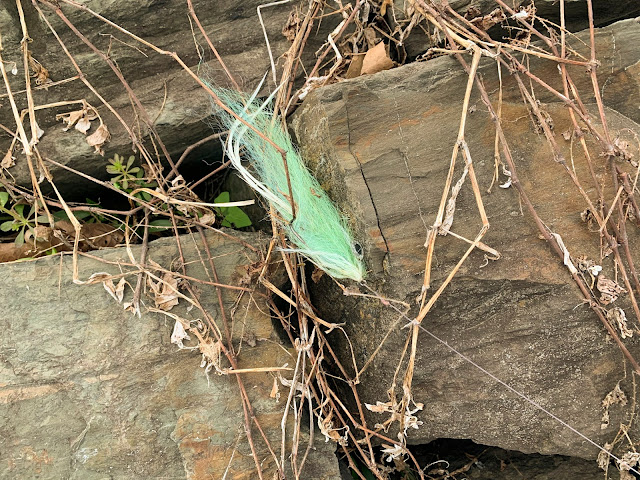 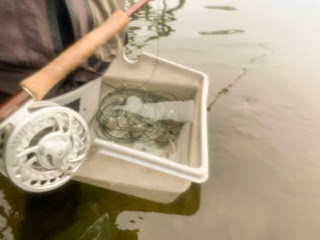 Always learning, I realized I brought the wrong stripping basket as this has holes drilled out which fills it up with water and makes shooting line difficult. I did have a good hook set, on what appears to be a Mojo, or some type of Bucktail with a huge 8/0 hook, maybe the bluefish are up here as well as on the beaches, and now hear the Raritan Bay. 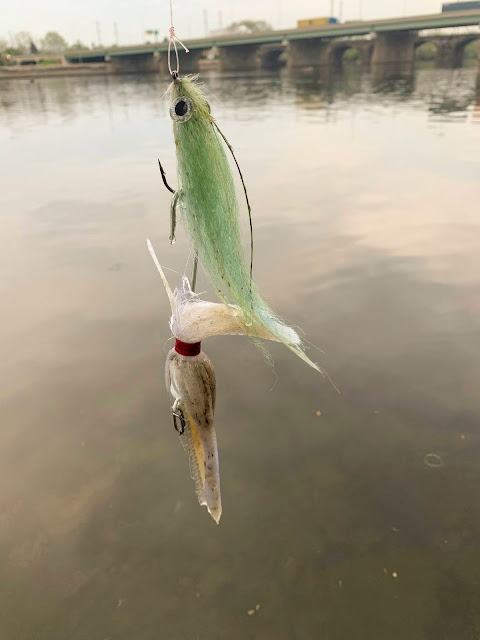 I worked my way down the river as the tide ebbed. I was down to two rods, still confident, and fished it hard, and what I think correctly, thats why it was a good outing. You can only catch whats in front of you and if they are eager to eat. 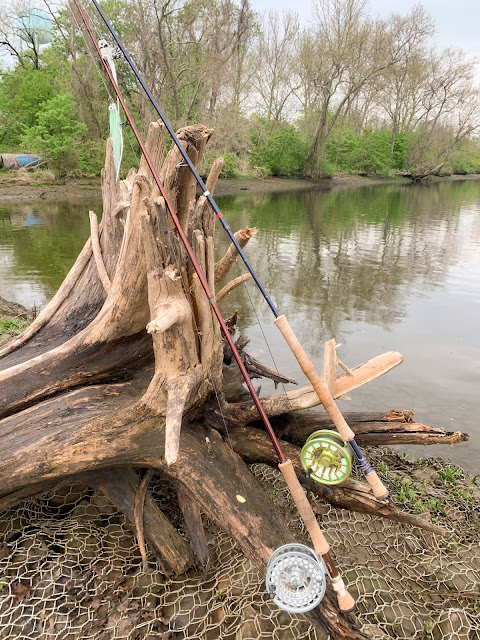 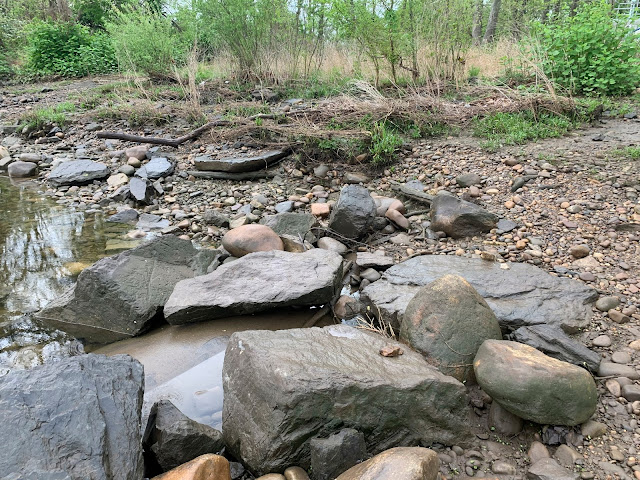 I don't think there is a solid herring run. Other guys tell me otherwise. One, I haven't seen them, and two, on the bigger tides, who always find at least one in the brush that didnt make its way back out to the dropping water. I walked he bank for a bit on the search. 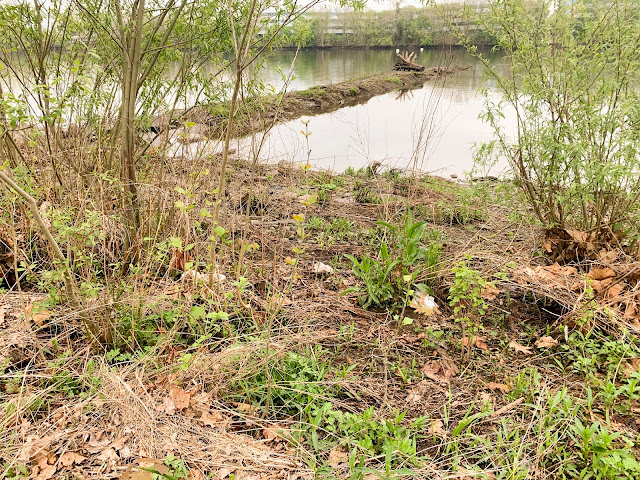 I ended the day where I started, water now lower and ripping. Still confident. I fished the seams, below the falls, on through the tailout. If there were herring around I would have seen them or hooked up with one of those herring flies. Back out it early tomorrow morning, one of these days it'll happen. It's been about 2 weeks without a bass, but there's still hope. 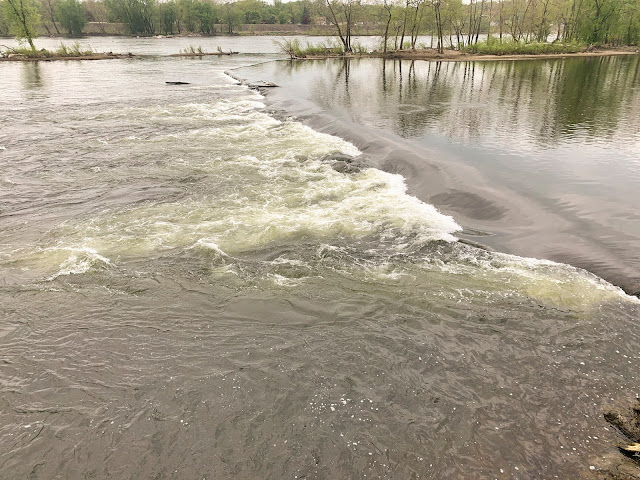 Posted by The Average Angler at 9:50 AM