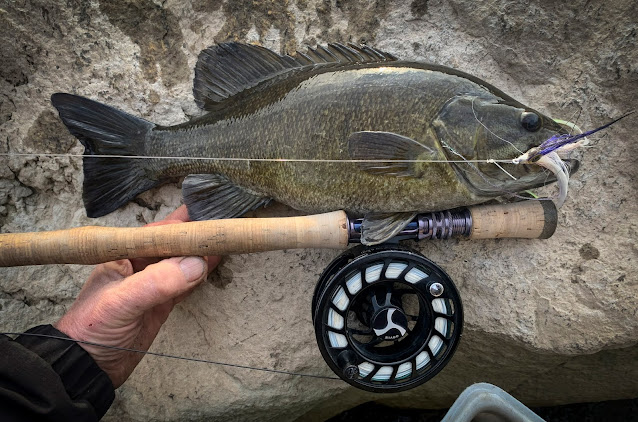 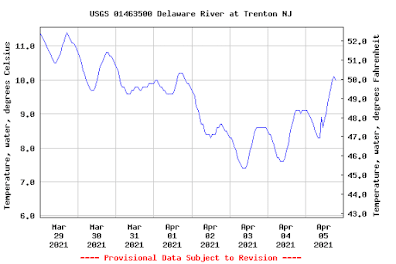 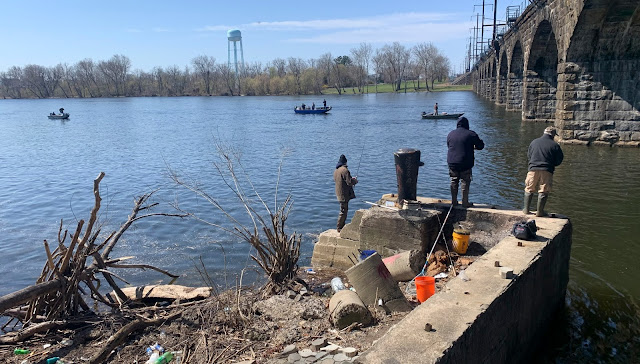 We're back to above 50 degrees. Shad are running good, as evidenced by the amount of guys out on foot and in the boats today on the higher tide. Saw lots of shad caught, no stripers, and one catfish

I saw landed from a guy in the boat trailing small shads behind. I gave it a few casts but the wind was howling down the river making it hard to cast and keep the 450 grain line down in the zone. With the water temps up its just a matter of time before that big fish grabs a fly, most likely when I'm not expecting it. Last year I fished hard, had one big fish, but this year so far caught three good fish already, and the best is yet to come. I can't say how nice it is to be able to fish the river that is across from my house for striped bass. 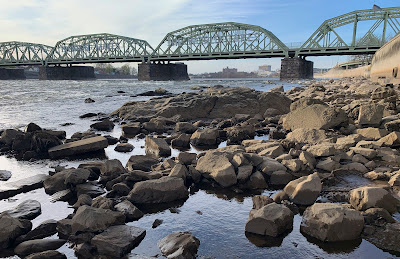 I went down just on the flip of dead low and worked to find water and the one smallmouth that hit hard that I thought was a striper. Not only was it nice beause the wind died down a bit, and catching a fish, but good to scout the terrain where I fish on the bigger tides. I have to start to think more like a bass, and picture where they may lie in the current, the seam, and slower pockets. Anyway now, just have to balance work and the tides and wait till 55 degrees, which should be in a few days. 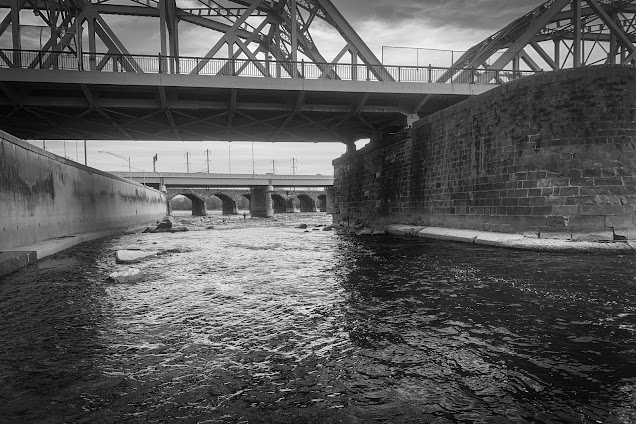 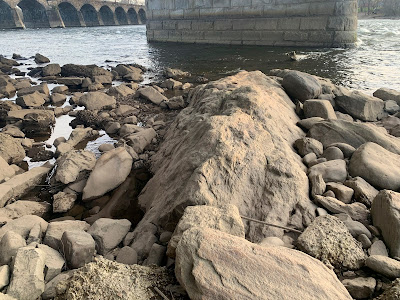