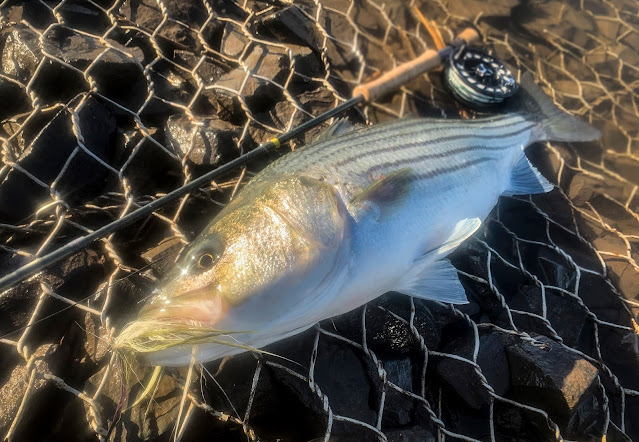 Nice to finally have one of those mornings. 11 bass with the biggest just over 32 inches, probably went about 16-17 pounds. The rest were all good fish from 26" up, most just a tad under or over keeper size. Only had one angler with me at the start, he was finishing up a 27 hour marathon where he caught over 100 fish, I saw him catch a dozen in short order before he left. 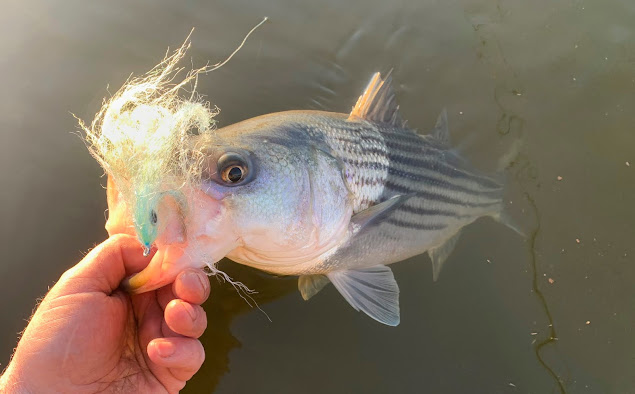 I tried a popper in the dark, went to a herring fly, that produced, before settling in and putting the hammer down with an Andrew fly, which in my opinion, is one of the best flys I have ever used, or seen swim. Now I know there are others, Taylor, Strkyer, Walley, to name a few, and this guy named Popovics ties a decent one, but Andrew's, well, are fantastic. So good, I donated one to a whopper of a fish that I almost brought to hand. And hand, the fly guy was the hot hand as the fish wouldn't take the poppers, chuggers, swimmers, shads, but wanted that fly. 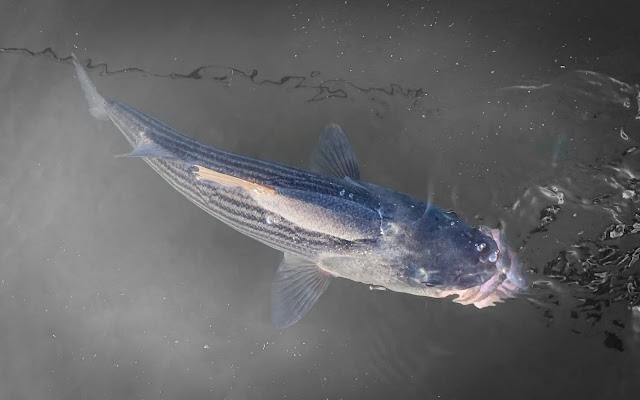 I cant believe I used to live near this water and just never dialed myself in. I'm hoping to find more, as every angler does, when you finally find the fish. If my wife only knew what is about to begin, moon, tides, fish. 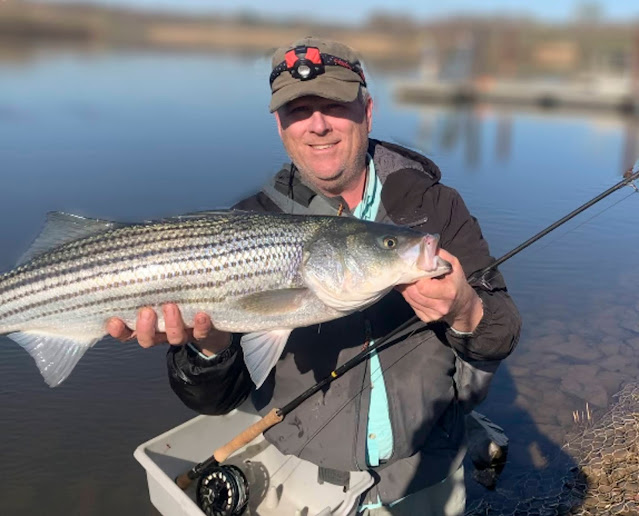 Posted by The Average Angler at 12:10 PM