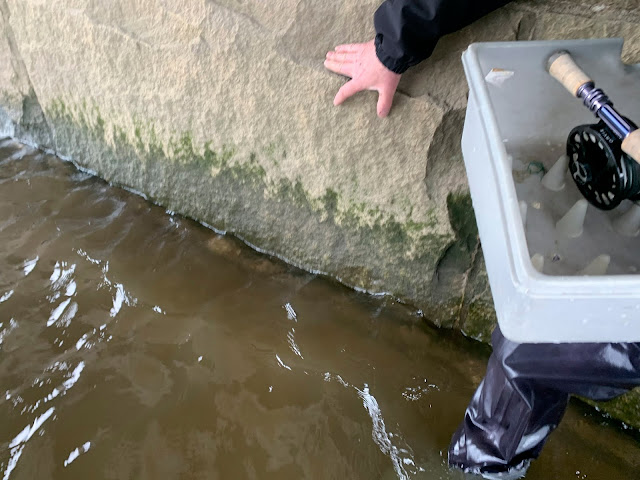 ...then you're not fly fishing the Delaware. So as you know by now there's a 9 foot tide in the Delaware River. Imagine that at your local jetty, where tides are about 3 feet. That means in the course of 6 hours it goes up or down about 1-1/2 feet per hour. Doesn't sound like much right? But it is. And what is even more interesting is how much that tide range affects where the fish hold, kind of like a tidal estuary. If there's little or no water, then it can't hold fish.
So the above image was taken as I "walked the line", or really ledge along one of the many walls that line the river from Hunterdon, Mercer and Burling counties, as well on the Pa side. The goal is to be able to get out to a rock, like below, to be able to find fish just outside the big current but in enough water to cover their heads. That picture below looks tame, but to get to it, and on top of 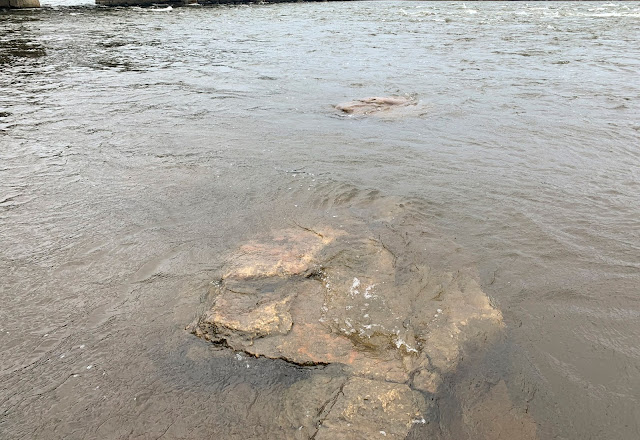 it calls for careful navigation and a few tense moments as at least once each time I think I'm going in. The picture below is just a reminder what it looks like around those big flat rocks. 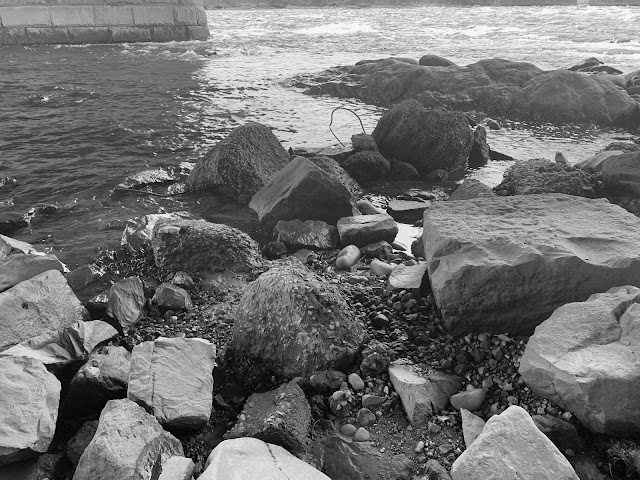 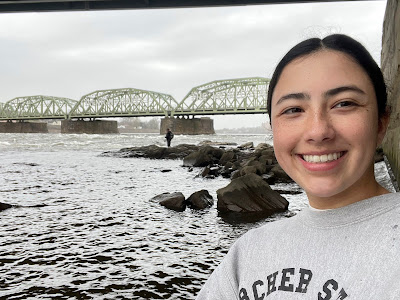 So we caught some fish just as the water temps crested 50 and the weather was more spring like then is has been and will continue to be. While the water temps have dropped a bit they were still holding around 50 degrees. I have fished hard the last four days, without a fish. I fished the high and 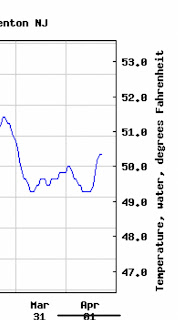 low tides on both sides of the river and after the three early fish I have just had a good pull in the last outings. Did I catch a "batch" of fish that were moving up? Has the up and down weather patterns shut them down? Is it over? 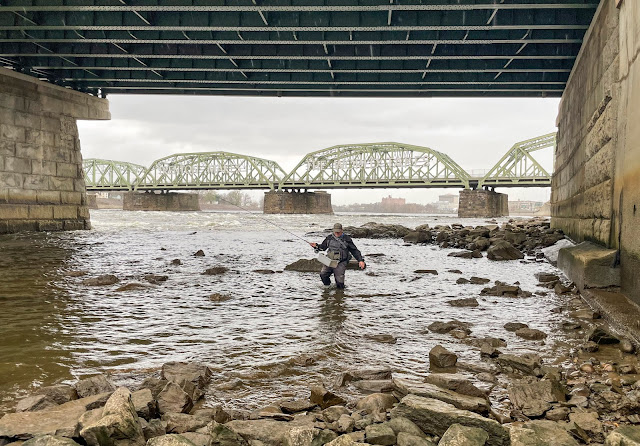 There is great temptation for me to run to the Raritan Bay. It has lit up, both for the sand and boat angler alike. Its not always easy, and its not always lights out fishing, but they are there and consistently eating the bunker or herring, and they are chasing artificials, plugs, rubber and flys. But I am going to pass, for now, and focus on my new home water. Everyday I would be in the Raritan or on the beach is another missed opportunity to learn or catch here in my backyard. 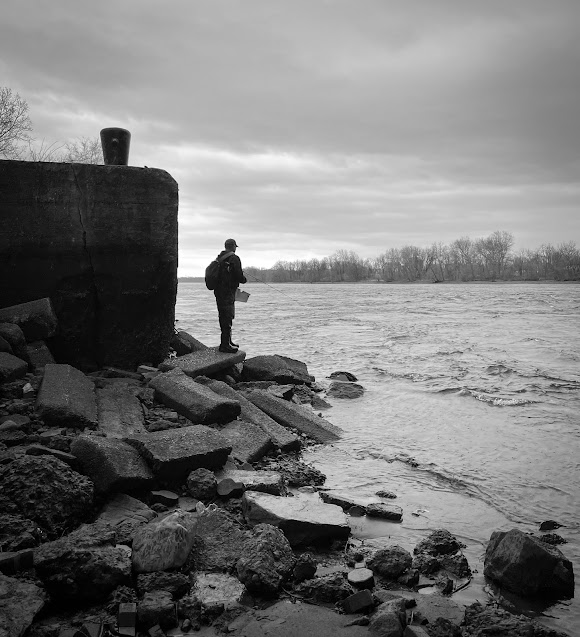 So for now I will wait. The air temperatures are back in the high 20's this week, winds are steady and gusting, and water temps, this morning (4/2/21) are back down to below 48 and dropping. I 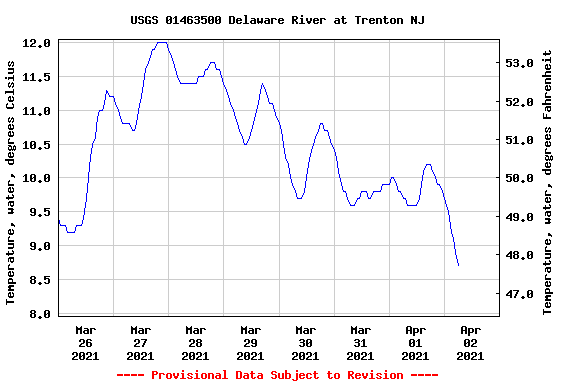 have donated at least a half a dozen good river flies this week, and frayed one sinking line on a rock. So my time should be put to good use in tying some flys and getting everything really ready for when things heat up, in more ways than one. 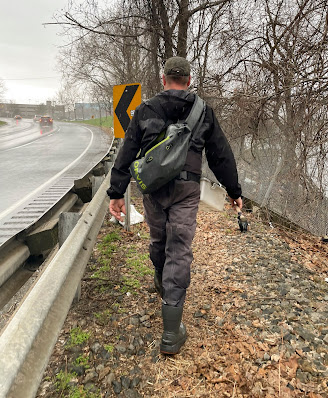 Posted by The Average Angler at 6:48 AM