Woke up at 5 and hit the snooze button. When I woke up the wind was bending the sliding glass doors inward on our forth floor facing east on the Navesink apartment. But I decided why not, you never know. I had a fly in mind, it was a large Clouser that was heavy, closest thing to a Bucktail I could find. 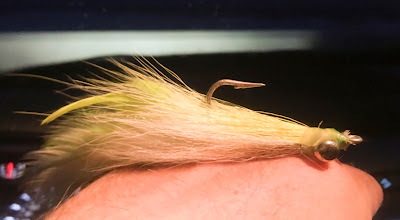 On my way I ran into a young woman who's hood had blown-up and shattered her windshield. There was no trying to out it back so, after creeping her out by offering her a ride to her job at Ocean Place, she called an Uber, scared from both the windshield incident and a ride offer from stranger-danger. 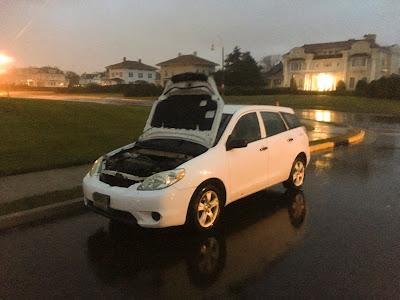 The wind was as predicted blowing NE around 40. The beach looked good but as more light came you could see how off color it was already. It was unfishable. I met Leif down there and we sat in the truck talking about WTF is going on with this fall run. We can't understand it. So after I explained to him my day on the Raritan yesterday I see this..... 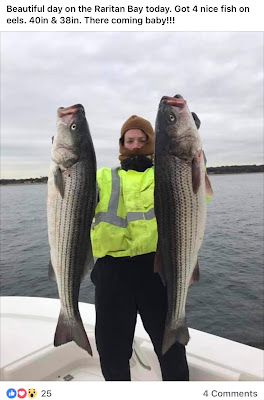 And while I know there are fish in the deepest parts around the Raritan/Sandy Hook/New York Bay(s), they're not my kind of fly-rod fish. Guys drifting eels in 35-60 feet of water or picking them up with plastic paddle tails or trolling spoons doesn't count for me. That's not an excuse, just a different type of fishing. And while on yesterday, below is a post on FB from Capt. Gene Quigley, it shows the size, again big to me, of the albies that were crushing rain bait yesterday. To me they kook like small yellow fin. 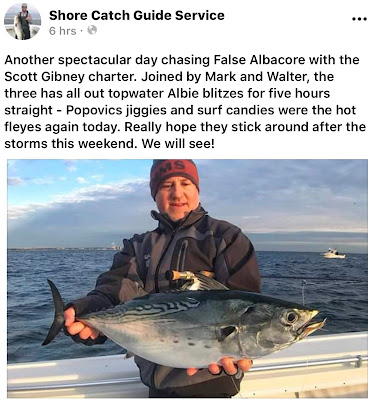 I went and checked the river to see if I could fish there with the wind at my back. Water was rushing in and too late for the fly rod. I felt like I was driving on the beach at times with the amount of sand on the roadway. Hopefully is was wind-driven sand and then wet with rain, rather than the water coming over the top- high tide is around 9am, and if it was from the waves then Sea Bright will be underwater.....again. 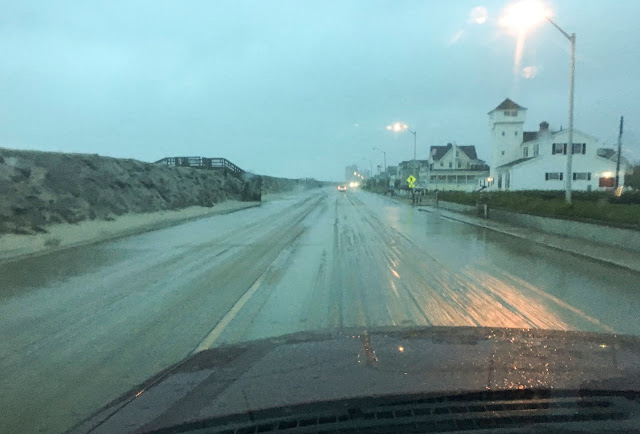 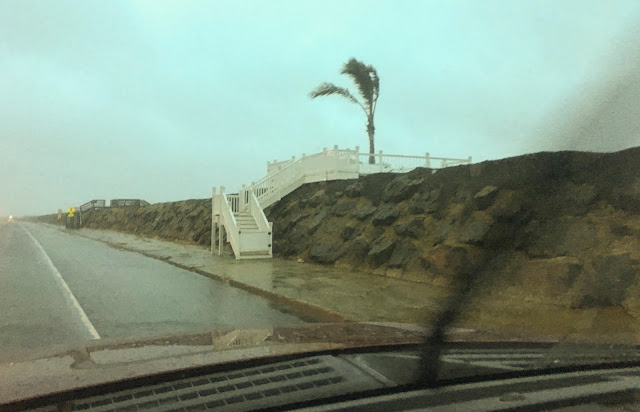 Posted by The Average Angler at 9:13 AM