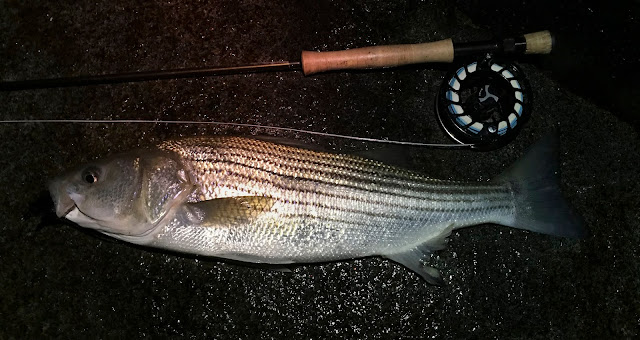 I learned a few things last night. Don't go to the well and annoy the wife about going fishing if its not going to be really good. It will only ruin your chances of getting out unscathed when it is. I made the mistake of asking her last night after a 10-hour day of clinical, "Hey, can I go fishing later?".....whoops there it is.

So I set my alarm for 320 am knowing high tide was at 445 ish. We the lazy tide not moving much water in and out I figured I would catch the end of the incoming and the start of the outgoing and be home by 730.

I was right on about the water, or lack of, in the sand-bar heavy stretch I was on. I threw a larger black Deciever for about an hour and a half without a bump. I met a young hardcore guy who had landed a nice 34" bass on another beat. With not a lot of water I decided to make a move.

I should have left but figured I would wait for first light. When it did come I could see why I may have not connected. The SW wind and S swell with the hard right to left sweep had things a little too off color for me in the dark.

I fished for about a half and hour and when I could see my fly so did this feisty schoolie that grabbed it when I was up on the groin. No other bumps and I was home by 730. 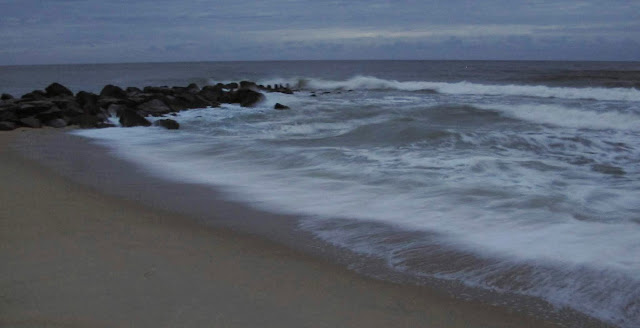 Posted by The Average Angler at 8:19 AM