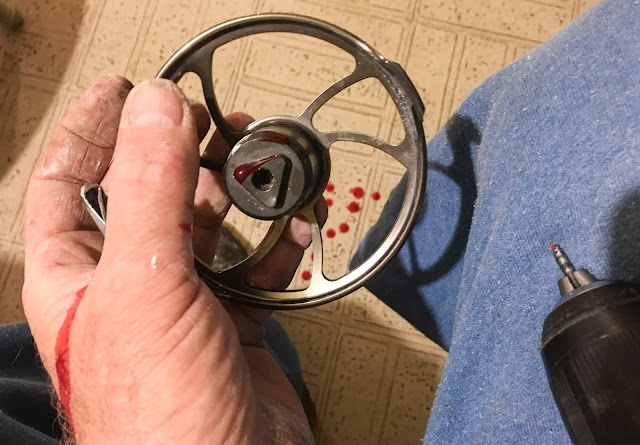 So I am in the process of going through my gear and updating where needed. I don't have the new Orvis Mirage reels nor the Helios 3 rods. I was never a tech guy having to have the latest and greatest. Problem is my gear gets a workout. Either from hard fishing, or more likely hard handling.

When I received my latest Recon and Clearwater 9ft 10wt's I was puzzled that my reels, both my older Mirage and newer Hydros wouldn't fit. No matter which way I put the reel foot into the reel seat it wouldn't fit into the undersized-fits-exactly reel hood. On my Heios 2 the reel hood was larger, or higher, and would take a reel that wasn't exactly true. 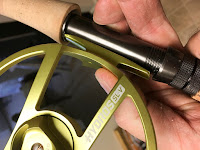 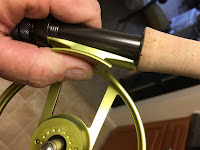 So I called my buddy over at Orvis and he took a new Recon and Hydros out of the box and gave them a try, "No, they fit just fine......" I have decided that my problem is I must have dropped the reels, although they look fine, or, they got bent from pressure while playing a lot of fish???, doubt that  one. So I reached out to Orvis and they said they can repair the reel foot(s) or could send them out which would be cheaper. That are around $9 a piece. I ordered two for the Mirage and two for the Hydros. 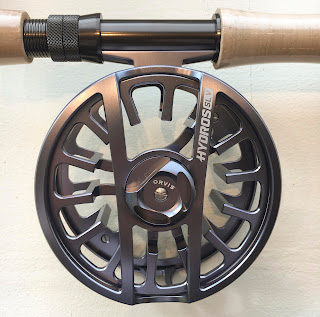 So here's the problem. On the Hydros the screws to change the reel foot is on the outside which is easily assessable. However on the older Mirage they are tiny Allen screws that face inward. I luckily had the Allen key but after years in the salt they were just about welded in. No worries I'll just drill them out. 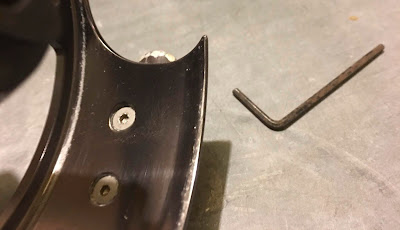 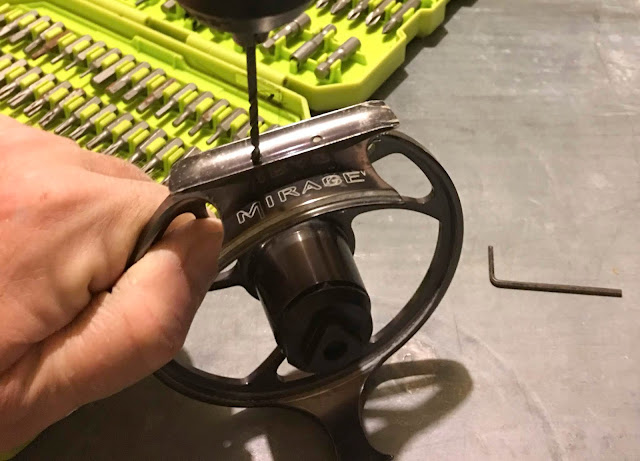 So as I drilled I was careful not to have my femoral artery or manhood under the reel. I went through close to where I needed to and then switched to a larger drill bit. I started to drill applying "good pressure" and then all of a sudden the dill bit snapped and I put the remaining part of the bit 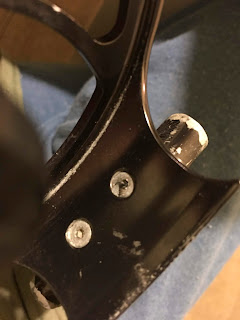 into my left thumb, well actually the web between the thumb and forefinger. Its gross but I actually screwed tissue out of my finger. After the cleanup I was able to separate the reel foot from the reel 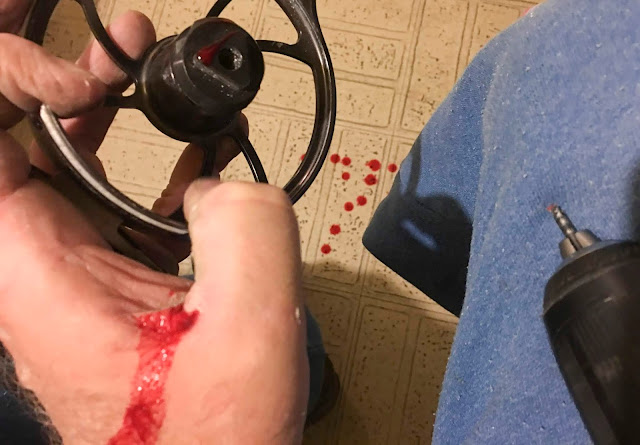 I see there is an aluminum piece that receives the allen screw and I drilled through both, but did elongate the hole in the reel, hopefully it will work. My advice to you if you have a similar problem it to just send the reel into Orvis and let them handle it. Trying to bend it, drill it, or even "open up" the hood on the rod reel seat will can only lead to additional damage or injury. 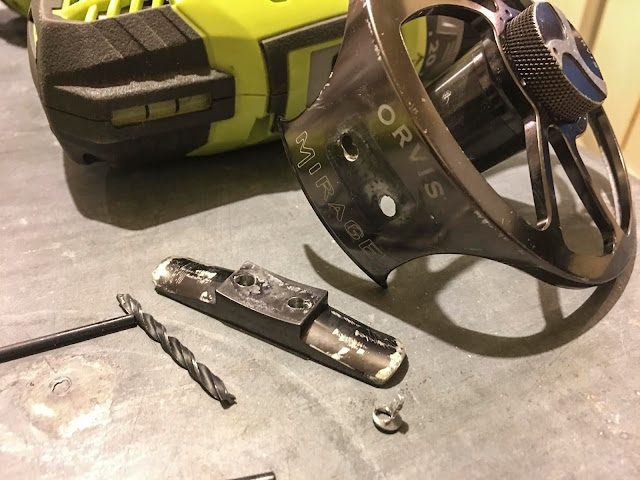 Posted by The Average Angler at 8:24 PM